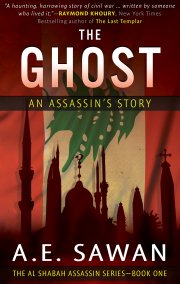 Are you horrified by what Bashar Al Assad, the president of Syria, is doing to his own people? Bombing civilians, burning cities and neighborhoods to the ground, killing babies by the thousands, turning millions of Syrians into refugees? When I tell you about his father, you may have to forgive him, for ruthlessness and the determination to hold on to power at all costs is his inheritance. It has been ingrained in him since birth.

His father, Hafez Al Assad, showed how it was done. In 1981, to quash a revolt in the Sunni Muslim city of Hama, his security forces executed at least 350 residents of the city of Hama and injured 600 more. These victims were chosen at random from the male population over the age of 14. The following year, Hafez sent his army to punish the insurgents again. This time he bombed the city by air and used T72 tanks. An estimated 20,000 to 40,000 residents died and over 100,000 were exiled. For this atrocity Syria received only a lame condemnation from the United Nations Commission on Human Rights.

Emboldened, Hafez was finally able turn his sights to expansion overtly and without the pretense of a peace force. The dream of a Greater Syria had long been a cornerstone of his Baath party’s doctrine. To realize the dream, he desperately needed Lebanon. He sent thousands of trained and well-armed PLO fighters to Lebanon to start a war under the guise of religion in 1975. When the PLO failed to conquer the Christian militias militarily, Hafez sent his own army.

During the war between the Syrian army and the various Lebanese Christian militias, Hafez Al Assad’s forces and their allies dropped one million bombs on the civilians in the Christian-defended areas.

Let me give you some perspective. Lebanon is half the size of New Jersey and the Christian militias controlled about a third of it. In other words, one million bombs were dropped on an area the size of Rhode Island. Leave aside for a moment the devastating effect on real estate and infrastructure – tens of thousands of civilians died, The Syrians assassinated every military and political leader they could. They openly pillaged the country and practiced terrorism in all its flavors for thirty-five years.

When Hafez died and Bashar took over in 2000, some naïve Lebanese thought it might get easier. Would having been educated in the United Kingdom make Bashar more human than his father? Not at all. He stayed loyal to his predecessor and continued on the same bloody, repressive path.

Now I see the headlines and the horrified people commenting on social media about the atrocities being committed in Syria. Why now? I wonder. Has the West become more sensitive? Where was everybody when Lebanon was being torn apart for Hafez Al Assad’s Greater Syria ambitions? Are the lives of the displaced and dead Lebanese less valuable than those of the Syrians?

As for who is the more brutal of the two Assads, I leave that up to the historians.

"O'Callaghan is back with a vengeance ..." -- Gregg Olsen, #1 New York Times bestselling author Is there a sociopathic killer on the loose and murdering prostitutes in New York City?  NYPD’s top cop, Homicide Commander Lieutenant John … END_OF_DOCUMENT_TOKEN_TO_BE_REPLACED

Tourism in New York City is under siege.  Visitors to the Big Apple have become targets of vengeful twins hell bent on exacting punishment on total strangers to right the hellacious wrongs perpetrated against them in a hellhole they called … END_OF_DOCUMENT_TOKEN_TO_BE_REPLACED

A sociopathic killer is using the internet to lure seemingly random women to their gruesome deaths in New York City.  During his heinous murderous spree this madman is extracting the bones of his victims.  His sheer brutality has the … END_OF_DOCUMENT_TOKEN_TO_BE_REPLACED

In an experiment to discover what secrets are hidden within the infinite vastness of the galaxy, scientists create a machine so powerful that it rips a hole through space and time. But instead of revealing the dark world of their own universe the … END_OF_DOCUMENT_TOKEN_TO_BE_REPLACED

What would a mad mullah actually do with a weapon of mass destruction? Simple. He would use it.   Derek Martell is in a dead end career, manning a fuel point in Eastern Iraq. It’s a far fall from a life of fortune and glory, but he’s … END_OF_DOCUMENT_TOKEN_TO_BE_REPLACED

In the backcountry of Idaho, a tribe of men are hunting and killing with a dream of returning the world to an earlier time. A time when courage and prowess in the field determined a man’s worth. A time when the strong took what they wanted, and … END_OF_DOCUMENT_TOKEN_TO_BE_REPLACED

On an Icelandic Island, an illegal experiment intended to create the perfect biological weapon has transformed a once-innocent creature into the biblical Leviathan that once terrorized the world. Able to shatter steel and granite as easily as it can … END_OF_DOCUMENT_TOKEN_TO_BE_REPLACED

Pilot Jake Silver is haunted by a cruel irony—he secretly suspects that he’s the reason Swede Bergstrom, the hero who saved his life, has fallen on hard times. Upon learning that Swede has been killed during the commission of a crime, the … END_OF_DOCUMENT_TOKEN_TO_BE_REPLACED

INCLUDES OVER 40 COLOR PHOTOGRAPHS! Frank Cullotta was best known for his exploits as an associate of the Chicago Outfit and his role as Tony Spilotro’s enforcer and street lieutenant in Las Vegas. However, he had another interest besides crime. … END_OF_DOCUMENT_TOKEN_TO_BE_REPLACED

What do Wyatt Earp, Belle Gunness, Big Foot the Renegade, Billy the Kid, and Dr. H.H. Holmes, and The Black Hand have in common? They were all subjects of true crime newspaper reporting in the 1800s, and now these stories and that of many others … END_OF_DOCUMENT_TOKEN_TO_BE_REPLACED

Will A Serial Killer Soon Walk The Streets Again? Don Miller was quiet and reserved.  As a former youth pastor, he seemed a devout Christian.  No one would have ever suspected that the recent graduate of the Michigan State University … END_OF_DOCUMENT_TOKEN_TO_BE_REPLACED

As the adopted son of two cult leaders, Benjamin Risha was raised to someday assume a place of leadership in the Tony and Susan Alamo Christian Foundation with the Bible, and his parents’ interpretation of it, as his guide. He believed the prophecies … END_OF_DOCUMENT_TOKEN_TO_BE_REPLACED