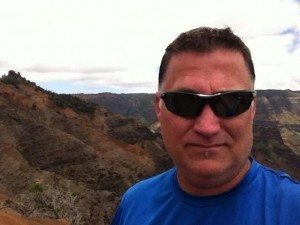 WildBlue Press Author Bradley Nickell was interviewed by Alan R. Warren, host of The House of Mystery Radio Show, on Phoenix KFNX 1100 AM radio a few weeks back. If you missed it, not a problem! The recording of the show is further down on the page. You’ll get to know Bradley more, learn about his path to becoming a writer, and information about the story behind Bradley’s incredibly popular true crime story, REPEAT OFFENDER.

KFNX is one of the top 100 most-listened to radio stations in the U.S. Host Alan Warren has his Masters Degree (MM) in Music from University of Washington in Seattle, Bachelor of Arts (BA) from the University of British Columbia in Vancouver, B.C. Canada, and Recording & Sound Engineering Diploma from the Juno Award Winning Bullfrog Studios in Vancouver B.C. Canada.

Thousands of readers are finding the book to be gripping and fast-paced. We’re thankful for the many reviews on Amazon that have made REPEAT OFFENDER the #1 customer-rated true crime book on Amazon! 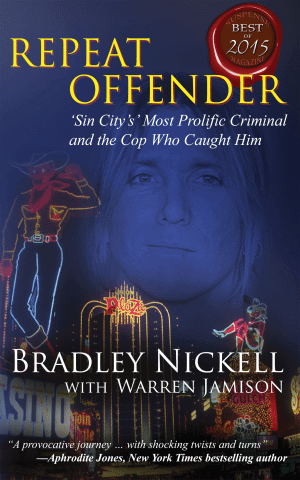 You think true crime isn’t your thing? Just consider this: REPEAT OFFENDER isn’t like most true crime stories. No dead bodies or gory crime scenes in this book. You’re going to find a psychological battle between a lifelong cop and a career criminal. There’s also a redemption story in the book that will leave you satisfied when good triumphs over evil.

REPEAT OFFENDER is also a memoir of sorts because the author, Bradley Nickell, was the lead detective in the investigation. You’ll forget you’re reading and you’ll be right there with Bradley, learning what his thoughts are as the investigation unfolds.

So make time for sleep and meals, because we think you’ll be like most readers who are saying they can’t put REPEAT OFFENDER down.

“Career criminals are hard to catch and even more difficult to send to prison. Daimon Monroe met his match when he decided to prey upon the citizens of Las Vegas. Repeat Offender is a fascinating, behind the scenes look at an investigation and prosecution of a notorious criminal. You won’t want to put it down”—David Roger, District Attorney of Clark County, NV (retired)

REPEAT OFFENDER is available in paperback and Kindle, and is on Audible and iTunes as an audio book.

Also, check out Bradley’s blog, NICKELL’S CORNER. You’ll get a deeper look into what made Bradley into the person and writer he is today.

Some Cases You Solve. Some Cases You Survive. Naval Criminal Investigative Service Special Agent, Tyrone Benhoff is in purgatory. That’s what agents call it when they find themselves on the wrong side of command and are transferred to a place … END_OF_DOCUMENT_TOKEN_TO_BE_REPLACED

New from award-winning author Terry Persun! After the murder of his wife and unborn child, the only time freelance tech investigator Ten feels alive is when he cuts himself. For the last few years, he has taken freelance investigative jobs. Some of … END_OF_DOCUMENT_TOKEN_TO_BE_REPLACED

Coming January 29th to REELZChannel™! The DEADLY ASSOCIATES documentary! Step into Chicago during the 1960s and ‘70s, where mobsters influence everyone from strip-club owners to Teamsters, aldermen, judges, and local police. It is a world where … END_OF_DOCUMENT_TOKEN_TO_BE_REPLACED

"Lizzette Martinez’s story embodies the fire energy that gives light and life to survivors all around her! Survivors need to see strength and perseverance despite opposition, and Lizzette models just that." - Melissa Schuman, actress and singer In … END_OF_DOCUMENT_TOKEN_TO_BE_REPLACED

Soon To Be A Documentary Series! My name is Suzanne Buchanan. There is an active arrest warrant for me in Thailand for articles I published on "The Backpacker Murders" as the former owner and editor of the Samui Times. I am a British citizen and had … END_OF_DOCUMENT_TOKEN_TO_BE_REPLACED

In this true crime-flavored novel, Detective William Boyett is called out on Mardi Gras evening in Mobile, Alabama to investigate the discovery of a young woman’s body wrapped in a carpet in a vacant lot a few blocks from the parade route. Over … END_OF_DOCUMENT_TOKEN_TO_BE_REPLACED