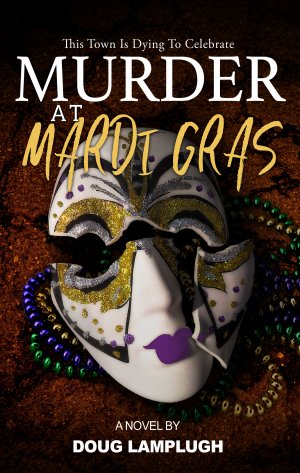 This Town Is Dying To Celebrate

In this true crime-flavored novel, Detective William Boyett is called out on Mardi Gras evening in Mobile, Alabama to investigate the discovery of a young woman’s body wrapped in a carpet in a vacant lot a few blocks from the parade route.
Over th… More

What if everyone is wrong?

After the murder of his wife and unborn child, the only time freelance tech investigator Ten feels alive is when he cuts himself. For the last few years, he has taken freelance investigative jobs. Some of those jobs have been with the government grou… More 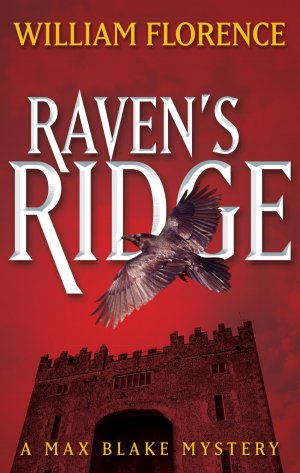 Hang onto your shamrocks and shillelaghs, folks. Max Blake, that hard-boiled private detective and former muck-raking journalist, along with his fearless fiancee Caeli Brown, are back in action and up to their Walther P99s in slick hypnotic robberies… More 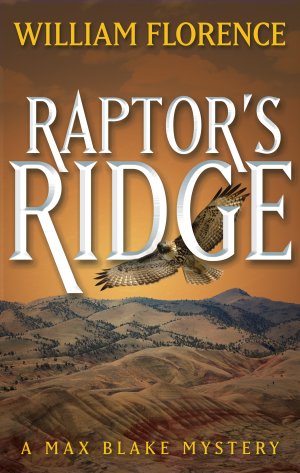 In this prequel to the exciting Max Blake Mystery books, Emerald Ridge and Melia’s Ridge, a mild-mannered college professor becomes an unlikely candidate to hunt down the killer of the town’s richest man and his movie star paramour. But as things pro… More 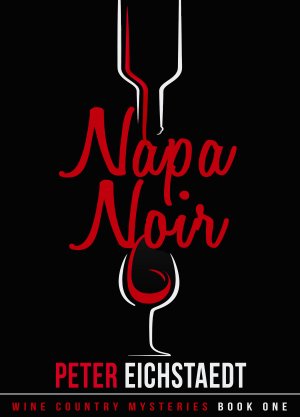 When northern California’s idyllic Napa Valley is shattered by the vineyard shooting deaths of two men, investigative-reporter-turned-wine-editor Dante Rath seizes the chance to salvage his sagging career.
One of the dead is the winery’s top inve… More 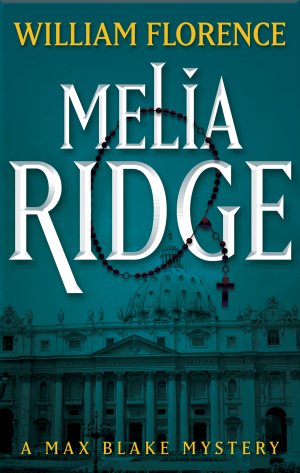 Hang on! Just a minute! When last we checked in with hard-boiled private eye and former muck-raking journalist Max Blake and his intrepid fiancee, Caeli Brown, they were traveling across the entirety of Ireland to find her Uncle Jack, only to see him… More 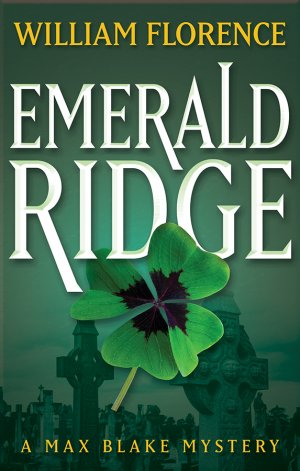 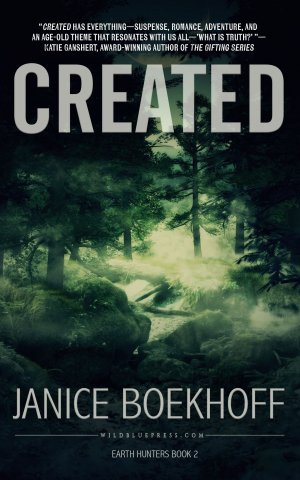 How far should he go to find the truth?
After his sister’s death sends him into the loving arms of God, Paleontology Professor Travis Perego fights to reconcile the career he’s devoted his life to with his fragile new faith. His struggle between e… More 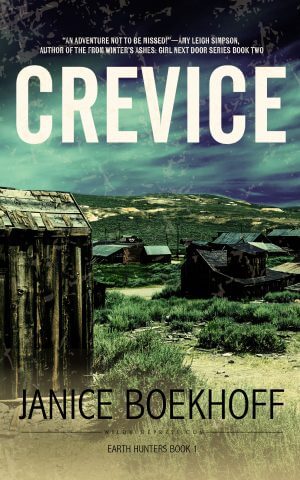 Desperate to save her family’s gold mine, Elery Hearst gives an order that results in the tragic death of one of her men. But before she can come to terms with the guilt consuming her, her brother disappears. To find him, she must find the legendary … More 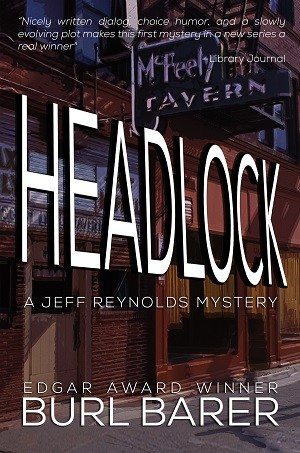 A paranoid recluse lures private eye author Jeff Reynolds into a complex web of deception, where delusions are deadly, life after death can be hell, and all roads lead to the McFeely Tavern. 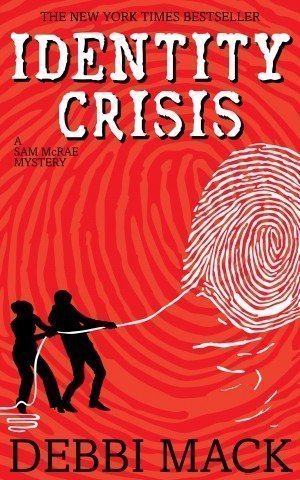 “Of suspense, Alfred Hitchcock once said, ‘There is no terror in the bang, only in the anticipation of it.’ Author Debbi Mack nails that statement in this tightly written tale about a flawed Maryland attorney, ‘Sam’ McRae, and her relentless search for a killer … Mack crafts a taut narrative with crackling dialogue.” – Aimee Zuccarini, The Maryland Women’s Journal

A simple domestic abuse case turns deadly when the alleged abuser is killed and Stephanie Ann “Sam” McRae’s client disappears. When a friend asks Sam to find Melanie Hayes, the Maryland attorney is drawn into a complex case of murder and identity the… More 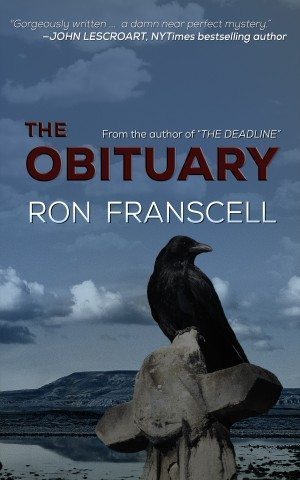 When a world-renowned forensic anthropologist journeys to Winchester, Wyoming, to examine the long-dead remains of a woman who claimed to be Etta Place – the Old West’s most mysterious and legendary female outlaw – he’s not expecting to find a man’s … More 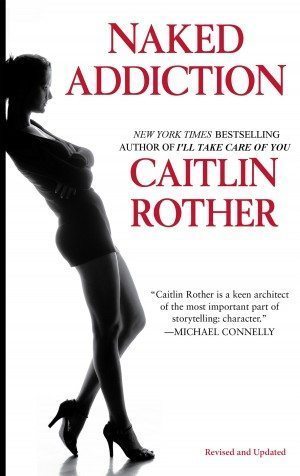 “With a journalist’s eye for the telling details of life, Caitlin Rother is a keen architect of the most important part of storytelling: character. … The people in her prose grip you tightly with their truth.” – Michael Connelly, NYTimes best-selling crime novelist

Tired of working undercover narcotics, police detective Ken Goode wants a transfer to homicide. After the Camus-reading surfer finds the body of a beautiful woman in an alley, he is assigned to head a team of relief detectives with the hopes of provi… More 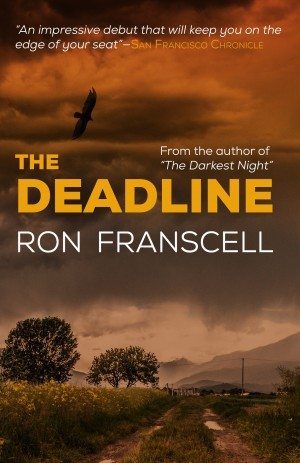 “Ron Franscell has undeniably hit his mark. His masterful storytelling strikes hard at the heart. It leaves his readers stunned one moment and tenderly moved the next. … a brilliant and engaging blend of fast-paced suspense, painstaking prose and characters so real they could drive down southbound I-25.” – Denver Post,

A dying convict’s last request thrusts small-town newspaperman Jefferson Morgan into a deadly maelstrom as he explores a fifty-year-old case of child murder – a wound his town still isn’t ready to scrape open. Under the heaviest deadline of his life,… More

It's the holidays again! You're probably searching for and picking out the perfect present for everyone on your list. Consider this your reminder to treat yourself to something nice this holiday season, like free audiobooks with our Holiday Audiobook … END_OF_DOCUMENT_TOKEN_TO_BE_REPLACED

It's always a good day for free audiobooks! That's right! Free audiobooks! Just a gift from us to you, our readers.   Browse by genre and select the cover to get more information and your free copy! Non-Fiction True Crime Business … END_OF_DOCUMENT_TOKEN_TO_BE_REPLACED

Soon To Be A Documentary Series! My name is Suzanne Buchanan. There is an active arrest warrant for me in Thailand for articles I published on "The … END_OF_DOCUMENT_TOKEN_TO_BE_REPLACED

In this true crime-flavored novel, Detective William Boyett is called out on Mardi Gras evening in Mobile, Alabama to investigate the discovery of a … END_OF_DOCUMENT_TOKEN_TO_BE_REPLACED

Terrifying things are happening to Kay Weden, a forty-something single mom and high school teacher in Salisbury, North Carolina. Despite having no known enemies, Kay’s home, car, and peace of mind are under attack throughout 1993. Most chilling … END_OF_DOCUMENT_TOKEN_TO_BE_REPLACED

In “The Garden State Parkway Murders,” true crime writer and attorney Christian Barth dives into the harrowing story of the unsolved murders of Elizabeth Perry and Susan Davis. College friends, the two women were brutally knifed to death and their … END_OF_DOCUMENT_TOKEN_TO_BE_REPLACED

Losing a young daughter to murder is the worst nightmare that a mother could possibly imagine, but what if the killer was her son? Charity Lee was thrust into this unimaginable situation when her 13-year-old son Paris murdered her beloved 4-year-old … END_OF_DOCUMENT_TOKEN_TO_BE_REPLACED

On a cold Southern night in 2013 under a full moon, 20-year-old Heather Elvis parked her car at a boat ramp along the Intracoastal Waterway and was never seen again.  The disappearance of the beautiful, vivacious hostess at a … END_OF_DOCUMENT_TOKEN_TO_BE_REPLACED

“Ferak chronicles the long and sordid history of the Manitowoc County Sheriff’s department and the reason Sweaty’s license was suspended. Framing Avery was just par for the course." -- Kathleen Zellner In 2016-17, while working for the USA TODAY … END_OF_DOCUMENT_TOKEN_TO_BE_REPLACED

Joe Mac was a legendary homicide detective until his vision was lost in the line of duty and he was forced into retirement. Now he lives a life of darkness, his only friend being a huge Raven that Joe Mac names “Poe.” But when Joe Mac’s grandson … END_OF_DOCUMENT_TOKEN_TO_BE_REPLACED

Winner of the 2020 INDEPENDENT PRESS AWARD and 2018 LITERARY EXCELLENCE PENCRAFT AWARD A practicing attorney, author Anne K. Howard first contacted Howell while he was serving a fifteen-year sentence for the murder of one of his seven victims. He … END_OF_DOCUMENT_TOKEN_TO_BE_REPLACED

Winner of 7 Literary Awards!  “THE CRATE is an important and impressive piece of work. I’m glad it was written, and I’m glad I read it.” -- Lee Child, #1 New York Times bestselling author of the Jack Reacher Series After surviving the horrors … END_OF_DOCUMENT_TOKEN_TO_BE_REPLACED

The True Story Behind The Hit Film 'Casino' From An ‘Enforcer’ Who Lived It The Chicago organized crime family known as the “Outfit” dates back to the reign of the infamous Al Capone and prohibition. As the years passed and prohibition was repealed, … END_OF_DOCUMENT_TOKEN_TO_BE_REPLACED

The Captivating "True Story Of The World's Premier Forensic Investigators" at NecroSearch International Updated and Revised! Now Available for the First Time As Kindle eBook, Audible and iTunes Editions! A body stuffed in a car trunk swallowed by … END_OF_DOCUMENT_TOKEN_TO_BE_REPLACED

Some Cases You Solve. Some Cases You Survive. Naval Criminal Investigative Service Special Agent, Tyrone Benhoff is in purgatory. That’s what agents call it when they find themselves on the wrong side of command and are transferred to a place … END_OF_DOCUMENT_TOKEN_TO_BE_REPLACED

New from award-winning author Terry Persun! After the murder of his wife and unborn child, the only time freelance tech investigator Ten feels alive is when he cuts himself. For the last few years, he has taken freelance investigative jobs. Some of … END_OF_DOCUMENT_TOKEN_TO_BE_REPLACED

Coming January 29th to REELZChannel™! The DEADLY ASSOCIATES documentary! Step into Chicago during the 1960s and ‘70s, where mobsters influence everyone from strip-club owners to Teamsters, aldermen, judges, and local police. It is a world where … END_OF_DOCUMENT_TOKEN_TO_BE_REPLACED

"Lizzette Martinez’s story embodies the fire energy that gives light and life to survivors all around her! Survivors need to see strength and perseverance despite opposition, and Lizzette models just that." - Melissa Schuman, actress and singer In … END_OF_DOCUMENT_TOKEN_TO_BE_REPLACED

Soon To Be A Documentary Series! My name is Suzanne Buchanan. There is an active arrest warrant for me in Thailand for articles I published on "The Backpacker Murders" as the former owner and editor of the Samui Times. I am a British citizen and had … END_OF_DOCUMENT_TOKEN_TO_BE_REPLACED

In this true crime-flavored novel, Detective William Boyett is called out on Mardi Gras evening in Mobile, Alabama to investigate the discovery of a young woman’s body wrapped in a carpet in a vacant lot a few blocks from the parade route. Over … END_OF_DOCUMENT_TOKEN_TO_BE_REPLACED