BETRAYAL IN BLUE: The Shocking Memoir of the Scandal That Rocked the NYPD is now available!Order your copy today!

NYPD officers Mike Dowd and Kenny Eurell knew there were two ways to get rich quick in Brooklyn’s Lower East Side. You either became drug dealers, or you robbed drug dealers. They decided to do both.

“I promised my wife that we would make a lot of money, and that she had nothing to worry about. I LIED!”

Dowd and Eurell ran the most powerful gang in New York’s dangerous 75th Precinct, the crack cocaine capitol of 1980s America. These “Cocaine Cops” formed a lucrative alliance with Adam Diaz, the kingpin of an ever-expanding Dominican drug cartel. Soon Mike and Ken were buying fancy cars no cop could afford, and treating their wives to levels of luxury not associated with a patrol officer’s salary.

They Were Daring, Dangerous and Untouchable Until …

Then “the biggest police scandal in New York history” exploded into the headlines with the arrest of Mike, Ken, and their fellow crooked cops. Released on bail, Mike offered Ken a long shot at escape to Central America—a bizarre plan involving robbery, kidnapping, and murder—forcing Ken to choose between two forms of betrayal.

“When you lie, you steal the truth. Once you have stolen the truth, you can justify stealing anything from anybody.”

Adapted from Ken Eurell’s shocking personal memoir, plus hundreds of hours of exclusive interviews with the major players, including former international drug lord, Adam Diaz, and Dori Eurell, revealing the truth behind what you won’t see in the hit documentary THE SEVEN FIVE. Edgar Award winner Burl Barer once again teams with award-winning journalist Frank C. Girardot, Jr, and Eurell to bring you an astonishing story of greed and betrayal.

An unusual call of shots fired in a residential neighborhood, not in their sector, offered an opportunity for New York Police Officer Ken Eurell and his partner Michael Dowd to grab money and drugs.

As we approach the front door we can see there is a DOA shot in the head. He’s in a pool of blood sort of blocking the doorway. We jump over the body and enter. There are voices coming from upstairs. We don’t see anyone.

All that’s running through my head is the question: “Are these perps or victims?”

We quickly scan and clear the ground floor.

The cops experienced an adrenaline rush that flowed from the absolute uncertainty of the situation.

Other units are starting to arrive on the scene, and the guys from Anti-Crime attempt to take over. Dowd and I go on a search of the house knowing the victim was most surely killed for drugs. 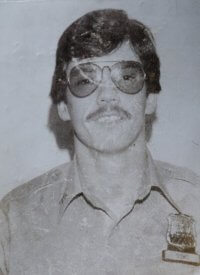 Michael Dowd from Islip, New York is labelled as America’s most corrupt Cop. The ex Cop has a documentary about his life of crime whilst being a cop.

In the front upstairs room we find an open safe. The safe is empty from what I see, but Dowd was alone in the room for a minute. That’s all it takes for him to shove money down his pants. With the house filling up with other cops I watch the door while Dowd re-ransacks the rest of the bedroom with me there. We find an ounce or two of herion a 9mm, and a MAC 10. Dowd puts the heroin in a paper lunch bag.

Just then one of the Anti-Crime cops tries to enter the space.

The good cop just backed out as I closed the door in his face. He clearly knew what we were doing, so we left him the guns and he never said anything. The cop who took the guns later retired as a hero detective.

Dowd didn’t have enough time to stuff the paper bag of heroin down his pants so he put it down on top of a garbage can at the top of the stairwell. Ken told his boss they were leaving the scene to get back to work. Their sergeant said that was a good plan as there were several calls for service that needed to be cleared.

The men then pulled a slight-of-hand, grabbing the heroin through a banister behind the boss’s back.

“You’re fucked up; you took that right in front of the boss!” Ken said as they left.

He was happy you told him we’re picking up a job.”

Instead of going to work, Mike and Ken headed to their makeshift headquarters at Auto Sound City. At the shop, which was owned by a man named Baron Perez, Ken and Mike hooked up with a dope dealer nicknamed “Gordo.” He earned the nickname for obvious reasons–mainly his weight. Gordo cut up the heroin, packaged it, and put in on the street. Ken and Mike got a small percentage, but it wasn’t anywhere what they were making in the cocaine trade.

I actually started writing my memoir in 1988 before my retirement. I was injured on the job and laid up with free time.

When I was sent back to work, it was off the streets and limited duty at the Applicant processing division.

Everything I had just been through in the Seven Five precinct was so surreal it was playing like a Hollywood movie over and over in my head.

No computer, not even a typewriter, just my thoughts pouring out onto scratch paper. It was extremely cathartic for me. Dates, places and events in a simple chronological order.

Then I retired in November of 1989 and put the memoir aside. I had a great collection of extreme police activity from the cocaine fueled 80s in Brooklyn North.

This was nowhere near complete but very self incriminating! I figured being retired I now had all the time in the world to complete my project. 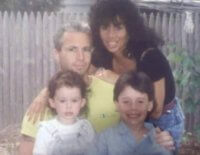 Raising a family during the day and not ready to give up the lure of easy money from the cocaine trade at night let dust collect on what now is Betrayal in Blue.

Fast forward three years to May, 6, 1992 my house is raided by Suffolk county narcotics.

While tearing through my house searching for drugs and paraphernalia (there was none) the officers managed to confiscate 3 cars and cash.

Fortunately for me in their haste they just threw my memoir, which basically amounted to a confession up in the air landing scattered all over my bedroom floor, whew!

After all the court cases & my probation was completed sometime in 1996 I went to work on completing the memoir.

I taught myself HTML and created a basic website entitled Behind the BLUE WALL…Kenneth Eurell life of a New York police officer.

I put a short version of the completed memoir online. I made half hearted attempts to find a publisher but mostly I was content having a historical record of the insane life I led and what I put my family through.

There it sat until August 9 2012 when I was contacted by director Tiller Russell who came across it while doing research for a police corruption documentary.

With the completion of the documentary, The Seven Five in 2014 I had a renewed interest in having my memoir published.

This time I decided to write true crime authors to partner up with. Thanks to Tampa Bay Times journalist Paul Guzzo I found my way to co-authors Burl Barer & Frank Girardot.

Together we have the hard hitting true crime novel BETRAYAL IN BLUE: The Shocking Memoir of the Scandal That Rocked The NYPD.

Listen To Kevin Pierce's Audiobook Sample Of BETRAYAL IN BLUE

They Had No Fear Of The Cops Because They Were The Cops NYPD officers Mike Dowd and Kenny Eurell knew there were two ways to get rich quick in Brooklyn's Lower East Side. You either became drug dealers, or you robbed drug dealers. They decided to do … END_OF_DOCUMENT_TOKEN_TO_BE_REPLACED

In the 1980s, there were two ways to make big bucks in the Big Apple: sell drugs or rob drug dealers. The main characters in this story did both, and they weren’t worried about the cops, because they were the cops. Drug dealers with a badge, … END_OF_DOCUMENT_TOKEN_TO_BE_REPLACED 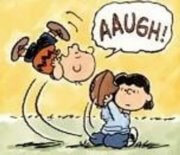 Working on the true crime book “Betrayal in Blue” reminded me of Charlie Brown from the comics. A classic Charlie Brown gag involves his nemesis Lucy and a football. She promises to hold it. He attempts to kick it. Inevitably Lucy pulls the … END_OF_DOCUMENT_TOKEN_TO_BE_REPLACED

They Had No Fear Of The Cops Because They Were The Cops NYPD officers Mike Dowd and Kenny Eurell knew there were two ways to get rich quick in Brooklyn's Lower East Side. You either became drug dealers, or you robbed drug dealers. They decided to do … END_OF_DOCUMENT_TOKEN_TO_BE_REPLACED

The Updated eBook-only Version of Edgar Award Winning Author's Shocking Story of Murder and Brutality " ... where for the first time an FBI profiler was allowed to testify and the controversial, pre-DNA science of allotyping was presented to a … END_OF_DOCUMENT_TOKEN_TO_BE_REPLACED

Burl Barer and Frank Girardot Jr. discussed the book on Investigation Discovery EPIC MYSTERIES on April 9, 2016 Frank Rodriguez, a much-loved counselor of troubled teens, lies dead on the bedroom floor.  His wife and step-daughter are in shock, … END_OF_DOCUMENT_TOKEN_TO_BE_REPLACED

The updated edition of Burl Barer's classic mystery noir with a streak of insanity. Available Now!  A WildBlue Press Mystery Classic A paranoid recluse lures private eye author Jeff Reynolds into a complex web of deception, where delusions are … END_OF_DOCUMENT_TOKEN_TO_BE_REPLACED

FOR THE FIRST TIME IN AUDIOBOOK FORMAT! On a snowy winter evening in 1982, twenty-one-year-old Mary Brown accepted a ride from a handsome stranger in the resort town of Breckenridge, Colorado. The trip ended with her brutally beaten and raped. … END_OF_DOCUMENT_TOKEN_TO_BE_REPLACED

UNDER A FULL MOON: The Last Lynching in Kansas tells of the tragic abduction and death of an eight-year-old girl at the hands of a repeat offender in 1932. This crime stands apart as the last mob lynching in Kansas. Based on true events, this account … END_OF_DOCUMENT_TOKEN_TO_BE_REPLACED

The World Encyclopedia of Serial Killers is the most comprehensive set of its kind in the history of true crime publishing. Written and compiled by Susan Hall, the four-volume set has more than 1600 entries of male and female serial killers from … END_OF_DOCUMENT_TOKEN_TO_BE_REPLACED

A little before midnight on May 30, 1997, fourteen-year-old Brandy DuVall waited at a bus stop in the Denver area for a ride back to her grandparents' home after spending the evening at a friend’s home. She was wearing a bright-red Chicago Bulls … END_OF_DOCUMENT_TOKEN_TO_BE_REPLACED

What do Wyatt Earp, Belle Gunness, Big Foot the Renegade, Billy the Kid, and Dr. H.H. Holmes, and The Black Hand have in common? They were all subjects of true crime newspaper reporting in the 1800s, and now these stories and that of many others … END_OF_DOCUMENT_TOKEN_TO_BE_REPLACED

As the adopted son of two cult leaders, Benjamin Risha was raised to someday assume a place of leadership in the Tony and Susan Alamo Christian Foundation with the Bible, and his parents’ interpretation of it, as his guide. He believed the prophecies … END_OF_DOCUMENT_TOKEN_TO_BE_REPLACED