Get DESTRUCTION OF JUSTICE
eBook

Janzen Robinson is no longer a man torn between two worlds, having decided to come off the bench and dive head first into Cleveland’s magical underworld. With his new partner and perpetually exhausted friend Grove, he’s just starting to get a handle on all the supernatural happenings when disaster shows up at their doorstep and doesn’t even have the decency to knock.

Gale stands accused of disrupting the Balance, and Janzen finds himself abruptly tasked with finding out who’s behind the accusation. It’s a charge as serious as it is vague, at least to Janzen, but that doesn’t stop the two governing bodies of the In-Between from showing up in his hometown and unleashing a Blind Judge to exact justice.

The House of Unet and the Tribe of Masarou don’t share Janzen’s sense of humor, nor do they have anything in the way of patience or lenience when it comes to dealing with infractions of their laws. Janzen’s already impossible job only gets harder when he finds the fingerprints of old enemies all over this case.

Now, with a wanted fugitive hiding in their makeshift headquarters and the entire magic community painting a target on his back, Janzen and Grove must step outside their normal alliances for help while attempting to stay ahead of the brutal enforcers hot on their trail in their attempt to get to the bottom of who it was that framed Gale…

…if she was framed at all.

DESTRUCTION OF JUSTICE by Lawrence Davis 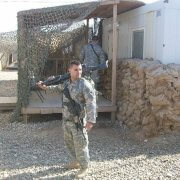 Warning: this could have some quasi-spoilers. The Stalker was, to me, a physical embodiment of PTSD. You see, this actually started as a project in therapy, and it’s also the thing that made me pay closer attention to my subconscious. The first … END_OF_DOCUMENT_TOKEN_TO_BE_REPLACED

Janzen Robinson is no longer a man torn between two worlds, having decided to come off the bench and dive head first into Cleveland’s magical underworld. With his new partner and perpetually exhausted friend Grove, he’s just starting to get a handle … END_OF_DOCUMENT_TOKEN_TO_BE_REPLACED

In 2018, WildBlue Press released 29 new titles! Among those titles, twenty-one were under the true crime genre, four were thrillers, two mysteries, and one business book as well as one fantasy book. From winning awards to being featured on … END_OF_DOCUMENT_TOKEN_TO_BE_REPLACED 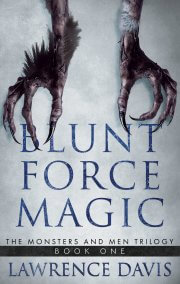 "A modern fantasy with a touch of noir, a dash of detective thriller, and a sprinkling of humor throughout. A really fun debut novel."--Steve Jackson, New York Times bestselling author of MONSTER. Janzen Robinson is a man between torn worlds. Five … END_OF_DOCUMENT_TOKEN_TO_BE_REPLACED 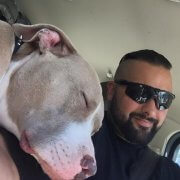 DENVER. Dec. 28, 2017: After spending six years as an Army Infantryman, Lawrence Davis, returned to civilian life, adopted a Pitbull named Max to help cope with the transition, and began to write. “Max saw me through some of the darker periods of … END_OF_DOCUMENT_TOKEN_TO_BE_REPLACED 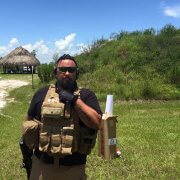 Some Cases You Solve. Some Cases You Survive. Naval Criminal Investigative Service Special Agent, Tyrone Benhoff is in purgatory. That’s what agents call it when they find themselves on the wrong side of command and are transferred to a place … END_OF_DOCUMENT_TOKEN_TO_BE_REPLACED

TRIBULATIONS is the anticipated and exciting sequel to HAPPENSTANCE, the SciFi/TechnoThriller novel that introduced Blake Thompson to the world. September 11, 2029. It’s been almost a year since Blake Thompson discovered an alien ship near … END_OF_DOCUMENT_TOKEN_TO_BE_REPLACED

"O'Callaghan is back with a vengeance ..." -- Gregg Olsen, #1 New York Times bestselling author Is there a sociopathic killer on the loose and murdering prostitutes in New York City?  NYPD’s top cop, Homicide Commander Lieutenant John … END_OF_DOCUMENT_TOKEN_TO_BE_REPLACED

Tourism in New York City is under siege.  Visitors to the Big Apple have become targets of vengeful twins hell bent on exacting punishment on total strangers to right the hellacious wrongs perpetrated against them in a hellhole they called … END_OF_DOCUMENT_TOKEN_TO_BE_REPLACED

A sociopathic killer is using the internet to lure seemingly random women to their gruesome deaths in New York City.  During his heinous murderous spree this madman is extracting the bones of his victims.  His sheer brutality has the … END_OF_DOCUMENT_TOKEN_TO_BE_REPLACED

In an experiment to discover what secrets are hidden within the infinite vastness of the galaxy, scientists create a machine so powerful that it rips a hole through space and time. But instead of revealing the dark world of their own universe the … END_OF_DOCUMENT_TOKEN_TO_BE_REPLACED

What would a mad mullah actually do with a weapon of mass destruction? Simple. He would use it.   Derek Martell is in a dead end career, manning a fuel point in Eastern Iraq. It’s a far fall from a life of fortune and glory, but he’s … END_OF_DOCUMENT_TOKEN_TO_BE_REPLACED

In the backcountry of Idaho, a tribe of men are hunting and killing with a dream of returning the world to an earlier time. A time when courage and prowess in the field determined a man’s worth. A time when the strong took what they wanted, and … END_OF_DOCUMENT_TOKEN_TO_BE_REPLACED

Due to Sullivan’s extensive writing about Ted Bundy (which has produced six books), he’s become a sort of magnet over the years, drawing out many people who were part of the Bundy story, but have otherwise kept a low profile over the decades; and … END_OF_DOCUMENT_TOKEN_TO_BE_REPLACED

Volume One The Early Years In 1944 Brooklyn, newborn Michael J. Hardy is rejected by his mother so she can run with gangster Bugsy Siegel, Hardy’s godfather. Shirley Rook rose to the top of the criminal ranks. As the Queen of New York City … END_OF_DOCUMENT_TOKEN_TO_BE_REPLACED

This is the true story of Carmine Imbriale – a gambler, a brawler, a bandit, a bookie, an enforcer. For two decades, Imbriale was a street-level operative in one of the most violent crews in the Colombo Family, and he endeared himself to some of the … END_OF_DOCUMENT_TOKEN_TO_BE_REPLACED

Ten must track down and stop rogue scientists behind the development of criminal technology in THE HUMANZEEE EXPERIMENTS, the next installment of The 'Ten' Mystery Series! The International Security for Technological Innovations, a federal … END_OF_DOCUMENT_TOKEN_TO_BE_REPLACED

A 1986 family tragedy propels this gripping true crime debut as a mother searches for answers in the shocking murder of her husband—and conviction of her son. For years, Cherie struggles to overcome the consuming grief she suffers from the loss of … END_OF_DOCUMENT_TOKEN_TO_BE_REPLACED

It was a dreary winter afternoon in Ayer, Massachusetts, a quintessential New England town, the type which is romanticized in Robert Frost's poems. But on January 30, 1979, a woman’s scream was heard piercing the northeast tempest wind. In an … END_OF_DOCUMENT_TOKEN_TO_BE_REPLACED