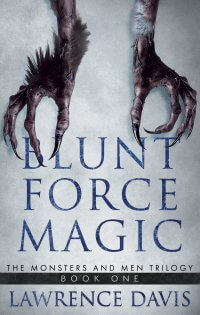 “A modern fantasy with a touch of noir, a dash of detective thriller, and a sprinkling of humor throughout. A really fun debut novel.”–Steve Jackson, New York Times bestselling author of MONSTER.

Janzen Robinson is a man between torn worlds. Five years removed from a life as an apprentice to a group of do-gooding heroes who championed the fight against supernatural evils, the once-promising student is now a package courier going through the daily grind, passing time at a hole-in-the-wall bar and living in a tiny, run-down apartment on the south side of Cleveland, Ohio.

Then fate (or a case of bad timing) brings him face to face with a door that’s got his old life written all over it. From the ancient recesses of unyielding darkness known as the Abyss, a creature has been summoned: a Stalker, a predator whose real name is forbidden to be spoken aloud. It’s a bastardization of the natural order, a formidable blend of dark magic and primal tenacity. Its single-minded mission? Ending the life of a fiery, emerging young witch.

Thrust into the role of protector, a role once reserved for those he’d lost years ago, the out-of-practice Artificer not only has to return to a life he’d left behind, but must relive that painful past while facing down the greatest threat to come to our world in a century. Janzen will have to journey through the magical underbelly of the city and not only stay one step ahead of an unstoppable monster hellbent on destruction but try and figure out why it’s been brought to our world in the first place. Past wounds are reopened as Janzen looks to old friends, a quiet stranger, and his own questionable wits to see them all to the other side of this nightmare that may cost him his life and, quite possibly, the world itself.

“A realism that makes you laugh, makes you cringe, makes you horrified, and makes you glad you’re not part of the story! … Lawrence Davis is a writer to watch!”–James Byron Huggins, International Bestselling Author of The Reckoning and Hunter. 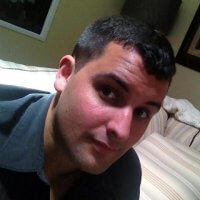 The vampire was an apex predator. It boasted a conglomeration of traits collected from all the top-tier predators, an aberrant abomination of pure lethality. Its forked tongue was tasting the air, trying to wrangle my scent from out of the atmosphere so it could fixate on me. Its fluid movement was a bit stilted, the sluggishness a result from the Stalker piggybacking its already stunted consciousness. That didn’t make it any less dangerous, though.

Nearing my scent, that scaly disgrace of the natural order shuddered in excitement. It was just about to pounce and rip me apart, render open my flesh and feast on my innards when a loud wail of music cut through the makeshift PA system we’d installed inside the warehouse. To its credit, the thing still stayed focus on my smell and tore through the cardboard box impeding it from where I must have been. My only regret was not being able to see the shock smeared across its ugly face when it realized I wasn’t on the other side.

Its skull caved in with one well-aimed swing, the meaty spire of the bat wrung hard off the ugly bastard’s now-disfigured head. Ambient energy resonated in the reverberating wooden shaft before being assimilated by the sigils carved into it. I took a grim gratification in stomping the confused look off its gruesome face as it lay there dying without ever knowing how I managed to throw my scent or befuddle its superior senses. How it, a predator of all mankind, could have been so thoroughly duped by a mere mortal. My glance cut to the dangling piece of dirty fabric nailed to the pillar in the center of the room, a remnant of the shirt I shredded for this very reason. Suddenly the skin-searing, scalding hot shower and odor-eating lotion I had lathered myself in seemed worth it. 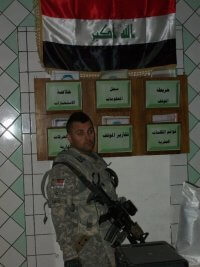 The book to me was supposed to keep an element of reality in the supernatural. Originally it started as a kind of cathartic exercise as I struggled to come to terms with Post Traumatic Stress Disorder after serving as a combat veteran with the U.S. Army. The book just came to life from there. As I wrote, I realized I wanted the influence to be a mix of all the science fiction books and comics that I obsessed over in my youth, as well as the hardships that I endured in my adult life.

Some Cases You Solve. Some Cases You Survive. Naval Criminal Investigative Service Special Agent, Tyrone Benhoff is in purgatory. That’s what agents call it when they find themselves on the wrong side of command and are transferred to a place … END_OF_DOCUMENT_TOKEN_TO_BE_REPLACED

TRIBULATIONS is the anticipated and exciting sequel to HAPPENSTANCE, the SciFi/TechnoThriller novel that introduced Blake Thompson to the world. September 11, 2029. It’s been almost a year since Blake Thompson discovered an alien ship near … END_OF_DOCUMENT_TOKEN_TO_BE_REPLACED

"O'Callaghan is back with a vengeance ..." -- Gregg Olsen, #1 New York Times bestselling author Is there a sociopathic killer on the loose and murdering prostitutes in New York City?  NYPD’s top cop, Homicide Commander Lieutenant John … END_OF_DOCUMENT_TOKEN_TO_BE_REPLACED

Tourism in New York City is under siege.  Visitors to the Big Apple have become targets of vengeful twins hell bent on exacting punishment on total strangers to right the hellacious wrongs perpetrated against them in a hellhole they called … END_OF_DOCUMENT_TOKEN_TO_BE_REPLACED

A sociopathic killer is using the internet to lure seemingly random women to their gruesome deaths in New York City.  During his heinous murderous spree this madman is extracting the bones of his victims.  His sheer brutality has the … END_OF_DOCUMENT_TOKEN_TO_BE_REPLACED

In an experiment to discover what secrets are hidden within the infinite vastness of the galaxy, scientists create a machine so powerful that it rips a hole through space and time. But instead of revealing the dark world of their own universe the … END_OF_DOCUMENT_TOKEN_TO_BE_REPLACED

What would a mad mullah actually do with a weapon of mass destruction? Simple. He would use it.   Derek Martell is in a dead end career, manning a fuel point in Eastern Iraq. It’s a far fall from a life of fortune and glory, but he’s … END_OF_DOCUMENT_TOKEN_TO_BE_REPLACED

In the backcountry of Idaho, a tribe of men are hunting and killing with a dream of returning the world to an earlier time. A time when courage and prowess in the field determined a man’s worth. A time when the strong took what they wanted, and … END_OF_DOCUMENT_TOKEN_TO_BE_REPLACED

Some Cases You Solve. Some Cases You Survive. Naval Criminal Investigative Service Special Agent, Tyrone Benhoff is in purgatory. That’s what agents call it when they find themselves on the wrong side of command and are transferred to a place … END_OF_DOCUMENT_TOKEN_TO_BE_REPLACED

New from award-winning author Terry Persun! After the murder of his wife and unborn child, the only time freelance tech investigator Ten feels alive is when he cuts himself. For the last few years, he has taken freelance investigative jobs. Some of … END_OF_DOCUMENT_TOKEN_TO_BE_REPLACED

Coming January 29th to REELZChannel™! The DEADLY ASSOCIATES documentary! Step into Chicago during the 1960s and ‘70s, where mobsters influence everyone from strip-club owners to Teamsters, aldermen, judges, and local police. It is a world where … END_OF_DOCUMENT_TOKEN_TO_BE_REPLACED

"Lizzette Martinez’s story embodies the fire energy that gives light and life to survivors all around her! Survivors need to see strength and perseverance despite opposition, and Lizzette models just that." - Melissa Schuman, actress and singer In … END_OF_DOCUMENT_TOKEN_TO_BE_REPLACED

Step inside the death chamber and behind the walls of Ohio’s death row. Bill Kimberlin, Psy.D, invites the reader on an extensive and unbiased journey inside Ohio’s death row in WATCH ME DIE: Last Words From Death Row. You will see how these … END_OF_DOCUMENT_TOKEN_TO_BE_REPLACED

Some Cases You Solve. Some Cases You Survive. Naval Criminal Investigative Service Special Agent, Tyrone Benhoff is in purgatory. That’s what agents call it when they find themselves on the wrong side of command and are transferred to a place … END_OF_DOCUMENT_TOKEN_TO_BE_REPLACED

New from award-winning author Terry Persun! After the murder of his wife and unborn child, the only time freelance tech investigator Ten feels alive is when he cuts himself. For the last few years, he has taken freelance investigative jobs. Some of … END_OF_DOCUMENT_TOKEN_TO_BE_REPLACED

Coming January 29th to REELZChannel™! The DEADLY ASSOCIATES documentary! Step into Chicago during the 1960s and ‘70s, where mobsters influence everyone from strip-club owners to Teamsters, aldermen, judges, and local police. It is a world where … END_OF_DOCUMENT_TOKEN_TO_BE_REPLACED

"Lizzette Martinez’s story embodies the fire energy that gives light and life to survivors all around her! Survivors need to see strength and perseverance despite opposition, and Lizzette models just that." - Melissa Schuman, actress and singer In … END_OF_DOCUMENT_TOKEN_TO_BE_REPLACED

Soon To Be A Documentary Series! My name is Suzanne Buchanan. There is an active arrest warrant for me in Thailand for articles I published on "The Backpacker Murders" as the former owner and editor of the Samui Times. I am a British citizen … END_OF_DOCUMENT_TOKEN_TO_BE_REPLACED

In this true crime-flavored novel, Detective William Boyett is called out on Mardi Gras evening in Mobile, Alabama to investigate the discovery of a young woman’s body wrapped in a carpet in a vacant lot a few blocks from the parade route. Over … END_OF_DOCUMENT_TOKEN_TO_BE_REPLACED