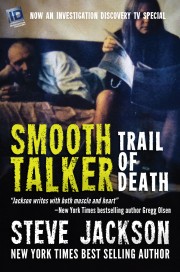 The body of Anita Andrews, the owner and bartender at Fagiani’s Cocktail Lounge in Napa, California was found in her bar …

… raped, beaten, and stabbed to death in a bloody frenzy. She’d last been seen alive the night before talking to a drifter who sat at the end of the bar, playing cards and flirting with her. But the stranger, along with Anita’s Cadillac, had disappeared. Unable to locate  a suspect, police investigators sadly watched the case grow cold over the years. 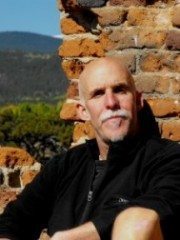 Meanwhile a month after Anita’s murder, young Michele Wallace, was driving down a road in the mountains near Crested Butte, Colorado, when she gave two stranded motorists, Chuck Matthews and a man named Roy, a ride. Dropping Matthews off at a bar in Gunnison, she agreed to take “Roy” to his truck. She was never seen alive again, nor could a massive search of the mountains locate her remains. The trail leading to her killer also ran into deadends.

Fourteen years later, Charlotte Sauerwin, engaged to be married, met a smooth-talking man at a Laundromat in Livingston Parish, Louisiana. The next evening, her body was found in the woods; she’d been raped, tortured, and her throat slashed. The police suspected her fiance, Vince LeJeune, though he proclaimed his innocence to anyone who would listen. Meanwhile, the man from the Laundromat couldn’t be located.

The three murders would remain unsolved, eating at the hearts, minds and lives of the women’s families, friends and communities. Then in the early 1990s, a rookie Gunnison County sheriff’s investigator named Kathy Young began looking into the Wallace case and identified a suspect named Roy Melanson, a serial rapist from Texas. SMOOTH TALKER is the story of Melanson, his depredations, and the intrepid police work that went into bringing him to justice.

From The Preface of SMOOTH TALKER: 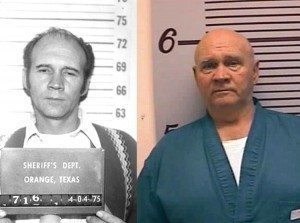 He’s just a fat old man rotting away in a Colorado prison.

Terrified that he’s going to die behind concrete walls, steel bars and concertina razor wire, he spends his days filing appeals and writs in a never-ending stream of bullshit and lies. But he’ll die in prison. If not that one, then another, or another; they’re lined up like graves in a cemetery waiting for him. And there’d probably be others if someone wanted to go through the effort of making him pay for all the death, despair and ruined lives he’s caused. Just an evil old monster waiting for final justice.

But back in the day he’d been a charmer with his blue eyes and that soft south-Texas drawl. Not particularly handsome and already losing his hair by his thirties, but boy could he spin a tale. The Good Samaritan who’d offer to help with a flat tire, or clear some brush, or fix an applicance. Or just tell a good yarn about the places he’d been, the things he’d done. A smooth-talking son of bitch … a real lady killer.

Those readers familiar with my book NO STONE UNTURNED: The True Story of The World’s Premier Forensic Investigators will recognize the story of Michele Wallace and Melanson’s role in her death from a chapter in that book. However, SMOOTH TALKER fills in the gaps of the Wallace case and puts it into context with Melanson’s other murderous deeds, painting a complete picture of this evil man and his impact on his innocent victims living and dead.

A little before midnight on May 30, 1997, fourteen-year-old Brandy DuVall waited at a bus stop in the Denver area for a ride back to her grandparents' home after spending the evening at a friend’s … END_OF_DOCUMENT_TOKEN_TO_BE_REPLACED

FOR THE FIRST TIME IN AUDIOBOOK FORMAT! On a snowy winter evening in 1982, twenty-one-year-old Mary Brown accepted a ride from a handsome stranger in the resort town of Breckenridge, Colorado. The … END_OF_DOCUMENT_TOKEN_TO_BE_REPLACED

Book 3 Pre-Order Coming Soon! In March 2009, pretty, vivacious Rhonda Casto plunged to her death from a 300-foot cliff in the Oregon woods. The only witness, Stephen Nichols, the father of her … END_OF_DOCUMENT_TOKEN_TO_BE_REPLACED

The Night A Twisted Fantasy Became Demented Reality They thought about their evil fantasy for months. Then, wound up like clockwork toys ... they acted. In April 1997, pretty, 22-year-old … END_OF_DOCUMENT_TOKEN_TO_BE_REPLACED

From Jackson's Classic True Crime Library ROUGH TRADE NOW AVAILABLE IN eBOOK, PRINT, AND AUDIO BOOK! Early one morning in May 1997, a young couple on their way to work in the mountains of Colorado … END_OF_DOCUMENT_TOKEN_TO_BE_REPLACED

It was a stimulating and inspirational day at our most recent salon in Cardiff-by- the-sea (or so I’m told). I was thrilled that a couple of repeat attendees said they got even more out … END_OF_DOCUMENT_TOKEN_TO_BE_REPLACED

Two Great True Crime Books For The Price Of One! Filling Out The Form Also Enters You To Win One Of Four Signed Print Copies Of SMOOTH … END_OF_DOCUMENT_TOKEN_TO_BE_REPLACED

Date: August 7, 2014 Garland police detective Gary Sweet discusses on Dallas WFAA television how he got involved in the case that was the basis for … END_OF_DOCUMENT_TOKEN_TO_BE_REPLACED

As the adopted son of two cult leaders, Benjamin Risha was raised to someday assume a place of leadership in the Tony and Susan Alamo Christian Foundation with the Bible, and his parents’ interpretation of it, as his guide. He believed the prophecies … END_OF_DOCUMENT_TOKEN_TO_BE_REPLACED

In 1976, a killer who called himself ‘The Son of Sam’ shot and killed a half dozen people and wounded as many more in New York City. During his crime spree, the madman left bizarre letters mocking the police and promising more deaths. After months … END_OF_DOCUMENT_TOKEN_TO_BE_REPLACED

It was the midcentury murder that fascinated a nation and kept it glued for two years to radio, television and newspapers through three trials. Did the handsome, wealthy doctor and his beautiful young paramour plan to kill his glamorous socialite … END_OF_DOCUMENT_TOKEN_TO_BE_REPLACED

Transparency and Accountability Will Help Restore the Credibility of the Church We live in a secular, skeptical, and cynical age. Americans have lost faith in its institutions – including the church. Although the vast majority of Christian … END_OF_DOCUMENT_TOKEN_TO_BE_REPLACED

Born in 1960, Jesus Ruiz Henao grew up poor, but wanted to be rich like the drug dealers he saw growing up in the cocaine-producing region of Colombia’s Valle of the Cauca. To realize his ambition, Ruiz Henao moved to London, United Kingdom, in … END_OF_DOCUMENT_TOKEN_TO_BE_REPLACED