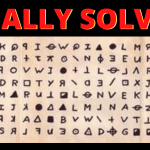 Some believe the message contains a hidden clue which may bring us closer to solving the case than ever before. Dubbed the "340 cipher," the message was unraveled by a trio of code breakers -- David Oranchak, a software developer in Virginia, Jarl Van Eycke, a Belgian computer programmer, and Sam Blake, an Australian mathematician. Source: cnn.com In the late 1960’s, and early 1970’s, an enigmatic serial killer terrorized the San … END_OF_DOCUMENT_TOKEN_TO_BE_REPLACED 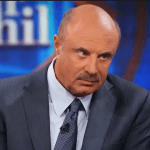 Anne K. Howard’s HIS GARDEN has been featured on news outlets such as AuthorsReading.com, NBC Connecticut, People.com, AETV.com, and The New Britain Herald.   William Florence, author of RAPTOR’S RIDGE, has had work published nationally in The Bulletin for the American Society of Newspaper Editors, APMENews for the Associated Press Managing Editors Group, and for travel publications such as Arizona Highways, and Michigan … END_OF_DOCUMENT_TOKEN_TO_BE_REPLACED 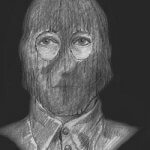 Check out the book trailer for 'THE CASE OF THE GOLDEN STATE KILLER' Read 'THE CASE OF THE GOLDEN STATE KILLER' by Mike Morford and Mike Ferguson. In 1976, a masked predator terrorized Sacramento County in California by sneaking into the home of his victims and performing unforgivable acts. He traveled all through Northern California, then moved onto Southern California where his sick and sadistic ways didn’t slow down. To those living in … END_OF_DOCUMENT_TOKEN_TO_BE_REPLACED 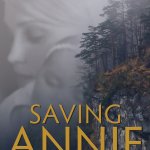 Book 3 Pre-Order Coming Soon! In March 2009, pretty, vivacious Rhonda Casto plunged to her death from a 300-foot cliff in the Oregon woods. The only witness, Stephen Nichols, the father of her nine-month-old baby, Annie, told police investigators she slipped and fell. Yet, Nichols’ story didn’t mesh with the facts. And some of his other actions raised suspicions as well, including just days after her death trying to collect on a … END_OF_DOCUMENT_TOKEN_TO_BE_REPLACED 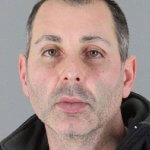 The Real Story With Maria Elena Salinas Gives Taste Of "SAVING ANNIE" As with most true crime television documentaries, especially involving a case with as many moving pieces and storylines as are involved in my new book, SAVING ANNIE, the creators of "Fall of Innocence" made some mistakes, got some things wrong, and barely touched on many of the facts. Prior to airing, the producer acknowledged that even at an hour, the show could only … END_OF_DOCUMENT_TOKEN_TO_BE_REPLACED 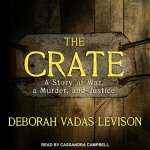 Winner of 7 Literary Awards!  “THE CRATE is an important and impressive piece of work. I’m glad it was written, and I’m glad I read it.” -- Lee Child, #1 New York Times bestselling author of the Jack Reacher Series After surviving the horrors of the Holocaust – in ghettos, on death marches, and in concentration camps – a young couple seeks refuge in North America. They settle into a new life, certain that the terrors of their past are … END_OF_DOCUMENT_TOKEN_TO_BE_REPLACED 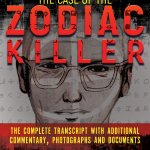 In the late 1960’s, and early 1970’s, an enigmatic serial killer terrorized the San Francisco Bay area of Northern California, and teased the police tasked with stopping him. Through bold letters and cryptic ciphers mailed to local newspapers as well as taunting calls to police, the Zodiac left his mark on the state of California. Without warning he was gone, but not before achieving infamy in the annals of true crime history. Just who was the … END_OF_DOCUMENT_TOKEN_TO_BE_REPLACED 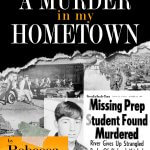 On a fall evening in Corvallis, Oregon in 1967, seventeen year old Dick Kitchel, a senior at the high school, disappeared after attending a party at the home of a couple in their twenties who often hosted gatherings and provided beer to a younger crowd. Dick was spoiling for a fight. He often had fights, but, surprisingly, he didn’t have enemies, or none that anyone knew of. Before his parents divorced, Dickie, as he was called in grade school, … END_OF_DOCUMENT_TOKEN_TO_BE_REPLACED 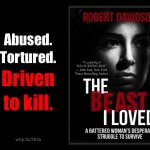 Domestic violence is all about power and the need to control, which comes from the monumental insecurity virtually all batterers suffer from. Like little children, they have a constant, nagging, inescapable fear of abandonment that they never outgrew like normal children do, and so carry around their warped perception of a fearful world that leads so reliably—and unfairly—to the abuse of their partners. Because most batterers have experienced … END_OF_DOCUMENT_TOKEN_TO_BE_REPLACED 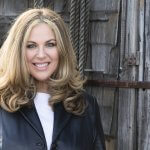 For as long as I can remember I’ve dreamed of being an author, the same way some little kids dream of being ballerinas or Major Leaguers. Well, I don’t pirouette, and I sure can’t hit a ball, but from time to time I do come up with a pretty good metaphor. My life has two parts: the first in Canada, where I grew up, and the second in the United States, where I’ve lived for twenty years. In Toronto, I attended the Royal Conservatory of Music as … END_OF_DOCUMENT_TOKEN_TO_BE_REPLACED

Start 2021 off right by reading more and learning more with free audiobooks! Browse by genre and select the cover to get more information and your free copy! Non-Fiction True Crime Business … END_OF_DOCUMENT_TOKEN_TO_BE_REPLACED

In 1976, a killer who called himself ‘The Son of Sam’ shot and killed a half dozen people and wounded as many more in New York City. During his crime … END_OF_DOCUMENT_TOKEN_TO_BE_REPLACED

As the adopted son of two cult leaders, Benjamin Risha was raised to someday assume a place of leadership in the Tony and Susan Alamo Christian … END_OF_DOCUMENT_TOKEN_TO_BE_REPLACED

Terrifying things are happening to Kay Weden, a forty-something single mom and high school teacher in Salisbury, North Carolina. Despite having no known enemies, Kay’s home, car, and peace of mind are under attack throughout 1993. Most chilling … END_OF_DOCUMENT_TOKEN_TO_BE_REPLACED

In “The Garden State Parkway Murders,” true crime writer and attorney Christian Barth dives into the harrowing story of the unsolved murders of Elizabeth Perry and Susan Davis. College friends, the two women were brutally knifed to death and their … END_OF_DOCUMENT_TOKEN_TO_BE_REPLACED

Losing a young daughter to murder is the worst nightmare that a mother could possibly imagine, but what if the killer was her son? Charity Lee was thrust into this unimaginable situation when her 13-year-old son Paris murdered her beloved 4-year-old … END_OF_DOCUMENT_TOKEN_TO_BE_REPLACED

On a cold Southern night in 2013 under a full moon, 20-year-old Heather Elvis parked her car at a boat ramp along the Intracoastal Waterway and was never seen again.  The disappearance of the beautiful, vivacious hostess at a … END_OF_DOCUMENT_TOKEN_TO_BE_REPLACED

“Ferak chronicles the long and sordid history of the Manitowoc County Sheriff’s department and the reason Sweaty’s license was suspended. Framing Avery was just par for the course." -- Kathleen Zellner In 2016-17, while working for the USA TODAY … END_OF_DOCUMENT_TOKEN_TO_BE_REPLACED

Joe Mac was a legendary homicide detective until his vision was lost in the line of duty and he was forced into retirement. Now he lives a life of darkness, his only friend being a huge Raven that Joe Mac names “Poe.” But when Joe Mac’s grandson … END_OF_DOCUMENT_TOKEN_TO_BE_REPLACED

Winner of 7 Literary Awards!  “THE CRATE is an important and impressive piece of work. I’m glad it was written, and I’m glad I read it.” -- Lee Child, #1 New York Times bestselling author of the Jack Reacher Series After surviving the horrors … END_OF_DOCUMENT_TOKEN_TO_BE_REPLACED

The True Story Behind The Hit Film 'Casino' From An ‘Enforcer’ Who Lived It The Chicago organized crime family known as the “Outfit” dates back to the reign of the infamous Al Capone and prohibition. As the years passed and prohibition was repealed, … END_OF_DOCUMENT_TOKEN_TO_BE_REPLACED

The Captivating "True Story Of The World's Premier Forensic Investigators" at NecroSearch International Updated and Revised! Now Available for the First Time As Kindle eBook, Audible and iTunes Editions! "A fascinating journey into the trenches of … END_OF_DOCUMENT_TOKEN_TO_BE_REPLACED

It was the midcentury murder that fascinated a nation and kept it glued for two years to radio, television and newspapers through three trials. Did the handsome, wealthy doctor and his beautiful young paramour plan to kill his glamorous socialite … END_OF_DOCUMENT_TOKEN_TO_BE_REPLACED

WHY DO SERIAL KILLERS KILL? OUT OF THE MOUTHS OF SERIAL KILLERS​ is as close as you will ever come to discovering the answer ... and in the killer’s own words! In this one-of-a-kind book, author Mary Brett corresponded with some of America’s … END_OF_DOCUMENT_TOKEN_TO_BE_REPLACED

What do Wyatt Earp, Belle Gunness, Big Foot the Renegade, Billy the Kid, and Dr. H.H. Holmes, and The Black Hand have in common? They were all subjects of true crime newspaper reporting in the 1800s, and now these stories and that of many others … END_OF_DOCUMENT_TOKEN_TO_BE_REPLACED

In 1976, a killer who called himself ‘The Son of Sam’ shot and killed a half dozen people and wounded as many more in New York City. During his crime spree, the madman left bizarre letters mocking the police and promising more deaths. After months … END_OF_DOCUMENT_TOKEN_TO_BE_REPLACED

As the adopted son of two cult leaders, Benjamin Risha was raised to someday assume a place of leadership in the Tony and Susan Alamo Christian Foundation with the Bible, and his parents’ interpretation of it, as his guide. He believed the prophecies … END_OF_DOCUMENT_TOKEN_TO_BE_REPLACED