Get NO ONE WILL HEAR YOUR SCREAMS
eBook

“O’Callaghan is back with a vengeance …” — Gregg Olsen, #1 New York Times bestselling author

Is there a sociopathic killer on the loose and murdering prostitutes in New York City?  NYPD’s top cop, Homicide Commander Lieutenant John Driscoll, believes there is.  Someone who calls himself “Tilden” and claims to have been sexually abused as a child by his mother’s john. But what could have triggered Tilden’s rage that has him on a mission to eradicate all the women of the night in The Big Apple?

More importantly, will Driscoll put an end to the madness? He soon discovers Tilden’s not the run-of-the-mill sociopath. After all, would a common murderer have taken the time to embalm his victims, which the New York City chief medical examiner determined was the cause of their deaths?

Driscoll, a man haunted by the events of an unstable childhood himself, must put aside any sympathy he may have for Tilden and put a stop to his murderous rampage. Teamed up with Sergeant Margaret Aligante and Detective Cedric Thomlinson, who have their own issues, the commander sets out to stop the killings and bring Tilden to justice before he kills again.

Pearsol opened the mortuary cooler and pulled out the stainless steel tray supporting the victim.  “Lieutenant, meet Jane Doe,” he said sliding the woman’s bloated body under Driscoll’s gaze.  “Harbor Patrol fished her out of the muck.  I’d say she was a feast for the gulls for a day. Maybe two.”

“She was doused in phenol?”

“The complete autopsy will fill in the blanks, but I’d bet my pension I already know what killed her.  The who, and the why, I’ll leave to you.”  Pearsol handed the preliminary lab report to Driscoll.  It identifies a mixture of substances inside her vascular system.

“Myrrh, aloe and cassia,” Driscoll read aloud.  “That’s a strange mix.”  He glanced at Pearsol, who nodded.  “Says here you drained 851 milliliters from her circulatory system.  What’s that?  About two pints?”

“A body contains five to six quarts of blood.  So the rest of this mixture?”

Using his finger, Driscoll pushed back a lock of the victim’s hair. “What could you have done to warrant this?” he whispered, eyes on the corpse.

“Right now the unofficial cause of death is phenol poisoning by arterial injection.  Familiar with the German word, ‘abgespritzt’, Lieutenant?”

“Abgespritzt was a method of genocide favored by the Nazis in the early 1940s.  Hitler’s henchmen delivered instantaneous death by injecting 15 milliliters of phenol directly into the heart.”

“More than likely he used a centrifugal pump.  And he knew what he was doing.” Pearsol pointed to the side of the victim’s neck, where a semi- translucent latex adhesive covered a two inch stretch of rippled flesh between the carotid artery and the jugular vein.  “An extreme method of murder, Lieutenant.  He arterially embalmed her.”

“There’s more.”  The M.E. produced a transparent evidence bag containing a locket.  It was an inch in diameter and featured Saint Vitalis of Gaza; his name etched in a half circle below his likeness.  “I found it under her tongue.  Someone apparently placed it there before suturing the tongue to the floor of her mouth.”

“What’s that about?” Driscoll wondered aloud.

“Good question.  I’m not familiar with that saint.  You?”

“She‘s the patron saint of prostitutes.”

“Well, there’s a lead.  Oh, and there’s one other bit of information you’re sure to find intriguing.  The myrrh, aloe, and cassia injected with the embalming fluid were once embalming solutions on their own.  Sort of.”

“They were the purifying fragrances applied to the linens that wrapped the crucified Christ before he was laid in his tomb.”

NO ONE WILL HEAR YOUR SCREAMS by Thomas O’Callaghan

Buy NO ONE WILL HEAR YOUR SCREAMS now:

It's the holidays again! You're probably searching for and picking out the perfect present for everyone on your list. Consider this your reminder to treat yourself to something nice this holiday season, like free audiobooks with our Holiday Audiobook … END_OF_DOCUMENT_TOKEN_TO_BE_REPLACED

It's always a good day for free audiobooks! That's right! Free audiobooks! Just a gift from us to you, our readers.   Browse by genre and select the cover to get more information and your free copy! Non-Fiction True Crime Business … END_OF_DOCUMENT_TOKEN_TO_BE_REPLACED 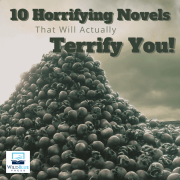 Love a good scare? The following novels are sure to creep you out and are perfect for this spooky season! Just click the titles below to get your scares on with an ebook, paperback, or audio book. (Audio book not available for all … END_OF_DOCUMENT_TOKEN_TO_BE_REPLACED

"O'Callaghan is back with a vengeance ..." -- Gregg Olsen, #1 New York Times bestselling author Is there a sociopathic killer on the loose and murdering prostitutes in New York City?  NYPD’s top cop, Homicide Commander Lieutenant John … END_OF_DOCUMENT_TOKEN_TO_BE_REPLACED

Tourism in New York City is under siege.  Visitors to the Big Apple have become targets of vengeful twins hell bent on exacting punishment on total strangers to right the hellacious wrongs perpetrated against them in a hellhole they called … END_OF_DOCUMENT_TOKEN_TO_BE_REPLACED

A sociopathic killer is using the internet to lure seemingly random women to their gruesome deaths in New York City.  During his heinous murderous spree this madman is extracting the bones of his victims.  His sheer brutality has the … END_OF_DOCUMENT_TOKEN_TO_BE_REPLACED 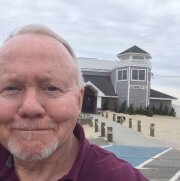 Hello, I thought you’d like to know a bit about me.  As an author my two novels, BONE THIEF and THE SCREAMING ROOM, were published by Kensington Books here in the United States.  Both have also been translated for … END_OF_DOCUMENT_TOKEN_TO_BE_REPLACED

Some Cases You Solve. Some Cases You Survive. Naval Criminal Investigative Service Special Agent, Tyrone Benhoff is in purgatory. That’s what agents call it when they find themselves on the wrong side of command and are transferred to a place … END_OF_DOCUMENT_TOKEN_TO_BE_REPLACED

TRIBULATIONS is the anticipated and exciting sequel to HAPPENSTANCE, the SciFi/TechnoThriller novel that introduced Blake Thompson to the world. September 11, 2029. It’s been almost a year since Blake Thompson discovered an alien ship near … END_OF_DOCUMENT_TOKEN_TO_BE_REPLACED

"O'Callaghan is back with a vengeance ..." -- Gregg Olsen, #1 New York Times bestselling author Is there a sociopathic killer on the loose and murdering prostitutes in New York City?  NYPD’s top cop, Homicide Commander Lieutenant John … END_OF_DOCUMENT_TOKEN_TO_BE_REPLACED

Tourism in New York City is under siege.  Visitors to the Big Apple have become targets of vengeful twins hell bent on exacting punishment on total strangers to right the hellacious wrongs perpetrated against them in a hellhole they called … END_OF_DOCUMENT_TOKEN_TO_BE_REPLACED

A sociopathic killer is using the internet to lure seemingly random women to their gruesome deaths in New York City.  During his heinous murderous spree this madman is extracting the bones of his victims.  His sheer brutality has the … END_OF_DOCUMENT_TOKEN_TO_BE_REPLACED

In an experiment to discover what secrets are hidden within the infinite vastness of the galaxy, scientists create a machine so powerful that it rips a hole through space and time. But instead of revealing the dark world of their own universe the … END_OF_DOCUMENT_TOKEN_TO_BE_REPLACED

What would a mad mullah actually do with a weapon of mass destruction? Simple. He would use it.   Derek Martell is in a dead end career, manning a fuel point in Eastern Iraq. It’s a far fall from a life of fortune and glory, but he’s … END_OF_DOCUMENT_TOKEN_TO_BE_REPLACED

In the backcountry of Idaho, a tribe of men are hunting and killing with a dream of returning the world to an earlier time. A time when courage and prowess in the field determined a man’s worth. A time when the strong took what they wanted, and … END_OF_DOCUMENT_TOKEN_TO_BE_REPLACED

Some Cases You Solve. Some Cases You Survive. Naval Criminal Investigative Service Special Agent, Tyrone Benhoff is in purgatory. That’s what agents call it when they find themselves on the wrong side of command and are transferred to a place … END_OF_DOCUMENT_TOKEN_TO_BE_REPLACED

New from award-winning author Terry Persun! After the murder of his wife and unborn child, the only time freelance tech investigator Ten feels alive is when he cuts himself. For the last few years, he has taken freelance investigative jobs. Some of … END_OF_DOCUMENT_TOKEN_TO_BE_REPLACED

Coming January 29th to REELZChannel™! The DEADLY ASSOCIATES documentary! Step into Chicago during the 1960s and ‘70s, where mobsters influence everyone from strip-club owners to Teamsters, aldermen, judges, and local police. It is a world where … END_OF_DOCUMENT_TOKEN_TO_BE_REPLACED

"Lizzette Martinez’s story embodies the fire energy that gives light and life to survivors all around her! Survivors need to see strength and perseverance despite opposition, and Lizzette models just that." - Melissa Schuman, actress and singer In … END_OF_DOCUMENT_TOKEN_TO_BE_REPLACED

Soon To Be A Documentary Series! My name is Suzanne Buchanan. There is an active arrest warrant for me in Thailand for articles I published on "The Backpacker Murders" as the former owner and editor of the Samui Times. I am a British citizen … END_OF_DOCUMENT_TOKEN_TO_BE_REPLACED

In this true crime-flavored novel, Detective William Boyett is called out on Mardi Gras evening in Mobile, Alabama to investigate the discovery of a young woman’s body wrapped in a carpet in a vacant lot a few blocks from the parade route. Over … END_OF_DOCUMENT_TOKEN_TO_BE_REPLACED