IDENTITY CRISIS: A simple domestic abuse case turns deadly when the alleged abuser is killed and Stephanie Ann "Sam" McRae's client disappears. When a friend asks Sam to find Melanie Hayes, the Maryland attorney is drawn into a complex case of murder and identity theft that has her running from the Mob, breaking into a strip club and forming a shaky alliance with an offbeat private investigator to discover the truth about Melanie and her ex-boyfriend. With her career and life on the line, Sam's search takes her from the blue-collar Baltimore suburbs to the mansions of Gibson Island. Along the way, she learns that false identities can hide dark secrets, and those secrets can destroy lives.

“Of suspense, Alfred Hitchcock once said, ‘There is no terror in the bang, only in the anticipation of it.’ Author Debbi Mack nails that statement in this tightly written tale about a flawed Maryland attorney, ‘Sam’ McRae, and her relentless search for a killer ... Mack crafts a taut narrative with crackling dialogue.”
-- Aimee Zuccarini, The Maryland Women's Journal, Oct./Nov. 2009

From IDENTITY CRISIS: “I’ve never been a morning person, and if there’s one thing I don’t need before my first cup of coffee, it’s a visit from the cops. But at 8:45 on a Friday morning, two of them waited for me at my law office.

“I shut the door on the steam heat—typical July weather in Maryland—and shook my sticky blouse loose. Seven years in practice had taught me many hard lessons. One of them should have been never to wear dry-clean-only blouses in the summer. 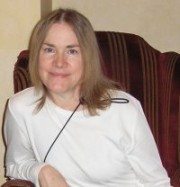 “Sheila, the seventy-plus receptionist and secretary for the accounting firm where I sublet space, gave me a brief wave while answering the phone through her ever-present headset. Her long, bony fingers clacked away at the keyboard without skipping a beat.

“Both men stood as I approached. I recognized Detective Martin Derry of the Prince George’s County police. I wondered what the homicide investigator wanted with me."

“Debbi Mack's first novel, Identity Crisis, had me hooked from the first page, and proved to me by last page that she is a mystery author to contend with. She builds a tight and compelling plot in this noir murder tale, while managing to pace the story so nicely that I never once felt bored. And there's a great twist that I just didn't see coming - and I'm usually pretty good at spotting a twist from a mile away. -- Karen

"Identity Crisis" establishes Sam McRae, hard-boiled lawyer turned investigator, as a spunky sleuth who tackles her own identity crisis while investigating murder and identity thefts linked to client Melanie Hayes. High-speed chases, break-ins at a seedy strip club, and violent Mafia-linked connections keep this well-crafted novel on an adrenaline roller-coaster ride through some of the more interesting Baltimore neighborhoods and suburbs. An unusual surprise ending had me checking previous pages to see where I missed the clue. Debbi Mack did an awesome job on developing the characters as well as the dialogue. I totally enjoyed "Identity Crisis" and breathlessly await Sam McRae's next intriguing, and paying, mysterious client with a past.
-- Deborah A. Liptak

“This book was an enjoyable read because it was fast paced and action packed. Mack didn't let off the gas for a second and it was like riding a roller coaster blindfolded. Sure, when the coaster started to climb you knew there would be a drop but you didn't know how high the fall would be or where the next curve was. The book sucks you in and it's hard to put down. There were so many seemingly random events happening but by the end Mack had pulled it all together for the reader and wrapped it in a nice little bow.”
-- AZ Mermaide “A. Sulphin”

“Just as engaging as the characters, Debbi Mack uses her settings like another character in her book. I have never been to Baltimore, but I could see the neighborhoods, the city, and even the diners as if I was there.

“With an intriguing plot that seems to be one thing and ends up being another, the book is like a treasure hunt, with clues left like bread crumbs until the surprise whodunnit is revealed. This is a good read, one to keep on your shelf to read again so you can realize what you missed the first time around.”
-- Holli Castillo

“I thought it was an easy read that filled time well. It reflects how personal things that happen early in our lives, aren't forgotten with time.”
-- Gary Schlunz

“Sam McRae is a lawyer but seems to take on their role of private investigator for her client more than any lawyer skills. A fast moving thriller with a fair amount of twists and turns. Fun read.”
-- Claudette Cleveland

“This was a well thought out book with lots of twists and turns. Well worth reading.”
-- Amazon Customer

From the author: I’ve always been a huge fan of the private eye novel. When I wrote IDENTITY CRISIS, I had decided to distinguish my PI protagonist from all the others by making her a lawyer. The idea of basing the plot on false, mistaken and stolen identities was inspired in great part by the old hardboiled masters of the genre, including Raymond Chandler, Dashiell Hammet and, particularly, Ross Macdonald.

From the book: “I grabbed my purse and headed out. As I walked, I realized a car was pulling up beside me. It had a garish hood ornament. The Lincoln’s back doors were already open and two men were coming at me when I turned to run. I didn’t get far. They each took an arm and dragged me toward the car, one clapping a hand over my mouth before I could utter a peep.

“My head felt light, and my stomach had that hard knot you get before you throw up. My pulse raced. I squirmed, but they had my arms locked in place. I kicked as hard as I could, connecting with one guy’s knee. He yelped in pain and his grip on my arm loosened enough for me to wrench free and scratch the other one’s face. As he cried out, his hand dropped from my mouth, although he continued to hold my other arm tight.

“More noise, talking, footsteps behind me. Somebody grabbed my shoulders. Before I could yell again, I got a punch in the gut. I couldn’t breathe, talk, or move.

“‘Bitch,’ a man said, as they dragged me into the car.

“Someone blindfolded me and we took off.”

From the author: I’ve always been a huge fan of the private eye novel. When I wrote IDENTITY CRISIS, I had decided to distinguish my PI protagonist from all the others by making her a lawyer. The idea of basing the plot on false, mistaken and stolen identities was inspired in great part by the old hardboiled masters of the genre, including Raymond Chandler, Dashiell Hammet and, particularly, Ross Macdonald.

For more information or to contact Debbi directly, please visit at http://debbimack.com.

"IDENTITY CRISIS grips you from the first page. Sam is a likeable heroine--smart, feisty and determined." -- Roundtable Reviews

"This is a story with plenty of action, a well-drawn plot and a set of interesting characters. . . . a fun read." -- New Mystery Reader 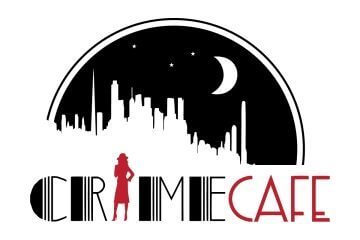 "Debbi Mack has created a first-rate heroine in Sam McRae. Sam is tough, resilient, sassy and unstoppable. Good thing, too, as IDENTITY CRISIS moves at a slam-bam pace."
-- Simon Wood, author of TERMINATED

"If you enjoy realistic legal thrillers—and dread the thought of 'identity theft' striking home—IDENTITY CRISIS will be a genuine treat. Debbi Mack has used her own experience as an attorney to craft a twisty yet completely credible plot. And her protagonist, Stephanie Ann 'Sam' McRae, is a perfect example of what every client should hope for in an advocate: a professional who's willing to take risks both inside AND outside the courtroom."
-- Jeremiah Healy, Author of RESCUE, TURNABOUT and THE ONLY GOOD LAWYER

"IDENTITY CRISIS is a well-written and well-plotted mystery which introduces lawyer-sleuth Sam McRae. She’s an exciting new protagonist mystery readers will want to get to know."
-- Louise Titchener, Author of MALPRACTICE, BURNED IN BALTIMORE and BURIED IN BALTIMORE

Due to Sullivan’s extensive writing about Ted Bundy (which has produced six books), he’s become a sort of magnet over the years, drawing out many people who were part of the Bundy story, but have otherwise kept a low profile over the decades; and … END_OF_DOCUMENT_TOKEN_TO_BE_REPLACED

Volume One The Early Years In 1944 Brooklyn, newborn Michael J. Hardy is rejected by his mother so she can run with gangster Bugsy Siegel, Hardy’s godfather. Shirley Rook rose to the top of the criminal ranks. As the Queen of New York City … END_OF_DOCUMENT_TOKEN_TO_BE_REPLACED

This is the true story of Carmine Imbriale – a gambler, a brawler, a bandit, a bookie, an enforcer. For two decades, Imbriale was a street-level operative in one of the most violent crews in the Colombo Family, and he endeared himself to some of the … END_OF_DOCUMENT_TOKEN_TO_BE_REPLACED

Ten must track down and stop rogue scientists behind the development of criminal technology in THE HUMANZEEE EXPERIMENTS, the next installment of The 'Ten' Mystery Series! The International Security for Technological Innovations, a federal … END_OF_DOCUMENT_TOKEN_TO_BE_REPLACED

It was a dreary winter afternoon in Ayer, Massachusetts, a quintessential New England town, the type which is romanticized in Robert Frost's poems. But on January 30, 1979, a woman’s scream was heard piercing the northeast tempest wind. In an … END_OF_DOCUMENT_TOKEN_TO_BE_REPLACED