Every new book I write is a new adventure. Occasionally, my persistence pays off and the true-crimes readers of all shapes and sizes can benefit from the depth of my research and fresh perspectives of the people I can interview.

Every author is different, but I tend to take the advice of veteran true-crime writer Gary C. King. I’ll often send a formal type-written letter through the mail to the person I would like to interview. Some respond favorably and immediately. Other times, I never hear back from the person. That’s just the luck of the draw. Not everybody wants to be interviewed for a true-crime book, and yet many people do. You just never know. 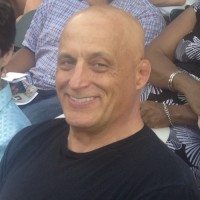 On May 7, I received an unexpected positive response from David Kofoed, who now lives in North Carolina. Kofoed was commander of the Douglas County Sheriff’s Office CSI unit in Omaha, Nebraska from around 2000 until 2010 — when he was sentenced to prison in connection with blood-planting incidents in two unrelated murder cases that he worked on in neighboring Cass County.

Kofoed got out of prison in summer of 2012. Coincidently, Kofoed happened to be the key star of the case that’s my next book for WildBlue Press: the heinous murder of University of Nebraska at Omaha student Jessica O’Grady, age 19. Jessica’s homicide happened in Omaha and it was not associated with the pair of regional murder cases that sent Kofoed to prison. 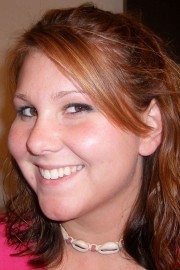 Kofoed’s reflections and extensive insight about the CSI work that went into the Jessica O’Grady murder case will be detailed in my upcoming book.

Here’s a couple of questions I posed to Kofoed as part of my book research:

Me: “Tell me about your very first night of the case?”

Kofoed: “I was called at home either by Josh (Connelly) or Christine (Gabig). I met them at the scene near 130 and Blondo Street. Alex Hayes was the Omaha Police Department homicide lieutenant at the time. We met outside the residence. I was briefed by Alex Hayes in front of the house … I remember that night as being a lot of tedious and methodical crime scene work. There is nothing glamorous about it. It is a step by step process. I remember that night I felt really lucky to have Josh and Christine at the scene.”

Me: “Do you miss the forensic work? Do you think you would still be working at Douglas County to this day if the trial in Cass County had gone differently?”

Kofoed: “I miss forensic work and I believe I would have remained at DCSO if the second trial had gone differently but my role would have changed to almost purely administrative. Maybe I would have become a writer. I had been published and was working on a text book. I was already teaching and enjoyed it greatly. Maybe that would have been my eventual calling.”

Sylvester Stallone owns the movie rights to Hunter by James Byron Huggins, and is shown here reading it . … END_OF_DOCUMENT_TOKEN_TO_BE_REPLACED

It's always a good day for free audiobooks! That's right! Free audiobooks! Just a gift from us to you, our readers.   Browse by genre and select the cover to get more information and your free copy! Non-Fiction True Crime Business … END_OF_DOCUMENT_TOKEN_TO_BE_REPLACED

Jerry Marcus fooled them all. He was “a nice guy,” always helped at home, did well in school, an athlete, and always employed. When things went wrong, … END_OF_DOCUMENT_TOKEN_TO_BE_REPLACED

Teens savagely murder a couple in the name of their vampire cult. A sex-starved teacher cannot get enough of her young male student. The case of a missing child keeps cops awake at night for years after his confounding … END_OF_DOCUMENT_TOKEN_TO_BE_REPLACED

Koh Tao--a small island in the Gulf of Thailand, surrounded by pristine beaches, swathed in sunshine, and a mecca for tourists, divers and backpackers. But "Turtle Island" has its dark side. In 2014, Koh Tao was the site of the brutal double murders … END_OF_DOCUMENT_TOKEN_TO_BE_REPLACED

Terrifying things are happening to Kay Weden, a forty-something single mom and high school teacher in Salisbury, North Carolina. Despite having no known enemies, Kay’s home, car, and peace of mind are under attack throughout 1993. Most chilling … END_OF_DOCUMENT_TOKEN_TO_BE_REPLACED

In “The Garden State Parkway Murders,” true crime writer and attorney Christian Barth dives into the harrowing story of the unsolved murders of Elizabeth Perry and Susan Davis. College friends, the two women were brutally knifed to death and their … END_OF_DOCUMENT_TOKEN_TO_BE_REPLACED

Losing a young daughter to murder is the worst nightmare that a mother could possibly imagine, but what if the killer was her son? Charity Lee was thrust into this unimaginable situation when her 13-year-old son Paris murdered her beloved 4-year-old … END_OF_DOCUMENT_TOKEN_TO_BE_REPLACED

On a cold Southern night in 2013 under a full moon, 20-year-old Heather Elvis parked her car at a boat ramp along the Intracoastal Waterway and was never seen again.  The disappearance of the beautiful, vivacious hostess at a … END_OF_DOCUMENT_TOKEN_TO_BE_REPLACED

“Ferak chronicles the long and sordid history of the Manitowoc County Sheriff’s department and the reason Sweaty’s license was suspended. Framing Avery was just par for the course." -- Kathleen Zellner In 2016-17, while working for the USA TODAY … END_OF_DOCUMENT_TOKEN_TO_BE_REPLACED

Joe Mac was a legendary homicide detective until his vision was lost in the line of duty and he was forced into retirement. Now he lives a life of darkness, his only friend being a huge Raven that Joe Mac names “Poe.” But when Joe Mac’s grandson … END_OF_DOCUMENT_TOKEN_TO_BE_REPLACED

Winner of the 2020 INDEPENDENT PRESS AWARD and 2018 LITERARY EXCELLENCE PENCRAFT AWARD A practicing attorney, author Anne K. Howard first contacted Howell while he was serving a fifteen-year sentence for the murder of one of his seven victims. He … END_OF_DOCUMENT_TOKEN_TO_BE_REPLACED

Winner of 7 Literary Awards! "THE CRATE is an important and impressive piece of work. I'm glad it was written, and I'm glad I read it." -- Lee Child, #1 New York Times bestselling author of the Jack Reacher Series After surviving the horrors of the … END_OF_DOCUMENT_TOKEN_TO_BE_REPLACED

During the early morning hours of July 17, 1983, fatigue became a factor for the young couple from central Illinois who spent their day under the hot sun at Marriott’s Great America amusement park north of Chicago. On their drive home, the tired … END_OF_DOCUMENT_TOKEN_TO_BE_REPLACED

“Ferak chronicles the long and sordid history of the Manitowoc County Sheriff’s department and the reason Sweaty’s license was suspended. Framing Avery was just par for the course." -- Kathleen Zellner In 2016-17, while working for the USA TODAY … END_OF_DOCUMENT_TOKEN_TO_BE_REPLACED

'MAKING A MURDERER' TIMES SIX! If the dubious efforts of law enforcement that led to the case behind MAKING A MURDERER made you cringe, your skin will crawl at the injustice portrayed in FAILURE OF JUSTICE: A Brutal Murder, An Obsessed Cop, Six … END_OF_DOCUMENT_TOKEN_TO_BE_REPLACED

Tainted Evidence In The Murder of Jessica O'Grady? Jessica O’Grady was a tall, starry-eyed co-ed in search of finding her Mr. Right. Christopher Edwards was a 19-year-old deceitful and darkened soul. David Kofoed was a veteran crime lab … END_OF_DOCUMENT_TOKEN_TO_BE_REPLACED

A WildBlue Press True Crime By Award-Winning Journalist John Ferak Dixie Shanahan had a terribly troubled and abusive marriage in the sleepy little town of Defiance, Iowa. Then one summer day in 2002, Dixie's mean and wicked husband was gone. Some … END_OF_DOCUMENT_TOKEN_TO_BE_REPLACED

In 2018, WildBlue Press released 29 new titles! Among those titles, twenty-one were under the true crime genre, four were thrillers, two mysteries, … END_OF_DOCUMENT_TOKEN_TO_BE_REPLACED

John Ferak was on Darkness Radio with host Dave Schrader on Tuesday, May 24th, from 10-11pm Central Time. John will be discussed his new true crime … END_OF_DOCUMENT_TOKEN_TO_BE_REPLACED

A 1986 family tragedy propels this gripping true crime debut as a mother searches for answers in the shocking murder of her husband—and conviction of her son. For years, Cherie struggles to overcome the consuming grief she suffers from the loss of … END_OF_DOCUMENT_TOKEN_TO_BE_REPLACED

It was a dreary winter afternoon in Ayer, Massachusetts, a quintessential New England town, the type which is romanticized in Robert Frost's poems. But on January 30, 1979, a woman’s scream was heard piercing the northeast tempest wind. In an … END_OF_DOCUMENT_TOKEN_TO_BE_REPLACED

Due to Sullivan’s extensive writing about Ted Bundy (which has produced six books), he’s become a sort of magnet over the years, drawing out many people who were part of the Bundy story, but have otherwise kept a low profile over the decades; and … END_OF_DOCUMENT_TOKEN_TO_BE_REPLACED

Volume One The Early Years In 1944 Brooklyn, newborn Michael J. Hardy is rejected by his mother so she can run with gangster Bugsy Siegel, Hardy’s godfather. Shirley Rook rose to the top of the criminal ranks. As the Queen of New York City … END_OF_DOCUMENT_TOKEN_TO_BE_REPLACED

Jerry Marcus fooled them all. He was “a nice guy,” always helped at home, did well in school, an athlete, and always employed. When things went wrong, he was the first to help clean up the mess. He was the last person anyone suspected of being a … END_OF_DOCUMENT_TOKEN_TO_BE_REPLACED