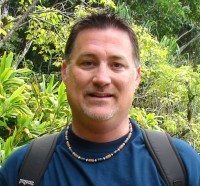 In one sentence, I can be described as a decorated lifelong detective, true crime author, husband, father, and a grandfather. If you put them in order of occurrence in my life, it would be husband, father, detective, grandfather, and true crime author. So far, I’ve enjoyed success at each of the first four, and the fifth, that’s turning out to be very fulfilling and intellectually stimulating. Why don’t you strap yourself in and come on a virtual ride-along with me? 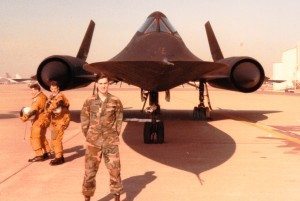 I grew up in Colorado, knowing I would be a police officer one day, but out of high school, I first spent a few years in the U.S. Air Force, getting life experience and an education. I enjoyed my time in the service, working on the super-secret SR-71 and U-2 spy planes at Beale AFB, CA and other classified forward locations.

I earned an A.S. in Criminal Justice from Yuba College, CA while active duty, and obtained certification as a Reserve Police Officer. I was hired by the police department in Marysville, CA and worked part-time as a civilian cop during my final year in the Air Force. 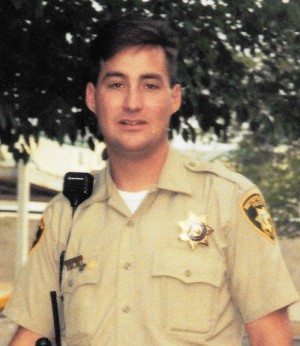 At the ripe old age of twenty-two, I was accepted into the police academy in Las Vegas and my full-time dream began. For twenty-three years, I have worked to protect my community from the predators within it and advanced through the ranks to become a detective. I was encouraged to keep climbing, but decided my career path would remain closer to the ground as a detective, where I could interact with the people of my community and perhaps continue to serve them best.

Frankly, I never knew I would find a passion for writing. I had achieved success in my law enforcement career and I have enjoyed being a dad to four kids and the added blessings of being a grandfather twice, so far. But after witnessing and experiencing some of the most harrowing events Las Vegas could offer, I realized I could share the encyclopedia of memories with others through writing, with the intent not only to tell interesting stories, but to impact people’s lives and get them to consider other perspectives.

It all came to a head in 2006 when the investigation behind my debut, REPEAT OFFENDER, rolled around. The events that took place were unprecedented and pushed my interest in writing past no return. So I began to write and grow. I also started to read more and learn how the masters performed their craft. Equally as important, I worked with a few writers and editors who really helped me hone my ability and find my voice.

Over the past several years, I have become recognized as a contributor to American COP Magazine and POLICE Magazine, writing law enforcement-themed features.

Now here I stand, on the downside of my mid-forties, rapidly approaching the end of a long and fruitful career in policing, stepping into the world as a writer. I’m eager to share my experiences and tell stories in a way that make a difference. It’s not just about entertainment or education for me, my passion is to leave a footprint that lasts.

What the future holds with my writing is a work in progress, but there are several ideas I have been bouncing around. There may also be a sequel to REPEAT OFFENDER coming, but some other things have to happen first. I have an interest in crime fiction as well, but all in due time.

On a personal note, my wife and I have enjoyed twenty-six years of marriage. She has known three different versions of me—pre-cop, cop, and writer, and for some reason, she hasn’t run screaming for the hills yet.

Some Cases You Solve. Some Cases You Survive. Naval Criminal Investigative Service Special Agent, Tyrone Benhoff is in purgatory. That’s what agents call it when they find themselves on the wrong side of command and are transferred to a place … END_OF_DOCUMENT_TOKEN_TO_BE_REPLACED

New from award-winning author Terry Persun! After the murder of his wife and unborn child, the only time freelance tech investigator Ten feels alive is when he cuts himself. For the last few years, he has taken freelance investigative jobs. Some of … END_OF_DOCUMENT_TOKEN_TO_BE_REPLACED

Coming January 29th to REELZChannel™! The DEADLY ASSOCIATES documentary! Step into Chicago during the 1960s and ‘70s, where mobsters influence everyone from strip-club owners to Teamsters, aldermen, judges, and local police. It is a world where … END_OF_DOCUMENT_TOKEN_TO_BE_REPLACED

"Lizzette Martinez’s story embodies the fire energy that gives light and life to survivors all around her! Survivors need to see strength and perseverance despite opposition, and Lizzette models just that." - Melissa Schuman, actress and singer In … END_OF_DOCUMENT_TOKEN_TO_BE_REPLACED

Soon To Be A Documentary Series! My name is Suzanne Buchanan. There is an active arrest warrant for me in Thailand for articles I published on "The Backpacker Murders" as the former owner and editor of the Samui Times. I am a British citizen … END_OF_DOCUMENT_TOKEN_TO_BE_REPLACED

In this true crime-flavored novel, Detective William Boyett is called out on Mardi Gras evening in Mobile, Alabama to investigate the discovery of a young woman’s body wrapped in a carpet in a vacant lot a few blocks from the parade route. Over … END_OF_DOCUMENT_TOKEN_TO_BE_REPLACED