Glenn Cook, the senior editorial writer for the Las Vegas Review-Journal, had this to say Monday, April 20, about Bradley Nickell’s first true crime book REPEAT OFFENDER: Sin City’s Most Prolific Criminal and the Cop Who Caught Him:

Some of the loot confiscated from Daimon Monroe

“Local libraries have no shortage of Southern Nevada true crime stories, many of them written by valley journalists. But the latest book in the genre comes from a writer with a far different background. Bradley Nickell, author of “Repeat Offender” from WildBlue Press, is the Las Vegas police detective who helped put away prolific criminal Damion Monroe for life.

“Monroe’s crime spree and trial didn’t capture anywhere near as much attention as, say, the Sandy Murphy and O.J. Simpson cases. But few defendants have injected more fear into the justice system than Monroe. And Nickell’s first book, which reads like a thriller in spots, captures as much.

“Monroe was an accomplished thief with a long rap sheet and high living standards. Nickell helped put Monroe and his co-defendants behind bars for stealing more than $2 million worth of goods, but being locked up for life didn’t stop Monroe from committing more crimes. 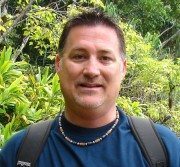 “Monroe’s murder-for-hire bid failed, and in 2009 he was sentenced to multiple consecutive life sentences for his disturbing pursuit of vengeance. “Repeat Offender” details the entire story from a veteran cop’s perspective, from the theft investigations to the fears of being followed by hit men. It’s an impressive writing debut with co-author Warren Jamison.

“The story is available as an e-book or as a paperback at Amazon. And Nickell is donating a portion of every sale to The Rape Crisis Center in Las Vegas to support counseling services for victims of child sex abuse. It’s a great read.

Some Cases You Solve. Some Cases You Survive. Naval Criminal Investigative Service Special Agent, Tyrone Benhoff is in purgatory. That’s what agents call it when they find themselves on the wrong side of command and are transferred to a place … END_OF_DOCUMENT_TOKEN_TO_BE_REPLACED

New from award-winning author Terry Persun! After the murder of his wife and unborn child, the only time freelance tech investigator Ten feels alive is when he cuts himself. For the last few years, he has taken freelance investigative jobs. Some of … END_OF_DOCUMENT_TOKEN_TO_BE_REPLACED

Coming January 29th to REELZChannel™! The DEADLY ASSOCIATES documentary! Step into Chicago during the 1960s and ‘70s, where mobsters influence everyone from strip-club owners to Teamsters, aldermen, judges, and local police. It is a world where … END_OF_DOCUMENT_TOKEN_TO_BE_REPLACED

"Lizzette Martinez’s story embodies the fire energy that gives light and life to survivors all around her! Survivors need to see strength and perseverance despite opposition, and Lizzette models just that." - Melissa Schuman, actress and singer In … END_OF_DOCUMENT_TOKEN_TO_BE_REPLACED

Soon To Be A Documentary Series! My name is Suzanne Buchanan. There is an active arrest warrant for me in Thailand for articles I published on "The Backpacker Murders" as the former owner and editor of the Samui Times. I am a British citizen and had … END_OF_DOCUMENT_TOKEN_TO_BE_REPLACED

In this true crime-flavored novel, Detective William Boyett is called out on Mardi Gras evening in Mobile, Alabama to investigate the discovery of a young woman’s body wrapped in a carpet in a vacant lot a few blocks from the parade route. Over … END_OF_DOCUMENT_TOKEN_TO_BE_REPLACED