Get BULLIED TO DEATH
eBook 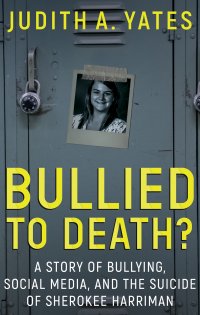 Do you think I’m pretty.
No one likes me.
I hate my life.
I wish I had a friend.

It was the mantra of fourteen-year-old Sherokee Harriman, who in September 2015 faced her alleged bullies in a small Tennessee public park and pulled out a concealed kitchen knife. She drove the knife into her stomach as the horrified teens watched.

Local media focused on sensationalism rather than truth. The word “bullicide” was used, meaning bullying drove Sherokee to kill herself.

The story of Sherokee’s death flew through social media, broadcast for all to see. Sherokee had shared her secrets online where privacy disappears with a slight movement of a computer mouse.

A product of a family doing their best with little resources, Sherokee was passed through the mental health system as far as it would take her, shuttled through an overworked and underfunded education system supervised by government agencies with no real answers. She was sent to “Stop Bullying” school programs unprepared to assist, exasperating the problems. 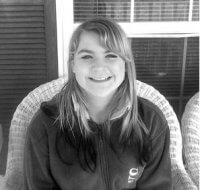 A community began to question the laws and definitions regarding “bullying.” Should schoolyard bullies be held legally responsible for causing a suicide? Can a rough family history guarantee a tragedy? And just what is bullying, anyway? Perhaps Sherokee’s death was an accident … perhaps there was a sinister truth that has yet to be told.

True crime author Judith A. Yates peels back the sensationalism and rumors, revealing the truth of what happened that day in Mankin Park, attempting to answer the question everyone was asking: did Sherokee Harriman kill herself because she was bullied? Exploring the truth about “bullicide” while telling Sherokee Harriman’s story, taking a look at the role of social media in our lives, and defining the myriad definitions of “bullying.” Revealing bullying does exists … it lives within the family dynamic, it exists in the mental health care system, walks the hallways of the educational system, and grows within all peer groups. 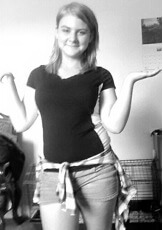 The last picture Sherokee’s friend Katie took of her. The shirt around her waist was a gift from Katie.

A furious Sherokee Harriman walked alone down Mankin Street. As she walked, she decided she would return to the park and teach her bullies a good lesson.

Sherokee punched numbers into her cell phone to call a friend, Abraham, who was her age. “Can you come to the park?” Sherokee asked Abe.

Sherokee told him there were some people in the park, and they were making fun of her.

Then a text message came across her cell phone from her mother, Heather Edwards. Earlier, from work, Heather had given Sherokee permission to leave the house and go to the park, but only if Sherokee would text her every five minutes to let her mom know she was safe. So at 12:09 p.m.1, not having received a note, a text message appeared:
Hey, are you alright?

Sherokee put Abe on hold to text back. She punched the keyboard of her cell phone:
Yea sorry

Heather responded:
It’s OK. I just don’t want anything to happen to you is all. 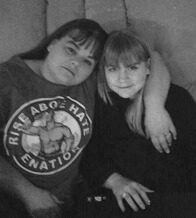 Heather poses with her youngest daughter, Sherokee Rose. Sherokee is 12 years old in this photo.

Sherokee often shared the ups and downs of her life with her mom, and now she confided in her:
I hate this

Heather paused long enough to text back and see what was wrong with her child:
You hate what

It was several minutes before Sherokee’s response appeared:
My life

Seconds later, at 12:44 p.m., she texted Heather to let Heather know she was safe:
I’m home

Sherokee was still on the phone with Abe, and they talked about the bullying kids. Sherokee was home and took a moment to rummage through the kitchen drawers.

Heather picked up her cell phone to see another text from Sherokee at 12:48 p.m.:
I’m going back to the park hopefully they r not there

Sherokee’s last communication with her loved ones was on this cellular phone at 12:48 p.m. on September 5, 2015

Sherokee was back on the phone with Abe. “I’m here.”

Abe made a few comments, but there was no reply.

The next thing she said to Abe was, “I have a knife.”

This books looks at bullying in an entirely different light than we have previously studied. And it takes a hard look at the myth of “bullicide.” When I first read Sherokee Harriman’s story, I looked at her photograph and wondered, Why would this sweet, pretty, fourteen year old girl take her own life? And then I discovered kids taking their own lives at five, six years old. Right away bullying is being blamed. But is that fair?

BULLIED TO DEATH by Judith A. Yates

Soon To Be A Documentary Series! My name is Suzanne Buchanan. There is an active arrest warrant for me in Thailand for articles I published on "The Backpacker Murders" as the former owner and editor of the Samui Times. I am a British citizen and had … END_OF_DOCUMENT_TOKEN_TO_BE_REPLACED

Coming January 29th to REELZChannel™! The DEADLY ASSOCIATES documentary! Step into Chicago during the 1960s and ‘70s, where mobsters influence everyone from strip-club owners to Teamsters, aldermen, judges, and local police. It is a world where … END_OF_DOCUMENT_TOKEN_TO_BE_REPLACED

"Lizzette Martinez’s story embodies the fire energy that gives light and life to survivors all around her! Survivors need to see strength and perseverance despite opposition, and Lizzette models just that." - Melissa Schuman, actress and singer In … END_OF_DOCUMENT_TOKEN_TO_BE_REPLACED

Step inside the death chamber and behind the walls of Ohio’s death row. Bill Kimberlin, Psy.D, invites the reader on an extensive and unbiased journey inside Ohio’s death row in WATCH ME DIE: Last Words From Death Row. You will see how these … END_OF_DOCUMENT_TOKEN_TO_BE_REPLACED

"The wheels of justice turn slowly, but grind exceedingly fine." Renee Fehr knew that Gregory Houser killed her sister Sheryl. There was not a single doubt in her mind. Yet for 27 years Houser walked free. But Renee wouldn’t rest … END_OF_DOCUMENT_TOKEN_TO_BE_REPLACED

On the early morning of March 6, 1993, an intense fire broke out in a tiny nursery. Sixteen minutes later, firefighters had extinguished the blaze, only to reveal a room burned so severely, everything was virtually unrecognizable. Then, they were … END_OF_DOCUMENT_TOKEN_TO_BE_REPLACED

During the early morning hours of July 17, 1983, fatigue became a factor for the young couple from central Illinois who spent their day under the hot sun at Marriott’s Great America amusement park north of Chicago. On their drive home, the tired … END_OF_DOCUMENT_TOKEN_TO_BE_REPLACED

Some Cases You Solve. Some Cases You Survive. Naval Criminal Investigative Service Special Agent, Tyrone Benhoff is in purgatory. That’s what agents call it when they find themselves on the wrong side of command and are transferred to a place … END_OF_DOCUMENT_TOKEN_TO_BE_REPLACED

New from award-winning author Terry Persun! After the murder of his wife and unborn child, the only time freelance tech investigator Ten feels alive is when he cuts himself. For the last few years, he has taken freelance investigative jobs. Some of … END_OF_DOCUMENT_TOKEN_TO_BE_REPLACED

Coming January 29th to REELZChannel™! The DEADLY ASSOCIATES documentary! Step into Chicago during the 1960s and ‘70s, where mobsters influence everyone from strip-club owners to Teamsters, aldermen, judges, and local police. It is a world where … END_OF_DOCUMENT_TOKEN_TO_BE_REPLACED

"Lizzette Martinez’s story embodies the fire energy that gives light and life to survivors all around her! Survivors need to see strength and perseverance despite opposition, and Lizzette models just that." - Melissa Schuman, actress and singer In … END_OF_DOCUMENT_TOKEN_TO_BE_REPLACED

Soon To Be A Documentary Series! My name is Suzanne Buchanan. There is an active arrest warrant for me in Thailand for articles I published on "The Backpacker Murders" as the former owner and editor of the Samui Times. I am a British citizen and had … END_OF_DOCUMENT_TOKEN_TO_BE_REPLACED

In this true crime-flavored novel, Detective William Boyett is called out on Mardi Gras evening in Mobile, Alabama to investigate the discovery of a young woman’s body wrapped in a carpet in a vacant lot a few blocks from the parade route. Over … END_OF_DOCUMENT_TOKEN_TO_BE_REPLACED