The most terrifying monsters are real and walk among us every day.

Meet Lance Belanger, he has only one ambition, to be the most infamous killer of all time. After murdering a single mom and her toddler child, Lance indoctrinates himself into the world of serial murder. Before long, the bodies start turning up all over the country. Each victim is incapacitated by a puncture wound to the spine, then, while still alive, they are dismembered, their arms, legs, and head are severed from the torso.

FBI investigators call their killer “Highwayman.” But beyond the multi-state dumping of staged victims, the killer has left them little else to go on. With no DNA or forensic evidence, veteran FBI agent Lewis Ash is in a race against retirement as he tracks the elusive murderer.

Meanwhile, Lance has other plans that will up his game and increase his body count. In a web of murder that reaches from the United States to Bucharest, Romania, a diabolical plan is set into motion to attract the most dangerous predators the world has to offer.

Can the FBI stop this killer before he sets his plan into motion?

” . . . M.J. Preston has created a gripping thriller that few readers will be able to put down. Not for the faint of heart, the story plays out like a cinematic tale that is waiting to be told and creates a modern-day killer that is sure to haunt the dreams of many a reader.” – Anthony Avina, author of the Nightmare Academy Series.

Listen To A Audiobook Sample Of HIGHWAYMAN

Having abstained from killing for almost a year, the Highwayman is coming unglued. Unsure if the FBI is watching, Lance Belanger spends his days and nights in a paranoid malaise, longing to kill again. Meanwhile, in Bucharest, Romania, an … END_OF_DOCUMENT_TOKEN_TO_BE_REPLACED

Marty Croft has it all. A beautiful wife, and a successful career as a commercial artist. That is until his past comes back to haunt him. Enter Gordon Shamus, the psychotic son of Marty’s former gangster boss. After Marty’s wife is kidnapped, he … END_OF_DOCUMENT_TOKEN_TO_BE_REPLACED 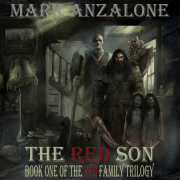 A Finalist in the Horror Category of the 2020 Next Generation Indie Book Awards! In a world terribly altered by a mysterious, year-long phenomenon dubbed the Great Darkness by some, the Dark Rapture by others, Vincent Alexander, a serial killer … END_OF_DOCUMENT_TOKEN_TO_BE_REPLACED

It has existed for centuries. A dark curse held captive by an ancient ritual, a creature of insatiable hunger possessing the ability to change shape at will. During the spring and fall equinox it would break through the walls, separating our … END_OF_DOCUMENT_TOKEN_TO_BE_REPLACED

The most terrifying monsters are real and walk among us every day. Meet Lance Belanger, he has only one ambition, to be the most infamous killer of all time. After murdering a single mom and her toddler child, Lance indoctrinates himself into the … END_OF_DOCUMENT_TOKEN_TO_BE_REPLACED

WHY DO SERIAL KILLERS KILL? OUT OF THE MOUTHS OF SERIAL KILLERS​ is as close as you will ever come to discovering the answer ... and in the killer’s own words! In this one-of-a-kind book, author Mary Brett corresponded with some of America’s … END_OF_DOCUMENT_TOKEN_TO_BE_REPLACED

What do Wyatt Earp, Belle Gunness, Big Foot the Renegade, Billy the Kid, and Dr. H.H. Holmes, and The Black Hand have in common? They were all subjects of true crime newspaper reporting in the 1800s, and now these stories and that of many others … END_OF_DOCUMENT_TOKEN_TO_BE_REPLACED

INCLUDES OVER 40 COLOR PHOTOGRAPHS! Frank Cullotta was best known for his exploits as an associate of the Chicago Outfit and his role as Tony Spilotro’s enforcer and street lieutenant in Las Vegas. However, he had another interest besides crime. … END_OF_DOCUMENT_TOKEN_TO_BE_REPLACED

It was the midcentury murder that fascinated a nation and kept it glued for two years to radio, television and newspapers through three trials. Did the handsome, wealthy doctor and his beautiful young paramour plan to kill his glamorous socialite … END_OF_DOCUMENT_TOKEN_TO_BE_REPLACED

As the adopted son of two cult leaders, Benjamin Risha was raised to someday assume a place of leadership in the Tony and Susan Alamo Christian Foundation with the Bible, and his parents’ interpretation of it, as his guide. He believed the prophecies … END_OF_DOCUMENT_TOKEN_TO_BE_REPLACED