As an author whose stock in trade is telling exciting stories and, hopefully, keeping you up past midnight (the way a great thriller always keeps ME flipping pages till dawn), I love it when you guys are interested enough in the backstage machinery to ask how I come up with plots like LOCKOUT. I could be flippant and say it takes a lot of scotch and cigars sitting on the back deck, but in reality, it’s more of an orderly procedure.

First, I spend a good bit of think time just brainstorming through the current and future state of aviation to distill out what the major challenges are going to be in the next ten or fifteen years (over-automation, crowded skies, air traffic control challenges, drones, pilot shortages, misbehaving passengers, terrorism, etc.), and then (this is where the scotch gets uncorked – usually a bottle of Oban), I focus on what generically could go wrong, and what everyone really needs to think about. The reason for this line of noodling goes back to my position with ABC World News and Good Morning America and the fact that when I come on air to talk about a new book, I always want to be able to relate it to high-interest and current aviation topics, and especially
those I think are going to be in the news in the near future! In the case of LOCKOUT, by the way (because some of you have asked), the plot was not a reaction to the disappearance of Malaysia 370 (the Boeing Triple-7 that was hijacked and crashed into the vast Indian Ocean on a flight to Beijing). I’d already created the basic plot line for the book the year before. But, given the question of whether and how much the aircraft’s automation contributed (or didn’t) to the disappearance, it put increasing pressure on me to write the book before something frighteningly close to LOCKOUT’s plot actually happens.

Please don’t misunderstand: I write these books to be entertaining, heart-pounding thrillers, not works of cautionary non-fiction. But since I’m a veteran airline captain and Air Force heavy jet aircraft commander who has been deeply involved with flight safety over the last thirty years, I’m all but incapable of presenting you with something that’s outside the realm of possibility, or referencing things or procedures in the cockpit that don’t exist. So, in addition to being a true thriller, every book also has a lot to offer in terms of accurate background, accurate dialogue, current concerns and the realities of aviation – especially the airline business.

And, yes, we pilots do talk funny on the radio and in the cockpit, and use terms like “roger,” “wilco,” “alpha” “bravo” and “Delta” (with no reference to the airline of a similar name). 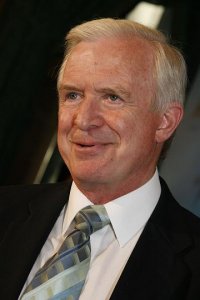 Armed with the keel beam of a plot, then, I start figuring out what characters would be most interesting, how they would interact, and figure out the ancillary plot lines and how they intertwine. I then work on accelerating the tension and the timeline and developing the characters within the scope of the story, but what I don’t do is exhaustively outline the book. I may know how it ends (sometimes I do), but as the writer, it’s important to not necessarily know how we’re going to get there. I need to be dynamically engaged with the suspense of the story I’m creating and have to be surprised at times too. No, the story doesn’t write itself, but what’s always a joy to experience is when two or more of my characters are interacting and the dialogue and action suddenly veer away unexpectedly. That happens when you realize, as you’re typing, that your characters would never say or do what you had planned. Those moments are fun, and sometimes that leaves me sitting at the laptop after ten or fifteen exciting pages wondering how the heck that happened? And, ultimately, if the author is surprised and pleased, there’s a good chance you will be as well.

On takeoff from Denver during a winter blizzard, an airliner piloted by veteran Captain Marty Mitchell overruns a commuter plane from behind. Bizarrely, the fuselage of the smaller aircraft is tenuously wedged onto the huge right wing of his Boeing … END_OF_DOCUMENT_TOKEN_TO_BE_REPLACED

ME FLY? IS THERE AN APP FOR THAT? Most of us who remain in love with flying in any reasonable form have to be feeling a bit helpless these days regarding the march of articles and reports (including a few studies) documenting declining enrollment … END_OF_DOCUMENT_TOKEN_TO_BE_REPLACED

For all my career as an airline pilot (Braniff International, 1975-May 12, 1982, 4:34 PM; and Alaska Airlines, 1985 2005) I’ve heard the breathless rumor that a pilot shortage was just around the corner–and it never was. Until now. Today, for … END_OF_DOCUMENT_TOKEN_TO_BE_REPLACED

Every now and then it seems like all you hear about are private aircraft accidents. To a certain extent, that’s due to a herd mentality among media–one crash begets heightened attention and quick reporting of the next one if close in time. But it’s … END_OF_DOCUMENT_TOKEN_TO_BE_REPLACED

Ah, harmony! When you’re sitting in the cabin of a jetliner zipping through hostile atmosphere at 39-thousand feet, legally and effectively at the mercy of your flight crew, the last thing you want back in 42B is a reason to worry about your crew … END_OF_DOCUMENT_TOKEN_TO_BE_REPLACED

Some Cases You Solve. Some Cases You Survive. Naval Criminal Investigative Service Special Agent, Tyrone Benhoff is in purgatory. That’s what agents call it when they find themselves on the wrong side of command and are transferred to a place … END_OF_DOCUMENT_TOKEN_TO_BE_REPLACED

New from award-winning author Terry Persun! After the murder of his wife and unborn child, the only time freelance tech investigator Ten feels alive is when he cuts himself. For the last few years, he has taken freelance investigative jobs. Some of … END_OF_DOCUMENT_TOKEN_TO_BE_REPLACED

Coming January 29th to REELZChannel™! The DEADLY ASSOCIATES documentary! Step into Chicago during the 1960s and ‘70s, where mobsters influence everyone from strip-club owners to Teamsters, aldermen, judges, and local police. It is a world where … END_OF_DOCUMENT_TOKEN_TO_BE_REPLACED

"Lizzette Martinez’s story embodies the fire energy that gives light and life to survivors all around her! Survivors need to see strength and perseverance despite opposition, and Lizzette models just that." - Melissa Schuman, actress and singer In … END_OF_DOCUMENT_TOKEN_TO_BE_REPLACED

Soon To Be A Documentary Series! My name is Suzanne Buchanan. There is an active arrest warrant for me in Thailand for articles I published on "The Backpacker Murders" as the former owner and editor of the Samui Times. I am a British citizen … END_OF_DOCUMENT_TOKEN_TO_BE_REPLACED

In this true crime-flavored novel, Detective William Boyett is called out on Mardi Gras evening in Mobile, Alabama to investigate the discovery of a young woman’s body wrapped in a carpet in a vacant lot a few blocks from the parade route. Over … END_OF_DOCUMENT_TOKEN_TO_BE_REPLACED