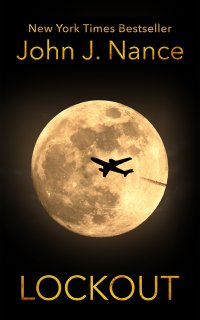 Every now and then it seems like all you hear about are private aircraft accidents. To a certain extent, that’s due to a herd mentality among media–one crash begets heightened attention and quick reporting of the next one if close in time. But it’s also true that fate occasionally allows a cluster of accidents. In fact, the majority of general aviation accidents (small aircraft not flying for a charter customer or corporate owner) you never hear about, because they’re covered only by local media. Even when people have been killed, it takes a very slow news day and a heightened level of media attention to get the disaster on the national news outlets.

The truth is, general aviation is getting safer year by year, although there is no question that flying in a small aircraft is–statistically and on average–many times more hazardous than commercial airline flying. But remember, this is an average: it does NOT correctly reflect the safety of a careful, well-trained general aviation pilot in a well-maintained airplane.

The biggest challenge in my view in the aftermath of a small aircraft accident is finding out all the contributing factors which led to the disaster so we can apply those lessons and prevent similar disasters in the future. While the blessedly few and far between commercial accident garners a full Go Team and sometimes years of careful scrutiny from the National Transportation Safety Board, small accidents usually draw only a single NTSB field investigator who usually has a very short period of time -measured in days – in which to solve the crash and file a report. Despite truly heroic efforts, many NTSB field investigators have to walk away from fatal air mishaps feeling that there was far more to it than just a bad pilot decision. The resources and the money, however, just can’t support the extremely detailed reports we’re familiar with from major accidents, and that fact means that we are prone to have repeat accidents from the same causes because we haven’t adequately learned and applied the lessons.

The Human Factors aspects–what led a human to fail when a human failure was at the heart of the loss–is a prime example. Okay, so we had a pilot continue flight into instrument weather conditions when he or she wasn’t qualified to handle such a challenge and that was a primary cause. But what leads a pilot to do such a thing? Bad raining? Bad attitude? Liquor? A hidden physical problem? When we’re unable to get all the contributing factors on the table, were unable to focus regulators and educators alike on eradicating the tendency of pilots to fall into the same traps.

So the next time you hear of (for instance) a light aircraft found in a ravine with a pilot and three passengers deceased in an accident which occurred in bad weather, don’t jump to conclusion that pilot error was the cause, or the only cause. Most accidents are far more complex.

On takeoff from Denver during a winter blizzard, an airliner piloted by veteran Captain Marty Mitchell overruns a commuter plane from behind. Bizarrely, the fuselage of the smaller aircraft is tenuously wedged onto the huge right wing of his Boeing … END_OF_DOCUMENT_TOKEN_TO_BE_REPLACED

ME FLY? IS THERE AN APP FOR THAT? Most of us who remain in love with flying in any reasonable form have to be feeling a bit helpless these days regarding the march of articles and reports (including a few studies) documenting declining enrollment … END_OF_DOCUMENT_TOKEN_TO_BE_REPLACED

For all my career as an airline pilot (Braniff International, 1975-May 12, 1982, 4:34 PM; and Alaska Airlines, 1985 2005) I’ve heard the breathless rumor that a pilot shortage was just around the corner–and it never was. Until now. Today, for … END_OF_DOCUMENT_TOKEN_TO_BE_REPLACED

Every now and then it seems like all you hear about are private aircraft accidents. To a certain extent, that’s due to a herd mentality among media–one crash begets heightened attention and quick reporting of the next one if close in time. But it’s … END_OF_DOCUMENT_TOKEN_TO_BE_REPLACED

Ah, harmony! When you’re sitting in the cabin of a jetliner zipping through hostile atmosphere at 39-thousand feet, legally and effectively at the mercy of your flight crew, the last thing you want back in 42B is a reason to worry about your crew … END_OF_DOCUMENT_TOKEN_TO_BE_REPLACED

Due to Sullivan’s extensive writing about Ted Bundy (which has produced six books), he’s become a sort of magnet over the years, drawing out many people who were part of the Bundy story, but have otherwise kept a low profile over the decades; and … END_OF_DOCUMENT_TOKEN_TO_BE_REPLACED

Volume One The Early Years In 1944 Brooklyn, newborn Michael J. Hardy is rejected by his mother so she can run with gangster Bugsy Siegel, Hardy’s godfather. Shirley Rook rose to the top of the criminal ranks. As the Queen of New York City … END_OF_DOCUMENT_TOKEN_TO_BE_REPLACED

This is the true story of Carmine Imbriale – a gambler, a brawler, a bandit, a bookie, an enforcer. For two decades, Imbriale was a street-level operative in one of the most violent crews in the Colombo Family, and he endeared himself to some of the … END_OF_DOCUMENT_TOKEN_TO_BE_REPLACED

Ten must track down and stop rogue scientists behind the development of criminal technology in THE HUMANZEEE EXPERIMENTS, the next installment of The 'Ten' Mystery Series! The International Security for Technological Innovations, a federal … END_OF_DOCUMENT_TOKEN_TO_BE_REPLACED

A 1986 family tragedy propels this gripping true crime debut as a mother searches for answers in the shocking murder of her husband—and conviction of her son. For years, Cherie struggles to overcome the consuming grief she suffers from the loss of … END_OF_DOCUMENT_TOKEN_TO_BE_REPLACED

It was a dreary winter afternoon in Ayer, Massachusetts, a quintessential New England town, the type which is romanticized in Robert Frost's poems. But on January 30, 1979, a woman’s scream was heard piercing the northeast tempest wind. In an … END_OF_DOCUMENT_TOKEN_TO_BE_REPLACED