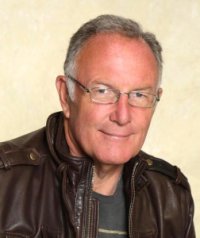 Hello, my name is Michael Withey and I’m a Seattle-based human rights lawyer and first-time author. Writing Summary Execution has long been my “bucket list” of one.

I have dedicated my career to fighting for the “little guy” against powerful interests and to protecting constitutional rights, civil rights, and human rights.

In June of 1981, I was a crusading young lawyer when my best friends Gene Viernes and Silme Domingo were murdered in a Seattle union hall in a political assassination for activities which threatened the interests of the regime of Ferdinand Marcos, the corrupt dictator of the Philippines. In the aftermath of the murders, I left my law practice for two and half years to pursue justice in their case, wearing a bullet proof vest and carrying a firearm for self-defense.

This was a very intense time in my life and it took a heavy personal toll. I was recently divorced, with two young children, working the case 24/7, hitting the bottle too hard, and trying to make ends meet on very little income. We had formed the Committee for Justice for Domingo and Viernes and worked 80-hour weeks to plot the strategies to hold accountable those involved in the murders. I was, and still am, deeply inspired by the amazing courage and grace of all the CJDV activists in their brave choice to fight for justice despite these intimidating murders. My strength, solace and solidarity was with those Committee activists, which included Cindy Domingo and Terri Mast, the sister and widow of Silme, as well as the dynamic legal team we had assembled.

We encountered and struggled against a cover-up that was dastardly and underhanded: 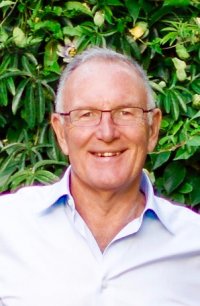 Our efforts eventually paid off and we won a $15.1 million federal court jury verdict against the Marcoses and negotiating a $3 million settlement on behalf of the Estates of Domingo and Viernes. We never did it for the money, but the settlement provided validation and some closure, although the involvement of US Intelligence agencies was left unresolved. Remarkably, this case still stands as the first and only instance of a foreign head of state being held liable for the murders of American citizens on US soil and is an important, precedent-setting case in international human rights circles.

Our pursuit of justice for Silme and Gene is not finished. We recently brought a Freedom of Information Act request against the FBI to obtain more information on the its mystery informant at the scene of the murders. To date the FBI has been stonewalling our requests but has admitted he was used as an informant by the Seattle FBI office during the times of the murders.

I was moved to write this book by the inspiration I draw from Silme Domingo who, with four .45 caliber bullet holes puncturing his chest, chased the fleeing assassins out of the union hall and, bleeding profusely, hailed a fireman in order to name the hit men. In writing this book, I hope to honor Silme’s dying wish: “Don’t let them get away with this!”

As I said in closing argument” “May justice flow like water and righteousness come down like a mighty stream!”

Soon To Be A Documentary Series! My name is Suzanne Buchanan. There is an active arrest warrant for me in Thailand for articles I published on "The Backpacker Murders" as the former owner and editor of the Samui Times. I am a British citizen … END_OF_DOCUMENT_TOKEN_TO_BE_REPLACED

Coming January 29th to REELZChannel™! The DEADLY ASSOCIATES documentary! Step into Chicago during the 1960s and ‘70s, where mobsters influence everyone from strip-club owners to Teamsters, aldermen, judges, and local police. It is a world where … END_OF_DOCUMENT_TOKEN_TO_BE_REPLACED

"Lizzette Martinez’s story embodies the fire energy that gives light and life to survivors all around her! Survivors need to see strength and perseverance despite opposition, and Lizzette models just that." - Melissa Schuman, actress and singer In … END_OF_DOCUMENT_TOKEN_TO_BE_REPLACED

Step inside the death chamber and behind the walls of Ohio’s death row. Bill Kimberlin, Psy.D, invites the reader on an extensive and unbiased journey inside Ohio’s death row in WATCH ME DIE: Last Words From Death Row. You will see how these … END_OF_DOCUMENT_TOKEN_TO_BE_REPLACED

"The wheels of justice turn slowly, but grind exceedingly fine." Renee Fehr knew that Gregory Houser killed her sister Sheryl. There was not a single doubt in her mind. Yet for 27 years Houser walked free. But Renee wouldn’t rest … END_OF_DOCUMENT_TOKEN_TO_BE_REPLACED

On the early morning of March 6, 1993, an intense fire broke out in a tiny nursery. Sixteen minutes later, firefighters had extinguished the blaze, only to reveal a room burned so severely, everything was virtually unrecognizable. Then, they were … END_OF_DOCUMENT_TOKEN_TO_BE_REPLACED

During the early morning hours of July 17, 1983, fatigue became a factor for the young couple from central Illinois who spent their day under the hot sun at Marriott’s Great America amusement park north of Chicago. On their drive home, the tired … END_OF_DOCUMENT_TOKEN_TO_BE_REPLACED

Some Cases You Solve. Some Cases You Survive. Naval Criminal Investigative Service Special Agent, Tyrone Benhoff is in purgatory. That’s what agents call it when they find themselves on the wrong side of command and are transferred to a place … END_OF_DOCUMENT_TOKEN_TO_BE_REPLACED

New from award-winning author Terry Persun! After the murder of his wife and unborn child, the only time freelance tech investigator Ten feels alive is when he cuts himself. For the last few years, he has taken freelance investigative jobs. Some of … END_OF_DOCUMENT_TOKEN_TO_BE_REPLACED

Coming January 29th to REELZChannel™! The DEADLY ASSOCIATES documentary! Step into Chicago during the 1960s and ‘70s, where mobsters influence everyone from strip-club owners to Teamsters, aldermen, judges, and local police. It is a world where … END_OF_DOCUMENT_TOKEN_TO_BE_REPLACED

"Lizzette Martinez’s story embodies the fire energy that gives light and life to survivors all around her! Survivors need to see strength and perseverance despite opposition, and Lizzette models just that." - Melissa Schuman, actress and singer In … END_OF_DOCUMENT_TOKEN_TO_BE_REPLACED

Soon To Be A Documentary Series! My name is Suzanne Buchanan. There is an active arrest warrant for me in Thailand for articles I published on "The Backpacker Murders" as the former owner and editor of the Samui Times. I am a British citizen … END_OF_DOCUMENT_TOKEN_TO_BE_REPLACED

In this true crime-flavored novel, Detective William Boyett is called out on Mardi Gras evening in Mobile, Alabama to investigate the discovery of a young woman’s body wrapped in a carpet in a vacant lot a few blocks from the parade route. Over … END_OF_DOCUMENT_TOKEN_TO_BE_REPLACED