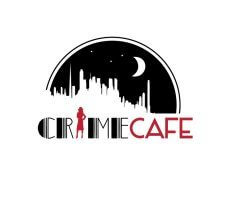 From the desk of Debbi Mack:

“I’m going to launch a podcast called the Crime Cafe, during which I’ll be interviewing mystery, suspense, thriller, and noir authors. I’d be glad to expand that to include true crime authors. The podcast is scheduled to launch before July 4th.

My first guest will be Jenny Milchman, author of COVER OF SNOW and RUIN FALLS.” 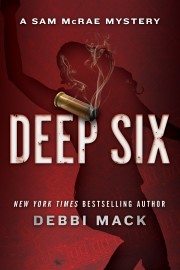 As the adopted son of two cult leaders, Benjamin Risha was raised to someday assume a place of leadership in the Tony and Susan Alamo Christian Foundation with the Bible, and his parents’ interpretation of it, as his guide. He believed the prophecies … END_OF_DOCUMENT_TOKEN_TO_BE_REPLACED

In 1976, a killer who called himself ‘The Son of Sam’ shot and killed a half dozen people and wounded as many more in New York City. During his crime spree, the madman left bizarre letters mocking the police and promising more deaths. After months … END_OF_DOCUMENT_TOKEN_TO_BE_REPLACED

It was the midcentury murder that fascinated a nation and kept it glued for two years to radio, television and newspapers through three trials. Did the handsome, wealthy doctor and his beautiful young paramour plan to kill his glamorous socialite … END_OF_DOCUMENT_TOKEN_TO_BE_REPLACED

Transparency and Accountability Will Help Restore the Credibility of the Church We live in a secular, skeptical, and cynical age. Americans have lost faith in its institutions – including the church. Although the vast majority of Christian … END_OF_DOCUMENT_TOKEN_TO_BE_REPLACED

Born in 1960, Jesus Ruiz Henao grew up poor, but wanted to be rich like the drug dealers he saw growing up in the cocaine-producing region of Colombia’s Valle of the Cauca. To realize his ambition, Ruiz Henao moved to London, United Kingdom, in 1985. … END_OF_DOCUMENT_TOKEN_TO_BE_REPLACED