Last weekend, I was glued to my couch as I finally had an opportunity to binge watch and critique Netflix’s highly anticipated “Making a Murderer 2.” Friday night/Saturday morning I finished episodes 1, 2, 3, 4 and 5. Saturday night was episodes 6,7, 8 and 9. I saved episode 10, the captivating finale, for Sunday afternoon. I have a close connection to the case, having produced dozens of in-depth pieces when I was living in Wisconsin as an investigative reporter at the USA TODAY NETWORK-Wisconsin in 2016 and 2017.

I honestly did not know what to expect. December 2015’s ten-part series took the world by storm and rightly so. It was worthy of all the international accolades and Emmy Awards that went to filmmakers Moira Demos and Laura Ricciardi.

“Making a Murderer 2” is essentially three powerful stories rolled into one very powerful documentary. There’s the story of Steven Avery’s new top-notch lawyer, Kathleen Zellner, who comes into the Avery post-conviction case completely stone cold, in January 2016. Zellner knows very little about the original case. She just knows Steven Avery is innocent of Teresa Halbach’s 2005 killing and that without her intervention, Avery has zero chance to regain his freedom or get a new trial, a fair trial in Wisconsin.

Story 2 concerns the federal court battle involving Brendan Dassey’s tenacious and hard-working lawyers, Steven Drizin and Laura Nirider from the Center on Wrongful Convictions in Chicago. In August 2016, they win one of the biggest rulings of their lives when a federal judge in Milwaukee overturns Brendan Dassey’s conviction only to have their victory dragged out and dragged out and dragged out some more by the Wisconsin Attorney General Brad Schimel who does this purely for political reasons. 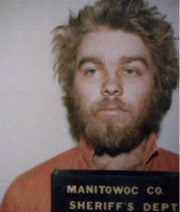 Steven Avery’s wrongful conviction case was the topic of the Netflix original “Making A Murderer.”

Story 3 is personally touching to me. It’s why “Making a Murderer 2” is so terrific.

Demos and Ricciardi bring viewers into the current lives of Dolores and Allan Avery. The parents are getting up in their years. “Making a Murderer 2” follows Dolores and Allan to their doctor’s visits and during their long drives to visit Steven at the state prison facility in Waupun. You also see them struggle to make sense of Steven’s slow, drawn out post-conviction process, just like the first time around, the one that took 18 years. Will Allan and Dolores live to see the day when their son Steven is released from prison, when Steven regains his freedom? Having made several trips over these past few years to Avery Salvage Yard, where I am always welcomed and well-received, I found it incredibly gratifying to see how “Making a Murderer 2” portrayed Allan and Dolores, as well as Chuck and Earl. The Avery brothers are two of the hardest working people you will find.

Some people who watch “Making a Murderer 2” may suggest it’s too slow of a story line. My response to them is to quote my not-so-good friend Andy Colborn of the Manitowoc County Sheriff’s Department who was once quoted by In Touch magazine as saying, “I don’t have any other comment than that is ludicrous.”

Folks, “Making a Murderer 2” was never intended to be some make believe, made for TV movie. It’s not intended to be a slick, hour-long “CSI” episode that leaves you feeling entertained and ready for next week’s brand new fictitious story plot.

“Making a Murderer 2” does a masterful job of laying bare the cruel realities that our state district courts, our state supreme courts and our federal appeals courts are completely inefficient at quickly addressing the many wrongful conviction cases that continue to happen.

“Making a Murderer 2” is not meant to be a pretty story. It’s a sad story, a very sad story, and the second documentary needed to be told this way, which is the right way.

During the early morning hours of July 17, 1983, fatigue became a factor for the young couple from central Illinois who spent their day under the hot sun at Marriott’s Great America amusement park north of Chicago. On their drive home, the tired … END_OF_DOCUMENT_TOKEN_TO_BE_REPLACED

“Ferak chronicles the long and sordid history of the Manitowoc County Sheriff’s department and the reason Sweaty’s license was suspended. Framing Avery was just par for the course." -- Kathleen Zellner In 2016-17, while working for the USA TODAY … END_OF_DOCUMENT_TOKEN_TO_BE_REPLACED

'MAKING A MURDERER' TIMES SIX! If the dubious efforts of law enforcement that led to the case behind MAKING A MURDERER made you cringe, your skin will crawl at the injustice portrayed in FAILURE OF JUSTICE: A Brutal Murder, An Obsessed Cop, Six … END_OF_DOCUMENT_TOKEN_TO_BE_REPLACED

Tainted Evidence In The Murder of Jessica O'Grady? Jessica O’Grady was a tall, starry-eyed co-ed in search of finding her Mr. Right. Christopher Edwards was a 19-year-old deceitful and darkened soul. David Kofoed was a veteran crime lab … END_OF_DOCUMENT_TOKEN_TO_BE_REPLACED

A WildBlue Press True Crime By Award-Winning Journalist John Ferak Dixie Shanahan had a terribly troubled and abusive marriage in the sleepy little town of Defiance, Iowa. Then one summer day in 2002, Dixie's mean and wicked husband was gone. Some … END_OF_DOCUMENT_TOKEN_TO_BE_REPLACED

Due to Sullivan’s extensive writing about Ted Bundy (which has produced six books), he’s become a sort of magnet over the years, drawing out many people who were part of the Bundy story, but have otherwise kept a low profile over the decades; and … END_OF_DOCUMENT_TOKEN_TO_BE_REPLACED

Volume One The Early Years In 1944 Brooklyn, newborn Michael J. Hardy is rejected by his mother so she can run with gangster Bugsy Siegel, Hardy’s godfather. Shirley Rook rose to the top of the criminal ranks. As the Queen of New York City … END_OF_DOCUMENT_TOKEN_TO_BE_REPLACED

It was a dreary winter afternoon in Ayer, Massachusetts, a quintessential New England town, the type which is romanticized in Robert Frost's poems. But on January 30, 1979, a woman’s scream was heard piercing the northeast tempest wind. In an … END_OF_DOCUMENT_TOKEN_TO_BE_REPLACED

This is the true story of Carmine Imbriale – a gambler, a brawler, a bandit, a bookie, an enforcer. For two decades, Imbriale was a street-level operative in one of the most violent crews in the Colombo Family, and he endeared himself to some of the … END_OF_DOCUMENT_TOKEN_TO_BE_REPLACED

Teens savagely murder a couple in the name of their vampire cult. A sex-starved teacher cannot get enough of her young male student. The case of a missing child keeps cops awake at night for years after his confounding … END_OF_DOCUMENT_TOKEN_TO_BE_REPLACED

Koh Tao--a small island in the Gulf of Thailand, surrounded by pristine beaches, swathed in sunshine, and a mecca for tourists, divers and backpackers. But "Turtle Island" has its dark side. In 2014, Koh Tao was the site of the brutal double murders … END_OF_DOCUMENT_TOKEN_TO_BE_REPLACED

Coming January 29th to REELZChannel™! The DEADLY ASSOCIATES documentary! Step into Chicago during the 1960s and ‘70s, where mobsters influence everyone from strip-club owners to Teamsters, aldermen, judges, and local police. It is a world where … END_OF_DOCUMENT_TOKEN_TO_BE_REPLACED

"Lizzette Martinez’s story embodies the fire energy that gives light and life to survivors all around her! Survivors need to see strength and perseverance despite opposition, and Lizzette models just that." - Melissa Schuman, actress and singer In … END_OF_DOCUMENT_TOKEN_TO_BE_REPLACED

Due to Sullivan’s extensive writing about Ted Bundy (which has produced six books), he’s become a sort of magnet over the years, drawing out many people who were part of the Bundy story, but have otherwise kept a low profile over the decades; and … END_OF_DOCUMENT_TOKEN_TO_BE_REPLACED

Volume One The Early Years In 1944 Brooklyn, newborn Michael J. Hardy is rejected by his mother so she can run with gangster Bugsy Siegel, Hardy’s godfather. Shirley Rook rose to the top of the criminal ranks. As the Queen of New York City … END_OF_DOCUMENT_TOKEN_TO_BE_REPLACED

This is the true story of Carmine Imbriale – a gambler, a brawler, a bandit, a bookie, an enforcer. For two decades, Imbriale was a street-level operative in one of the most violent crews in the Colombo Family, and he endeared himself to some of the … END_OF_DOCUMENT_TOKEN_TO_BE_REPLACED

Ten must track down and stop rogue scientists behind the development of criminal technology in THE HUMANZEEE EXPERIMENTS, the next installment of The 'Ten' Mystery Series! The International Security for Technological Innovations, a federal … END_OF_DOCUMENT_TOKEN_TO_BE_REPLACED

It was a dreary winter afternoon in Ayer, Massachusetts, a quintessential New England town, the type which is romanticized in Robert Frost's poems. But on January 30, 1979, a woman’s scream was heard piercing the northeast tempest wind. In an … END_OF_DOCUMENT_TOKEN_TO_BE_REPLACED