Get BETTER OFF DEAD
eBook 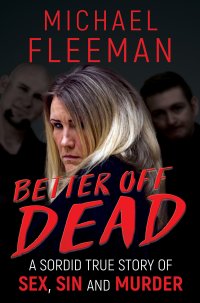 A frustrated, unhappy wife. Her much younger, attentive lover. A husband who degrades and ignores her. The stage is set for a love-triangle murder that shatters family illusions and lays bare a quiet family community’s secret world of sex, sin and swinging.

BETTER OFF DEAD, the latest true crime book from New York Times bestselling author Michael Fleeman, strips away the pleasant veneer of the Silver Lakes neighborhood in California’s high desert to tell a shocking story about a headline-grabbing crime.

Sabrina Limon, a vivacious blond mother of two and part-time “sample girl” at Costco, is handing out free food samples one day when in walks handsome young firefighter Jonathan Hearn shopping for the station.

Their conversation leads to a flirtation that leads to a steamy affair that has them hooking up once and twice a week at her home, his home, and out in hidden spots in the vast Mojave.

Sabrina finds in Jonathan’s embrace the love and understanding she lacks at home. To the outside world, husband Robert is a big tattooed teddy bear of a man, a hard-working railroad mechanic, loved by all. This gregarious couple seemed matched by their love of family, friends and good times.

With Jonathan showering Sabrina with poetry, gifts, religious insights and, of course, illicit sex, a devious plan is allegedly hatched; one hot August night Robert Limon is found dead of two gunshots in a pool of blood. 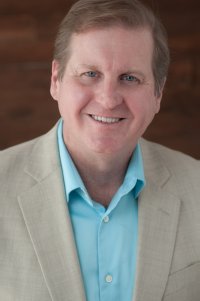 False leads send police into dead-ends until a tip arrives from a most unexpected place. For Sabrina, it’s a stunning betrayal that hurtles the case back to a perfect little place in the desert. With informants, undercover cops and wiretaps, investigators discover a romance fueled by lies and dangerous fantasies.

Are Sabrina and Jonathan merely covering up an affair? Or are they hiding a conspiracy that led to murder?

“Beautifully written, well documented … this is an exceptionally fine novel by an author who has mastered his craft.”–Grady Harp’s Reviews

The operator told Shaun to get out of the building, now. He did, in a daze. The cell phone still to his ear with the 911 operator on the line, he wandered out to the asphalt parking area, twilight in the high desert.

A man approached, somebody who worked out of a neighboring unit, and asked Shaun what was going on.

“I think Rob’s dead,” Shaun told him. Suddenly the reality of the situation hit. He dropped to his knees and his body convulsed. He felt tears coming.

How long he was like this he couldn’t remember. The next thing he knew he heard cars approaching. He looked up and saw a woman in a uniform. He pointed to the garage and said, “He has two kids.” 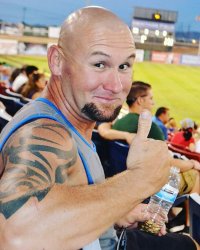 As with my other books, the issue of gender hangs over the case from beginning to end. Writing it meant being wary of trucking in old stereotypes about women and murder.

For guidance I turned to a very good book with a cumbersome title: “Judge, Lawyer, Victim, Thief: Women, Gender Roles, and Criminal Justice.” This 1982 collection of articles by leading researchers identifies six common stereotypes, or “controlling images,” of women in the justice system.

These stereotypes apply to women murderers, but also often to female victims and even those who work in the justice system, including lawyers and prison guards.

Seen often in nonfiction books as well as news stories and TV shows and movies, the stereotypes include “Women as the Pawn of Biology,” driven to kill by their menstrual cycles or to prostitution by raging sexuality. There’s also the “Active Woman as Masculine,” so man-like in their criminal urges (or careers) that they’re depicted as large and hairy.

The list goes on, but the controlling images that seem to apply to the case in “Better Off Dead” are these three: “Woman as Passive and Weak,” “Woman as Impulsive and Non-Analytical” and “Woman as Impressionable and in Need of Protection.” 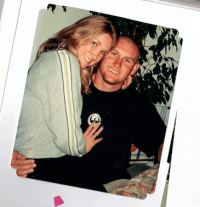 Throughout the case Sabrina Limon is treated as an amalgamation of the three. She’s portrayed as a sweet, dim-bulb high school dropout and hard-partyer, certainly impulsive and non-analytical, so emotionally destroyed by her husband’s death that she falls, passively and weakly, into the protective arms of the wiser boyfriend/killer. As a result she blindly follows him to her doom.

What’s noteworthy is that these stereotypes were pushed by Sabrina’s own lawyer. In fact it’s the crux of the defense.

The prosecution, by contrast, treats Sabrina as it would any other murder defendant — that is to say, like a man.

BETTER OFF DEAD by Michael Fleeman

Soon To Be A Documentary Series! My name is Suzanne Buchanan. There is an active arrest warrant for me in Thailand for articles I published on "The Backpacker Murders" as the former owner and editor of the Samui Times. I am a British citizen … END_OF_DOCUMENT_TOKEN_TO_BE_REPLACED

Coming January 29th to REELZChannel™! The DEADLY ASSOCIATES documentary! Step into Chicago during the 1960s and ‘70s, where mobsters influence everyone from strip-club owners to Teamsters, aldermen, judges, and local police. It is a world where … END_OF_DOCUMENT_TOKEN_TO_BE_REPLACED

"Lizzette Martinez’s story embodies the fire energy that gives light and life to survivors all around her! Survivors need to see strength and perseverance despite opposition, and Lizzette models just that." - Melissa Schuman, actress and singer In … END_OF_DOCUMENT_TOKEN_TO_BE_REPLACED

Step inside the death chamber and behind the walls of Ohio’s death row. Bill Kimberlin, Psy.D, invites the reader on an extensive and unbiased journey inside Ohio’s death row in WATCH ME DIE: Last Words From Death Row. You will see how these … END_OF_DOCUMENT_TOKEN_TO_BE_REPLACED

"The wheels of justice turn slowly, but grind exceedingly fine." Renee Fehr knew that Gregory Houser killed her sister Sheryl. There was not a single doubt in her mind. Yet for 27 years Houser walked free. But Renee wouldn’t rest … END_OF_DOCUMENT_TOKEN_TO_BE_REPLACED

On the early morning of March 6, 1993, an intense fire broke out in a tiny nursery. Sixteen minutes later, firefighters had extinguished the blaze, only to reveal a room burned so severely, everything was virtually unrecognizable. Then, they were … END_OF_DOCUMENT_TOKEN_TO_BE_REPLACED

During the early morning hours of July 17, 1983, fatigue became a factor for the young couple from central Illinois who spent their day under the hot sun at Marriott’s Great America amusement park north of Chicago. On their drive home, the tired … END_OF_DOCUMENT_TOKEN_TO_BE_REPLACED

Some Cases You Solve. Some Cases You Survive. Naval Criminal Investigative Service Special Agent, Tyrone Benhoff is in purgatory. That’s what agents call it when they find themselves on the wrong side of command and are transferred to a place … END_OF_DOCUMENT_TOKEN_TO_BE_REPLACED

New from award-winning author Terry Persun! After the murder of his wife and unborn child, the only time freelance tech investigator Ten feels alive is when he cuts himself. For the last few years, he has taken freelance investigative jobs. Some of … END_OF_DOCUMENT_TOKEN_TO_BE_REPLACED

Coming January 29th to REELZChannel™! The DEADLY ASSOCIATES documentary! Step into Chicago during the 1960s and ‘70s, where mobsters influence everyone from strip-club owners to Teamsters, aldermen, judges, and local police. It is a world where … END_OF_DOCUMENT_TOKEN_TO_BE_REPLACED

"Lizzette Martinez’s story embodies the fire energy that gives light and life to survivors all around her! Survivors need to see strength and perseverance despite opposition, and Lizzette models just that." - Melissa Schuman, actress and singer In … END_OF_DOCUMENT_TOKEN_TO_BE_REPLACED

Soon To Be A Documentary Series! My name is Suzanne Buchanan. There is an active arrest warrant for me in Thailand for articles I published on "The Backpacker Murders" as the former owner and editor of the Samui Times. I am a British citizen … END_OF_DOCUMENT_TOKEN_TO_BE_REPLACED

In this true crime-flavored novel, Detective William Boyett is called out on Mardi Gras evening in Mobile, Alabama to investigate the discovery of a young woman’s body wrapped in a carpet in a vacant lot a few blocks from the parade route. Over … END_OF_DOCUMENT_TOKEN_TO_BE_REPLACED