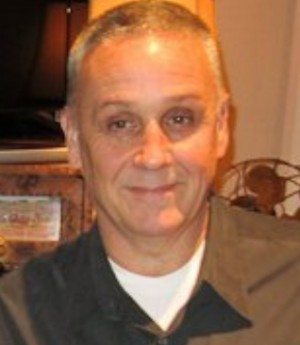 Since the August publication of BOGEYMAN, I’ve frequently been asked how and why I chose this particular story to write about. I know what drives some of that: True Crime authors usually steer clear of stories about the murder of children, particularly those involving a killer who’s a stranger … a bogeyman.

Sure there are the books in which the parents murder their offspring (and sometimes spouse), and we’re all justifiably horrified. But there’s something about a serial, or mass, killer of children that goes a step beyond into a realm where even the most ardent True Crime readers don’t want to go.

I certainly wasn’t looking to do a book involving a serial child killer when I spoke to Detective Gary Sweet of the Garland Police Department. I met him several years ago at a courthouse in Dallas, Texas while researching another cold case murder for which he was the main investigator. As authors do, I asked him if he had any other cases that might make a good book. He sort of hesitated and said, “Well, the case I’m the most proud of is …” and proceeded to give me an overview of the investigation that became the book BOGEYMAN.

At first I had the usual apprehension about a book involving a child killer, but what struck me was that Sweet didn’t call his investigation his most “interesting,” or “dramatic,” of the case that took the most clever detective work or had the most exciting scenes to describe. He said he was the “most proud,” which even if I didn’t hear it in his voice—and I did—meant it was a case that was personal to him.

A seasoned, well-regarded homicide investigator, Sweet is a bulldog when it comes to solving cases, and they are all important to him. But something about solving the murders of three little girls nearly two decades earlier had touched him in a way no other case had. So we began talking about the case, and I listened to the remarkable story of his efforts. Then I met other detectives like Bruce Bradshaw of the Mesquite PD and Jeff Heck of the Indiana State Police who, even before Gary Sweet got involved, had let these little girls into their hearts, and into their lives and the lives of their families, in a way that went beyond the call of duty. And I met Molly Robertson who talked to me about her ex-husband and Bradshaw’s partner, Bob Holleman, who never could let go of the murder of one of the children until it had devastated his marriage, his career, and his life.

It was through them, once they let me into those areas of their psyches normally hidden from the public, that I knew how to write a book involving a serial child killer. I wouldn’t dwell on what happened to those sweet children, nor would I concentrate on the evil man who terrorized and murdered them. Instead, in a time when it seems that all we hear about law enforcement are the bad apples, I would write a book about the emotional, psychological and physical sacrifices of those good men, and their families, to answer the questions the victims’ families had been waiting for and bring justice to those children. I wanted readers to come away knowing that if there are monsters in the world, there are also monster-hunters and we can all rest easier because of them.

Two Great True Crime Books For The Price Of One! Filling Out The Form Also Enters You To Win One Of Four Signed Print Copies Of SMOOTH … END_OF_DOCUMENT_TOKEN_TO_BE_REPLACED

Date: August 7, 2014 Garland police detective Gary Sweet discusses on Dallas WFAA television how he got involved in the case that was the basis for … END_OF_DOCUMENT_TOKEN_TO_BE_REPLACED

It was a stimulating and inspirational day at our most recent salon in Cardiff-by- the-sea (or so I’m told). I was thrilled that a couple of repeat attendees said they … END_OF_DOCUMENT_TOKEN_TO_BE_REPLACED

Some Cases You Solve. Some Cases You Survive. Naval Criminal Investigative Service Special Agent, Tyrone Benhoff is in purgatory. That’s what agents call it when they find themselves on the wrong side of command and are transferred to a place … END_OF_DOCUMENT_TOKEN_TO_BE_REPLACED

New from award-winning author Terry Persun! After the murder of his wife and unborn child, the only time freelance tech investigator Ten feels alive is when he cuts himself. For the last few years, he has taken freelance investigative jobs. Some of … END_OF_DOCUMENT_TOKEN_TO_BE_REPLACED

Coming January 29th to REELZChannel™! The DEADLY ASSOCIATES documentary! Step into Chicago during the 1960s and ‘70s, where mobsters influence everyone from strip-club owners to Teamsters, aldermen, judges, and local police. It is a world where … END_OF_DOCUMENT_TOKEN_TO_BE_REPLACED

"Lizzette Martinez’s story embodies the fire energy that gives light and life to survivors all around her! Survivors need to see strength and perseverance despite opposition, and Lizzette models just that." - Melissa Schuman, actress and singer In … END_OF_DOCUMENT_TOKEN_TO_BE_REPLACED

Soon To Be A Documentary Series! My name is Suzanne Buchanan. There is an active arrest warrant for me in Thailand for articles I published on "The Backpacker Murders" as the former owner and editor of the Samui Times. I am a British citizen … END_OF_DOCUMENT_TOKEN_TO_BE_REPLACED

In this true crime-flavored novel, Detective William Boyett is called out on Mardi Gras evening in Mobile, Alabama to investigate the discovery of a young woman’s body wrapped in a carpet in a vacant lot a few blocks from the parade route. Over … END_OF_DOCUMENT_TOKEN_TO_BE_REPLACED