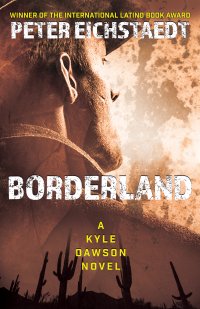 When a prominent land developer is brutally murdered on the U.S.-Mexico border, it’s not just another cartel killing to journalist Kyle Dawson. The dead man is his father.

Dawson, a veteran war correspondent, vows to uncover the truth. To do that, he must confront the ghosts of his past: including his cousin and confidant, DEA special agent Raoul Garcia; his former high school sweetheart, Anita Alvarez; his mystical Mexican-Indian mother; and his estranged children and ex-wife.

When Dawson and Alvarez, now a star reporter for a local TV station, go out to dinner after two decades apart, they witness the slaying of cartel boss Don Diego Borrego. Although they reignite their relationship, the two find themselves locked in a deadly competition. Alvarez is desperate to stay one step ahead, using her ties to the Borrego family, hoping the story will take her to the big time.

Meanwhile, Dawson must make dangerous choices when he uncovers his father’s ties to the cartel drug trade, ties that include a man on the verge of being elected to the White House. He tracks Alvarez high into the Sierra Madre mountains, where she’s been enticed by the promise of an exclusive interview with the new drug cartel boss. But who will leave alive with the story of a lifetime exposing the sordid truth behind a rising star in U.S. politics? 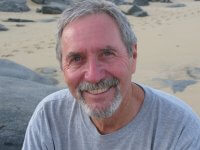 Garcia nodded to the deputies as he lifted the tape and stepped closer to get a good look. The victim’s head was held together by the duct tape, the jaw mangled, upper teeth and bone exposed. Yeah, it was Sam Dawson. As if Sam was hard to miss. The jowly face, no neck, barrel chest, and medicine-ball belly covered by a bloodstained polo shirt monogrammed with the country club logo.

Garcia had known Kyle Dawson’s dad since forever. “Shee-it,” he said with a sigh. Times were different back then. Innocent. Where had it all gone wrong?

The gun battle at the border crossing two days earlier was bad enough. Now this. Sam Dawson was dead, executed to be precise. A high-profile land developer with strong political connections. And the father of his cousin and best friend. That black cloud that he felt hovering over Juárez was growing. Now Kyle was involved.

Two medical technicians from the Las Cruces hospital unfolded a black body bag, placed it on the ground, and zipped it open. They pulled on latex gloves.

“Help me here,” one said, swatting at swarming flies.

The other brushed away crawling ants and used a pocket blade to cut the tape that bound Sam’s wrists, freeing the arms beset by rigor mortis.

Garcia remembered Sam’s hands, big enough to palm a basketball. Sam used them to pat the backs of friends and prospective land buyers. The technicians stooped to lift the body, then worked the legs into the bag. 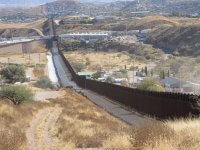 He gazed at the wire fence that marked the U.S.-Mexico border, stretching into the horizon, fading into the sand and sparse brush. Just five strands of barbed wire that marked the dividing line between two countries tied together in more ways than most people wanted to admit. The sun felt heavy on his shoulders. Garcia had already made one call. He dreaded the next.

“Smart, fast tale by a true storyteller. This book grabs you from the first page and takes you on a hell-bent gallop across the perilous border between the USA and Mexico.” –Ron Franscell, author of Morgue, a Life in Death; and mysteries including The Deadline and The Obituary.

“It has everything! Highly recommended!” – Larry Gerber, reader

“I hope … this book … will be picked up and made into a film, preferably by Tarantino. Russell, or Scott.”— Novemberday, reader

“Exhilarating… and written with a passion for troubled land.” – Rob Crilly, author of Saving Darfur

“This no-holds barred book should be on the desk of every politico in our nation and beyond…. A gripping page-turner….” – Salem-News.com

“A powerful and long-overdue exposé of greed and violence… a harrowing and important work….” – Greg Campbell, author of Blood Diamonds

“An insightful…account of how the U.S.-Mexico divide had turned into (a)… frontier of fear.” – Peter Andreas, author of Smuggler Nation

“Brilliantly illuminates the strange world of the U.S.-Mexico Border, a world inhabited by ruthless drug traffickers and gunrunners… politicians of all stripes and views, (and) multiple layers of law enforcement….” – Timothy Henderson, author of A Glorious Defeat

It's the holidays again! You're probably searching for and picking out the perfect present for everyone on your list. Consider this your reminder to treat yourself to something nice this holiday season, like free audiobooks with our Holiday Audiobook … END_OF_DOCUMENT_TOKEN_TO_BE_REPLACED

It's always a good day for free audiobooks! That's right! Free audiobooks! Just a gift from us to you, our readers.   Browse by genre and select the cover to get more information and your free copy! Non-Fiction True Crime Business … END_OF_DOCUMENT_TOKEN_TO_BE_REPLACED

We know how hard 2020 has been. To help you end the year on a better note, we wanted to give you the gift of free audiobooks! Hence, the Holiday 2020 Audiobook Giveaway! You're probably thinking of gifts for others right now, like we always do during … END_OF_DOCUMENT_TOKEN_TO_BE_REPLACED

Desperate to move his stalled agenda, the liberal US president agrees to a summit with top congressional conservatives in a swank resort retreat in northern New Mexico. But the confab quickly morphs into a national crisis when the president is … END_OF_DOCUMENT_TOKEN_TO_BE_REPLACED

In 2018, WildBlue Press released 29 new titles! Among those titles, twenty-one were under the true crime genre, four were thrillers, two mysteries, and one business book as well as one fantasy book. From winning awards to being featured on … END_OF_DOCUMENT_TOKEN_TO_BE_REPLACED

Some Cases You Solve. Some Cases You Survive. Naval Criminal Investigative Service Special Agent, Tyrone Benhoff is in purgatory. That’s what agents call it when they find themselves on the wrong side of command and are transferred to a place … END_OF_DOCUMENT_TOKEN_TO_BE_REPLACED

TRIBULATIONS is the anticipated and exciting sequel to HAPPENSTANCE, the SciFi/TechnoThriller novel that introduced Blake Thompson to the world. September 11, 2029. It’s been almost a year since Blake Thompson discovered an alien ship near … END_OF_DOCUMENT_TOKEN_TO_BE_REPLACED

"O'Callaghan is back with a vengeance ..." -- Gregg Olsen, #1 New York Times bestselling author Is there a sociopathic killer on the loose and murdering prostitutes in New York City?  NYPD’s top cop, Homicide Commander Lieutenant John … END_OF_DOCUMENT_TOKEN_TO_BE_REPLACED

Tourism in New York City is under siege.  Visitors to the Big Apple have become targets of vengeful twins hell bent on exacting punishment on total strangers to right the hellacious wrongs perpetrated against them in a hellhole they called … END_OF_DOCUMENT_TOKEN_TO_BE_REPLACED

A sociopathic killer is using the internet to lure seemingly random women to their gruesome deaths in New York City.  During his heinous murderous spree this madman is extracting the bones of his victims.  His sheer brutality has the … END_OF_DOCUMENT_TOKEN_TO_BE_REPLACED

In an experiment to discover what secrets are hidden within the infinite vastness of the galaxy, scientists create a machine so powerful that it rips a hole through space and time. But instead of revealing the dark world of their own universe the … END_OF_DOCUMENT_TOKEN_TO_BE_REPLACED

What would a mad mullah actually do with a weapon of mass destruction? Simple. He would use it.   Derek Martell is in a dead end career, manning a fuel point in Eastern Iraq. It’s a far fall from a life of fortune and glory, but he’s … END_OF_DOCUMENT_TOKEN_TO_BE_REPLACED

In the backcountry of Idaho, a tribe of men are hunting and killing with a dream of returning the world to an earlier time. A time when courage and prowess in the field determined a man’s worth. A time when the strong took what they wanted, and … END_OF_DOCUMENT_TOKEN_TO_BE_REPLACED

Some Cases You Solve. Some Cases You Survive. Naval Criminal Investigative Service Special Agent, Tyrone Benhoff is in purgatory. That’s what agents call it when they find themselves on the wrong side of command and are transferred to a place … END_OF_DOCUMENT_TOKEN_TO_BE_REPLACED

New from award-winning author Terry Persun! After the murder of his wife and unborn child, the only time freelance tech investigator Ten feels alive is when he cuts himself. For the last few years, he has taken freelance investigative jobs. Some of … END_OF_DOCUMENT_TOKEN_TO_BE_REPLACED

Coming January 29th to REELZChannel™! The DEADLY ASSOCIATES documentary! Step into Chicago during the 1960s and ‘70s, where mobsters influence everyone from strip-club owners to Teamsters, aldermen, judges, and local police. It is a world where … END_OF_DOCUMENT_TOKEN_TO_BE_REPLACED

"Lizzette Martinez’s story embodies the fire energy that gives light and life to survivors all around her! Survivors need to see strength and perseverance despite opposition, and Lizzette models just that." - Melissa Schuman, actress and singer In … END_OF_DOCUMENT_TOKEN_TO_BE_REPLACED

Soon To Be A Documentary Series! My name is Suzanne Buchanan. There is an active arrest warrant for me in Thailand for articles I published on "The Backpacker Murders" as the former owner and editor of the Samui Times. I am a British citizen … END_OF_DOCUMENT_TOKEN_TO_BE_REPLACED

In this true crime-flavored novel, Detective William Boyett is called out on Mardi Gras evening in Mobile, Alabama to investigate the discovery of a young woman’s body wrapped in a carpet in a vacant lot a few blocks from the parade route. Over … END_OF_DOCUMENT_TOKEN_TO_BE_REPLACED