A collection of our bestselling true crime books arranged specially for the Frankfurt Book Fair to include our Edgar and New York Times award-winning authors of many bestselling books that will fascinate, shock, and capture the attention of European readers fascinated with USA American true crime stories, which are at a peak of attention in channels such as Netflix and podcasts. If you really love true crime then you have to join our Facebook … END_OF_DOCUMENT_TOKEN_TO_BE_REPLACED 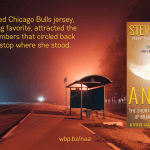 Official book trailer for No Angels: The Short Life and Brutal Death of Brandaline Rose Duvall by Steve Jackson, a New York Times Bestselling Author. Available in ebook and paperback: wbp.bz/naa A little before midnight on May 30, 1997, fourteen-year-old Brandy DuVall waited at a bus stop in the Denver area for a ride back to her grandparents' home after spending the evening at a friend’s home. She was wearing a bright-red Chicago Bulls … END_OF_DOCUMENT_TOKEN_TO_BE_REPLACED 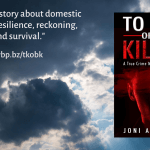 Official book trailer for the true crime book, To Kill or Be Killed by Joni Ankerson. Learn more and get your copy here: wbp.bz/tkobka Available in paperback and ebook. Obviously, I knew better than to take a life — but that was before. Before him. The day we met in October of 1997, I was working at the District Court in Traverse City, Michigan as a Deputy Clerk. It was like most other days with arraignments, sentencings, civil case … END_OF_DOCUMENT_TOKEN_TO_BE_REPLACED 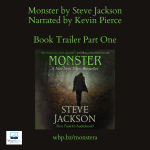 This New York Times Bestseller is now available in audiobook for the first time! On a snowy winter evening in 1982, twenty-one-year-old Mary Brown accepted a ride from a handsome stranger in the resort town of Breckenridge, Colorado. The trip ended with her brutally beaten and raped. Mary survived, but her predator’s violence had only just begun. After ten years in prison, Tom Luther was released a far more vicious criminal. Soon, from the … END_OF_DOCUMENT_TOKEN_TO_BE_REPLACED 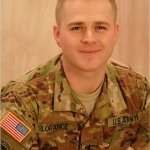 Before Travesty of Justice was originally released on March 31, 2019, the case of Lieutenant Clint Lorance had largely been lost in the national media. In the four-month period from December 2018 through April 2, 2019, fifteen national television reports featured so-called “war crimes” cases, calling for presidential action. All these stories focused on either Navy SEAL Chief Eddie Gallagher, or Army Major Matt Golsteyn, who were both in the … END_OF_DOCUMENT_TOKEN_TO_BE_REPLACED

In 2018, WildBlue Press released 29 new titles! Among those titles, twenty-one were under the true crime genre, four were thrillers, two mysteries, and one business book as well as one fantasy book. From winning awards to being featured on National Television, our authors have accomplished some phenomenal feats in 2018. International Best Selling author James Byron Huggins had high praise for BLUNT FORCE MAGIC by Lawrence Davis. Huggins … END_OF_DOCUMENT_TOKEN_TO_BE_REPLACED

Martin Herman has been writing timely articles and short stories since he was 11 years old and growing up in Brooklyn over 70 years ago.  His 6th grade teacher told him to create a new story each and every week for the rest of his life; the story could consist of just a few key words or be many pages long.  He missed a few weeks – but not many – and by 8th grade, he was selling short stories to magazines around the country. In 2015, several … END_OF_DOCUMENT_TOKEN_TO_BE_REPLACED

For investigators, the story is often the same: they know a murder took place, they may even know who did it. But without key evidence, pursuing a conviction is nearly impossible. That’s when they call NecroSearch International. In NO STONE UNTURNED by New York Times bestselling author Steve Jackson readers are taken on a fascinating, often-shocking journey into a realm of crime investigation of which few people are aware. Necrosearch’s most … END_OF_DOCUMENT_TOKEN_TO_BE_REPLACED

The White House is Fake It was the year 1956 with President Dwight Eisenhower signing the bill for the Federal-Aid Highway Act into law. It was also known as the National Interstate and Defense Highway Act. The law was executed on June 29, 1956 with an estimate of over 25 billion for the 41,000 miles of highway to be built. In 1957 Dwight Eisenhower modified the act to include a Presidential Protection Act. In 1992 Nelson Conrad discovered what … END_OF_DOCUMENT_TOKEN_TO_BE_REPLACED

A community began to question the laws and definitions regarding “bullying.” Should schoolyard bullies be held legally responsible for causing a suicide? Can a rough family history guarantee a tragedy? And just what is bullying, anyway? Perhaps Sherokee’s death was an accident … perhaps there was a sinister truth that has yet to be told. True crime author Judith A. Yates peels back the sensationalism and rumors, revealing the truth of what … END_OF_DOCUMENT_TOKEN_TO_BE_REPLACED

As the adopted son of two cult leaders, Benjamin Risha was raised to someday assume a place of leadership in the Tony and Susan Alamo Christian … END_OF_DOCUMENT_TOKEN_TO_BE_REPLACED

HE WAS THEIR DEADLIEST KILLER The late Roth Tiberius Cain, legendary CIA hit man, is gone, but not forgotten. A top-secret project code-named Genocide One has given him a chance to live again, and enough firepower to kill multitudes – and survive … END_OF_DOCUMENT_TOKEN_TO_BE_REPLACED

“Ferak chronicles the long and sordid history of the Manitowoc County Sheriff’s department and the reason Sweaty’s license was suspended. Framing Avery was just par for the course." -- Kathleen Zellner In 2016-17, while working for the USA TODAY … END_OF_DOCUMENT_TOKEN_TO_BE_REPLACED

In 1976, a serial rapist terrorized Sacramento County in California. The masked predator made his way into the homes of his unsuspecting victims, leaving a trail of devastation and destruction behind him. He moved on to other areas in Northern … END_OF_DOCUMENT_TOKEN_TO_BE_REPLACED

Joe Mac was a legendary homicide detective until his vision was lost in the line of duty and he was forced into retirement. Now he lives a life of darkness, his only friend being a huge Raven that Joe Mac names “Poe.” But when Joe Mac’s grandson … END_OF_DOCUMENT_TOKEN_TO_BE_REPLACED

A 2018 International Book Award Finalist!  “THE CRATE is an important and impressive piece of work. I’m glad it was written, and I’m glad I read it.” -- Lee Child, #1 New York Times bestselling author of the Jack Reacher Series After surviving the … END_OF_DOCUMENT_TOKEN_TO_BE_REPLACED

On a fall evening in Corvallis, Oregon in 1967, seventeen year old Dick Kitchel, a senior at the high school, disappeared after attending a party at the home of a couple in their twenties who often hosted gatherings and provided beer to a younger … END_OF_DOCUMENT_TOKEN_TO_BE_REPLACED

Before abuse hot lines and safe houses were widespread, June Briand shot four bullets into her husband’s head and was sentenced to fifteen years to life. This is the shocking true story of survival—and the intense bond June shared with her … END_OF_DOCUMENT_TOKEN_TO_BE_REPLACED

A 2018 International Book Award Finalist! If your big brother was killed by murderers who thoughtlessly tossed his remains, would you spend a fortune and 30 years to stalk those responsible and bring them to justice? Yeah, you might want to, … END_OF_DOCUMENT_TOKEN_TO_BE_REPLACED

A Killer Is Set Loose To Kill Again When The Prosecution Fails To Stop Him On a clear, brisk night in September of 2000, 33-year-old Della Brown was found sexually assaulted and beaten to death inside a filthy, abandoned shed in seedy part of … END_OF_DOCUMENT_TOKEN_TO_BE_REPLACED

The Captivating "True Story Of The World's Premier Forensic Investigators" at NecroSearch International Updated and Revised! Now Available for the First Time As Kindle eBook, Audible and iTunes Editions! "A fascinating journey into the trenches of … END_OF_DOCUMENT_TOKEN_TO_BE_REPLACED

What do Wyatt Earp, Belle Gunness, Big Foot the Renegade, Billy the Kid, and Dr. H.H. Holmes, and The Black Hand have in common? They were all subjects of true crime newspaper reporting in the 1800s, and now these stories and that of many others … END_OF_DOCUMENT_TOKEN_TO_BE_REPLACED

Will A Serial Killer Soon Walk The Streets Again? Don Miller was quiet and reserved.  As a former youth pastor, he seemed a devout Christian.  No one would have ever suspected that the recent graduate of the Michigan State University … END_OF_DOCUMENT_TOKEN_TO_BE_REPLACED

The public knows him as the character Tony Darvo in the movie Midnight Run, but Richie Salerno was born into the world of the Brooklyn Mafia during the heyday of the New York mob and for a time it looked like he'd get caught up in a life of … END_OF_DOCUMENT_TOKEN_TO_BE_REPLACED

Frank Cullotta was best known for his exploits as an associate of the Chicago Outfit and his role as Tony Spilotro’s enforcer and street lieutenant in Las Vegas. However, he had another interest besides crime. He loved to cook. In this book, he … END_OF_DOCUMENT_TOKEN_TO_BE_REPLACED

As the adopted son of two cult leaders, Benjamin Risha was raised to someday assume a place of leadership in the Tony and Susan Alamo Christian Foundation with the Bible, and his parents’ interpretation of it, as his guide. He believed the prophecies … END_OF_DOCUMENT_TOKEN_TO_BE_REPLACED