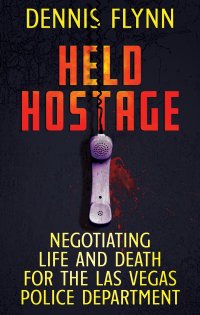 The topic of hostage/crisis negotiations has always been intriguing to me. As a young police officer, I was involved in several “stand-offs” (which is the media’s terminology for police usually dealing with a barricaded or suicidal individual). We would do our best to resolve the situation but the person we dealt with held the cards. They were the ones inside the house/business/car refusing to come out and we knew if we used force to get them out, someone would get hurt. We were forced to call out hostage/crisis negotiators who asked us about what occurred, what we did, and what we learned, then they would disappear as a group and find some quiet area to talk to the person. Of course, as this was happening, a SWAT team would have the person surrounded.

On some of these events, I would sometimes see SWAT have to go in and get the defiant suspect. But on the majority of the incidents, I witnessed the suspect simply walk out from where they had been holed up in and surrender peacefully. What was it that these negotiators were saying to get a person who refused our requests exit to later agree after speaking to the trained negotiator? I learned I was not the only one who wondered this. Because the negotiators work together as a small group, often isolated from other officers at the scene, the other officers, and even the public alike, were curious how the negotiators were able to orchestrate a peaceful surrender.

After becoming a negotiator and having an opportunity to respond to many of these events, I was given the ‘tricks of the trade’ the negotiation team used. I was shown the ‘secret handshake’ so I could join their ranks and have the opportunity to share in the ‘magic’ they used. 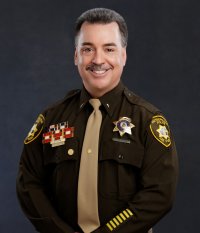 Most people, including myself, thought that to become a good negotiator required being a smooth talker. You know, that guy who could sell ketchup popsicles to a woman wearing white gloves? To be effective requires almost the exact opposite; being a good listener. It also requires dropping the ‘cop attitude’ of taking control and barking orders. In addition to being a good listener, a negotiator must be empathetic and be willing to allow the person in crisis an opportunity to vent. Someone or something has caused the person in crisis’ world to be turned upside down. Their normal coping mechanisms have failed. By allowing them to vent, truly listening to their problems and gently helping them find reasonable solutions, allows most of these critical incidents to be resolved peacefully.

The details in this book are all true. All of these incidents have an element of what went wrong or how things could have been improved. I think it’s easy to talk about an event where everything went right. But the events where mistakes were made, some of them with catastrophic consequences, are ones we have the opportunity to learn the most from.

This book is more than just a series of critical incidents and how they were resolved. It contains stories of real incidents which happened to real people. Several of the people depicted were in crisis and are no different than you or I. They were just the victim of a bad situation or series of events and their normal coping mechanisms simply shut down. Their lives spun out of control. Others depicted in the book were criminals, behaving in manners which were bound to have negative consequences. Regardless of their circumstances, in each of these events, negotiators were summoned to help find a peaceful resolution.

I would like to say we, as negotiators, were successful in every event outlined in this book. Unfortunately, that is not the case. But each case will give a glimpse of what went on behind the scenes during these life-threatening events; what even the patrol officers assigned to the incidents never had a chance to see.

Hopefully you will see for yourselves why I believe that those who choose to work as a crisis negotiator, who go out at a moment’s notice to help a total stranger, are people who demonstrate one of the core reasons for becoming a police officer – to help our fellow man, especially in their time of greatest need.

Soon To Be A Documentary Series! My name is Suzanne Buchanan. There is an active arrest warrant for me in Thailand for articles I published on "The Backpacker Murders" as the former owner and editor of the Samui Times. I am a British citizen and had … END_OF_DOCUMENT_TOKEN_TO_BE_REPLACED

Coming January 29th to REELZChannel™! The DEADLY ASSOCIATES documentary! Step into Chicago during the 1960s and ‘70s, where mobsters influence everyone from strip-club owners to Teamsters, aldermen, judges, and local police. It is a world where … END_OF_DOCUMENT_TOKEN_TO_BE_REPLACED

"Lizzette Martinez’s story embodies the fire energy that gives light and life to survivors all around her! Survivors need to see strength and perseverance despite opposition, and Lizzette models just that." - Melissa Schuman, actress and singer In … END_OF_DOCUMENT_TOKEN_TO_BE_REPLACED

Step inside the death chamber and behind the walls of Ohio’s death row. Bill Kimberlin, Psy.D, invites the reader on an extensive and unbiased journey inside Ohio’s death row in WATCH ME DIE: Last Words From Death Row. You will see how these … END_OF_DOCUMENT_TOKEN_TO_BE_REPLACED

"The wheels of justice turn slowly, but grind exceedingly fine." Renee Fehr knew that Gregory Houser killed her sister Sheryl. There was not a single doubt in her mind. Yet for 27 years Houser walked free. But Renee wouldn’t rest … END_OF_DOCUMENT_TOKEN_TO_BE_REPLACED

On the early morning of March 6, 1993, an intense fire broke out in a tiny nursery. Sixteen minutes later, firefighters had extinguished the blaze, only to reveal a room burned so severely, everything was virtually unrecognizable. Then, they were … END_OF_DOCUMENT_TOKEN_TO_BE_REPLACED

During the early morning hours of July 17, 1983, fatigue became a factor for the young couple from central Illinois who spent their day under the hot sun at Marriott’s Great America amusement park north of Chicago. On their drive home, the tired … END_OF_DOCUMENT_TOKEN_TO_BE_REPLACED

From the author of FIRST DEGREE RAGE: The True Story of ‘The Assassin,’ An Obsession, and Murder comes the ongoing and chilling true crime saga of L. C. Underwood, the obsessively jealous police officer from North Carolina. Underwood … END_OF_DOCUMENT_TOKEN_TO_BE_REPLACED

In the late hours of July 22, 1991, Detective Patrick "Pat" Kennedy of the Milwaukee Police Department was asked to respond to a possible homicide. Little did he know that he would soon be delving into the dark mind of one of America's most notorious … END_OF_DOCUMENT_TOKEN_TO_BE_REPLACED

Some Cases You Solve. Some Cases You Survive. Naval Criminal Investigative Service Special Agent, Tyrone Benhoff is in purgatory. That’s what agents call it when they find themselves on the wrong side of command and are transferred to a place … END_OF_DOCUMENT_TOKEN_TO_BE_REPLACED

New from award-winning author Terry Persun! After the murder of his wife and unborn child, the only time freelance tech investigator Ten feels alive is when he cuts himself. For the last few years, he has taken freelance investigative jobs. Some of … END_OF_DOCUMENT_TOKEN_TO_BE_REPLACED

Coming January 29th to REELZChannel™! The DEADLY ASSOCIATES documentary! Step into Chicago during the 1960s and ‘70s, where mobsters influence everyone from strip-club owners to Teamsters, aldermen, judges, and local police. It is a world where … END_OF_DOCUMENT_TOKEN_TO_BE_REPLACED

"Lizzette Martinez’s story embodies the fire energy that gives light and life to survivors all around her! Survivors need to see strength and perseverance despite opposition, and Lizzette models just that." - Melissa Schuman, actress and singer In … END_OF_DOCUMENT_TOKEN_TO_BE_REPLACED

Soon To Be A Documentary Series! My name is Suzanne Buchanan. There is an active arrest warrant for me in Thailand for articles I published on "The Backpacker Murders" as the former owner and editor of the Samui Times. I am a British citizen and had … END_OF_DOCUMENT_TOKEN_TO_BE_REPLACED

In this true crime-flavored novel, Detective William Boyett is called out on Mardi Gras evening in Mobile, Alabama to investigate the discovery of a young woman’s body wrapped in a carpet in a vacant lot a few blocks from the parade route. Over … END_OF_DOCUMENT_TOKEN_TO_BE_REPLACED