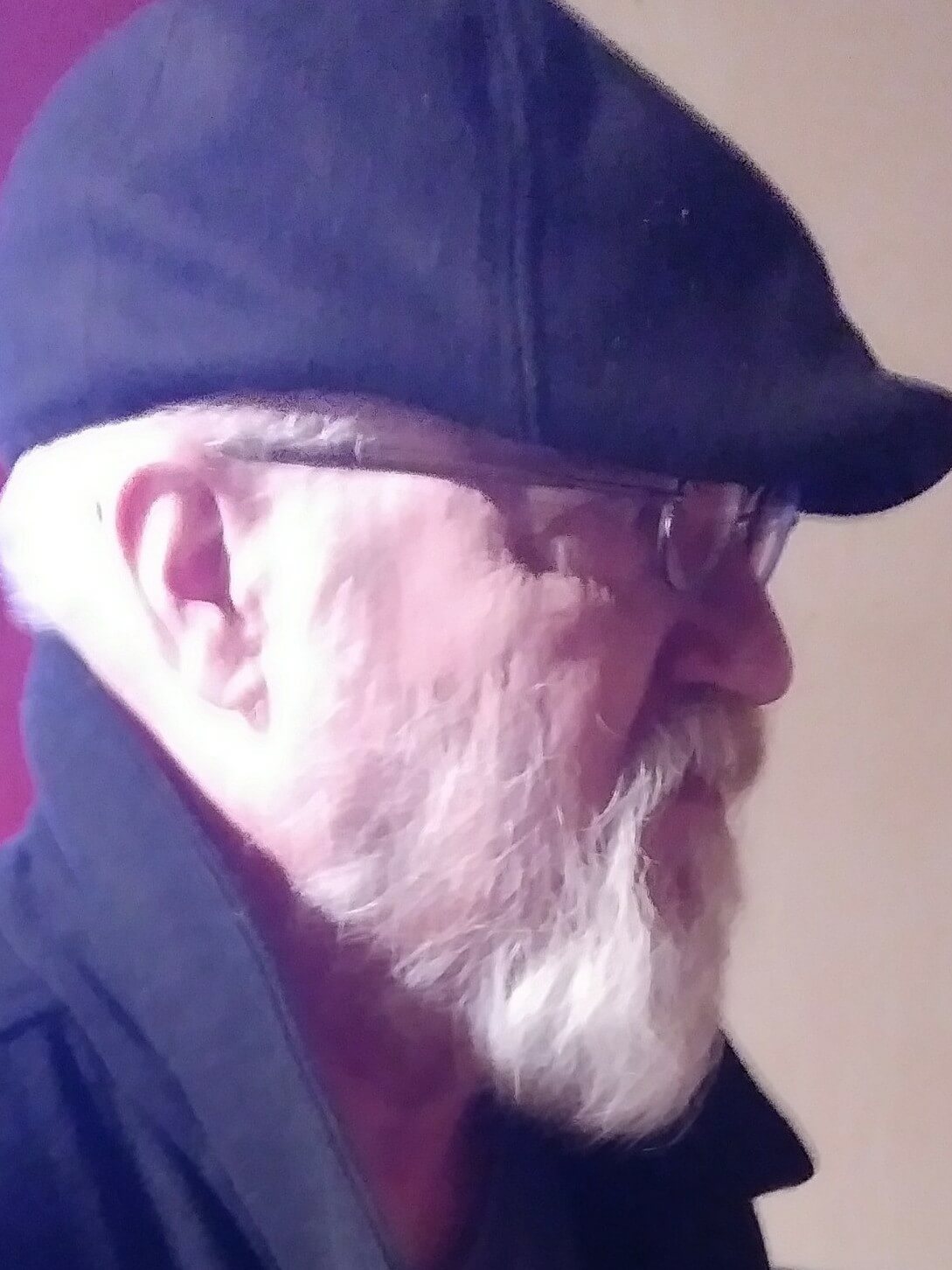 A veteran novelist and best-selling author, James Byron Huggins’ life story reads more like fiction than fact. His career as a writer began normally enough. He received a bachelor’s degree in journalism and English Literature from Troy State University and then worked as a reporter for the Hartselle Enquirer in Hartselle, Alabama. Huggins won numerous awards for writing and photography before leaving journalism in 1985.

With a desire to help persecuted people in Eastern Europe, Huggins moved to Fort Worth, Texas, to work in conjunction with organizations working in war-torn regions of the world. Huggins helped set up a system used to smuggle information and materials in and out of the Iron Curtain in 1987. Working primarily from the United States, he felt he needed to leave North America and lend more hands-on service, particularly in Romania. As a jack of all trades, Huggins photographed a secret police installation researching the illegal arrests and murders of religious dissidents and continued to orchestrate the smuggling routes used to provide badly needed assistance to the underground. Huggins even found the means of creating and putting into action a code that would allow freer communications between Romanian Christians working for their survival in the West. Needless to say, his life held few creature comforts during this long period. Hunted and often unable to use formal establishments like hotels or hostels, he was sometimes forced to hide in the forests or in protected basements for days at a time. 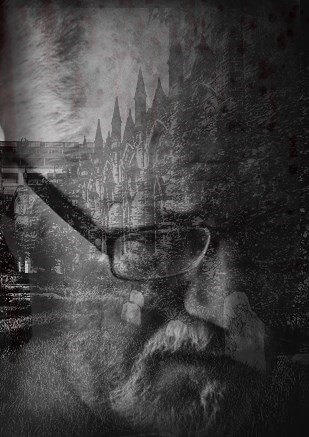 After his time in Romania, Huggins returned to the United States and took up journalism once more. He again worked for a small newspaper and won several awards for writing and editing. Later he became a police officer for the Huntsville Police Department in Huntsville, Alabama. Promoted to Field Training Officer and after distinguished service with the department, he published his first novel, A Wolf Story, to international acclaim. His subsequent novels included The Reckoning, Cain, and Hunter, which were also met with praise and made numerous national bestseller lists. The theatrical rights for Cain and Hunter were subsequently optioned for over one million dollars apiece by Universal and Paramount studios respectively.

Huggins is currently working on his tenth novel and lives in North Carolina.

THE RECKONING by James Byron Huggins

Some Cases You Solve. Some Cases You Survive. Naval Criminal Investigative Service Special Agent, Tyrone Benhoff is in purgatory. That’s what agents call it when they find themselves on the wrong side of command and are transferred to a place … END_OF_DOCUMENT_TOKEN_TO_BE_REPLACED

TRIBULATIONS is the anticipated and exciting sequel to HAPPENSTANCE, the SciFi/TechnoThriller novel that introduced Blake Thompson to the world. September 11, 2029. It’s been almost a year since Blake Thompson discovered an alien ship near … END_OF_DOCUMENT_TOKEN_TO_BE_REPLACED

"O'Callaghan is back with a vengeance ..." -- Gregg Olsen, #1 New York Times bestselling author Is there a sociopathic killer on the loose and murdering prostitutes in New York City?  NYPD’s top cop, Homicide Commander Lieutenant John … END_OF_DOCUMENT_TOKEN_TO_BE_REPLACED

Tourism in New York City is under siege.  Visitors to the Big Apple have become targets of vengeful twins hell bent on exacting punishment on total strangers to right the hellacious wrongs perpetrated against them in a hellhole they called … END_OF_DOCUMENT_TOKEN_TO_BE_REPLACED

A sociopathic killer is using the internet to lure seemingly random women to their gruesome deaths in New York City.  During his heinous murderous spree this madman is extracting the bones of his victims.  His sheer brutality has the … END_OF_DOCUMENT_TOKEN_TO_BE_REPLACED

In an experiment to discover what secrets are hidden within the infinite vastness of the galaxy, scientists create a machine so powerful that it rips a hole through space and time. But instead of revealing the dark world of their own universe the … END_OF_DOCUMENT_TOKEN_TO_BE_REPLACED

What would a mad mullah actually do with a weapon of mass destruction? Simple. He would use it.   Derek Martell is in a dead end career, manning a fuel point in Eastern Iraq. It’s a far fall from a life of fortune and glory, but he’s … END_OF_DOCUMENT_TOKEN_TO_BE_REPLACED

In the backcountry of Idaho, a tribe of men are hunting and killing with a dream of returning the world to an earlier time. A time when courage and prowess in the field determined a man’s worth. A time when the strong took what they wanted, and … END_OF_DOCUMENT_TOKEN_TO_BE_REPLACED

Some Cases You Solve. Some Cases You Survive. Naval Criminal Investigative Service Special Agent, Tyrone Benhoff is in purgatory. That’s what agents call it when they find themselves on the wrong side of command and are transferred to a place … END_OF_DOCUMENT_TOKEN_TO_BE_REPLACED

New from award-winning author Terry Persun! After the murder of his wife and unborn child, the only time freelance tech investigator Ten feels alive is when he cuts himself. For the last few years, he has taken freelance investigative jobs. Some of … END_OF_DOCUMENT_TOKEN_TO_BE_REPLACED

Coming January 29th to REELZChannel™! The DEADLY ASSOCIATES documentary! Step into Chicago during the 1960s and ‘70s, where mobsters influence everyone from strip-club owners to Teamsters, aldermen, judges, and local police. It is a world where … END_OF_DOCUMENT_TOKEN_TO_BE_REPLACED

"Lizzette Martinez’s story embodies the fire energy that gives light and life to survivors all around her! Survivors need to see strength and perseverance despite opposition, and Lizzette models just that." - Melissa Schuman, actress and singer In … END_OF_DOCUMENT_TOKEN_TO_BE_REPLACED

Soon To Be A Documentary Series! My name is Suzanne Buchanan. There is an active arrest warrant for me in Thailand for articles I published on "The Backpacker Murders" as the former owner and editor of the Samui Times. I am a British citizen and had … END_OF_DOCUMENT_TOKEN_TO_BE_REPLACED

In this true crime-flavored novel, Detective William Boyett is called out on Mardi Gras evening in Mobile, Alabama to investigate the discovery of a young woman’s body wrapped in a carpet in a vacant lot a few blocks from the parade route. Over … END_OF_DOCUMENT_TOKEN_TO_BE_REPLACED