It was a simple plan: Help a couple killers break out of prison, persuade them to kill your husband, then run off to Vermont and live happily ever after. Maybe a cottage by the sea. Just you and two fugitive psychopaths.

In New York today, prison worker Joyce Mitchell stands accused of helping two convicted murderers—Richard Matt, 48, and 35-year-old David Sweat—escape. And authorities now say the 51-year-old woman had sex with both men before they escaped from the Clinton Correctional Facility in Dannemora on June 6. They remain at large, and Mitchell is facing several charges.

As weird as it all sounds, this isn’t anything new nor unusual. It’s illegal in all states, but every year hundreds of consensual sexual relationships are documented between inmates and prison staffers (and those are just the ones we know about). More than half of those proven acts of sexual misconduct behind bars are committed by female prison workers, according to the Bureau of Justice Statistics.

As a talk radio host asked me just yesterday: What the hell? 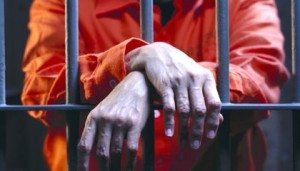 Last week, I spent two days interviewing a triple killer in prison. It was fascinating to watch the interaction and relationships between the inmate, guards, and staffers. It’s a delicate little dance they do, not really as coarse and brutal as Hollywood makes it seem. It’s necessary to the daily functioning of a prison.

But there are flawed souls on both sides of this dance, and it’s delicate enough that it doesn’t take more than a subtle, unseen nudge to throw it out of whack.

What draws some women to prison inmates? What thrills “serial-killer groupies”? Is prison really a good place to look for love?

Others are drawn to inmates, first, by moral activism. Maybe they are against the death penalty or want to save a soul for Jesus Christ. But when they reach out to a prison pen-pal, they are often easy prey for superficially charming manipulators for whom almost every interpersonal act is designed to get whatever they want (money, dirty pictures, etc.)

Some of these women fear a cheating spouse who’ll run off with a perkier, younger girlfriend. Some want a boyfriend who can literally devote most hours of every day to her. And because physical relationships are hard behind bars, the intensity of fantasy and emotion can make it all seem like a 35-to-life honeymoon. In short, being in prison can be the best quality in some men.

Are these women intolerably lonely? Are they ugly? Under-educated? Are they disappointed in “outside” love? Are they slightly insane? Maybe all … and maybe none. There is no “profile” for a woman who falls in love with an inmate (even when she should know better). Some are beautiful, educated, and already in “normal” relationships. And they are almost always being played by the inmate for something that looks nothing like love.

Maybe they have a strong capacity for denial, and maybe they are moths drawn to a flame. But they are certainly not easily lumped in one holding cell. It isn’t a perfect love—not even close—but it’s a fact of life.

Ron Franscell is the author of THE DARKEST NIGHT, a true crime bestseller. His classic thrillers THE DEADLINE and THE OBITUARY were recently published by WildBlue Press.

A sunset cruise through a place where ordinary inhumanities are entertainment... Los Angeles is where America’s dreams and nightmares got all tangled up. In this otherworldly place of seemingly everlasting life, death could have an otherworldly … END_OF_DOCUMENT_TOKEN_TO_BE_REPLACED

"The ultimate guilty pleasure book!" - San Antonio Express News The line between history and mythology is razor thin—and the American Southwest often erases the line altogether. We might never disentangle crime-fact from fiction, but this book will … END_OF_DOCUMENT_TOKEN_TO_BE_REPLACED

The Adventures of Newspaperman Jefferson Morgan Continue With Another Scintillating Mystery Set In Wyoming When a world-renowned forensic anthropologist journeys to Winchester, Wyoming, to examine the long-dead remains of a woman who claimed to … END_OF_DOCUMENT_TOKEN_TO_BE_REPLACED

A dying convict's last request thrusts small-town newspaperman Jefferson Morgan into a deadly maelstrom as he explores a fifty-year-old case of child murder -- a wound his town still isn't ready to scrape open. Under the heaviest deadline of his … END_OF_DOCUMENT_TOKEN_TO_BE_REPLACED

Due to Sullivan’s extensive writing about Ted Bundy (which has produced six books), he’s become a sort of magnet over the years, drawing out many people who were part of the Bundy story, but have otherwise kept a low profile over the decades; and … END_OF_DOCUMENT_TOKEN_TO_BE_REPLACED

Volume One The Early Years In 1944 Brooklyn, newborn Michael J. Hardy is rejected by his mother so she can run with gangster Bugsy Siegel, Hardy’s godfather. Shirley Rook rose to the top of the criminal ranks. As the Queen of New York City … END_OF_DOCUMENT_TOKEN_TO_BE_REPLACED

This is the true story of Carmine Imbriale – a gambler, a brawler, a bandit, a bookie, an enforcer. For two decades, Imbriale was a street-level operative in one of the most violent crews in the Colombo Family, and he endeared himself to some of the … END_OF_DOCUMENT_TOKEN_TO_BE_REPLACED

Ten must track down and stop rogue scientists behind the development of criminal technology in THE HUMANZEEE EXPERIMENTS, the next installment of The 'Ten' Mystery Series! The International Security for Technological Innovations, a federal … END_OF_DOCUMENT_TOKEN_TO_BE_REPLACED

A 1986 family tragedy propels this gripping true crime debut as a mother searches for answers in the shocking murder of her husband—and conviction of her son. For years, Cherie struggles to overcome the consuming grief she suffers from the loss of … END_OF_DOCUMENT_TOKEN_TO_BE_REPLACED

It was a dreary winter afternoon in Ayer, Massachusetts, a quintessential New England town, the type which is romanticized in Robert Frost's poems. But on January 30, 1979, a woman’s scream was heard piercing the northeast tempest wind. In an … END_OF_DOCUMENT_TOKEN_TO_BE_REPLACED