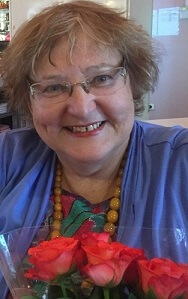 Margarita Nelipa is of Russian heritage and is the daughter of war refugees who arrived in Australia in 1948. A former medical scientist with a post-graduate qualification in Legal Studies, she turned her interests to fulltime research and writing about medical, legal and historical issues related to the last decades of the Russian Imperial era. Fluent in the Russian language, Margarita has written three books and ten articles for periodicals that included Royal Russia, Sovereign and Eurohistory. She co-maintains several web pages that include Faces of Russia: Past and Present, Tsarskoe Selo and Pavlovsk: Past and Present, Alexander Pushkin: Life and Literature as well managing pages related to her earlier books Alexander III: His Life and Reign and Killing Rasputin: The Murder That Ended The Russian Empire. Margarita is a member of the Board of the American based S.E.A.R.C.H. Foundation (whose President and Founder assisted in finding the remains of the Imperial Family in Ekaterinburg and is now searching for the remains of Grand Duke Mikhail Alexandrovich in Perm). She lives in Canberra, Australia with her husband and two dogs, Misha and Sasha.

It's always a good day for free audiobooks! That's right! Free audiobooks! Just a gift from us to you, our readers.   Browse by genre and select the cover to get more information and your free copy! Non-Fiction True Crime Business … END_OF_DOCUMENT_TOKEN_TO_BE_REPLACED

We know how hard 2020 has been. To help you end the year on a better note, we wanted to give you the gift of free audiobooks! Hence, the Holiday 2020 Audiobook Giveaway! You're probably thinking of gifts for others right now, like we always do during … END_OF_DOCUMENT_TOKEN_TO_BE_REPLACED

At last a book about the so-called “Mad Monk” of Imperial Russia that lays to rest the myths and reveals the truth about one of the most controversial characters in human history while exploring the impact his murder had on a dynasty, a people, and a … END_OF_DOCUMENT_TOKEN_TO_BE_REPLACED 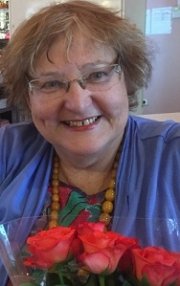 Margarita Nelipa is of Russian heritage and is the daughter of war refugees who arrived in Australia in 1948. A former medical scientist with a post-graduate qualification in Legal Studies, she turned her interests to fulltime research and writing … END_OF_DOCUMENT_TOKEN_TO_BE_REPLACED

After a beaten Japan surrendered to the United States and its World War II allies in 1945, a little-known peninsula, home to 30 million Korean people, was dangling leaderless from the Asian continent into the Yellow Sea. Treated as an afterthought in … END_OF_DOCUMENT_TOKEN_TO_BE_REPLACED

"Dodge takes us behind the headlines and introduces real people and their very real struggles yearning to breathe free. Page-turning, proactive and highly recommended"--Craig McGuire, author of BROOKLYN'S MOST WANTED The United States has a long … END_OF_DOCUMENT_TOKEN_TO_BE_REPLACED

Saving Sandoval is the true account of the defense of U.S. Army Specialist Jorge G. Sandoval, Jr. Sandoval, a 22-year old infantry paratrooper deployed to the forward operating base of Iskan during the enemy uprisings of 2007 in Iraq. Iskan was … END_OF_DOCUMENT_TOKEN_TO_BE_REPLACED

At last a book about the so-called “Mad Monk” of Imperial Russia that lays to rest the myths and reveals the truth about one of the most controversial characters in human history while exploring the impact his murder had on a dynasty, a people, and a … END_OF_DOCUMENT_TOKEN_TO_BE_REPLACED

Due to Sullivan’s extensive writing about Ted Bundy (which has produced six books), he’s become a sort of magnet over the years, drawing out many people who were part of the Bundy story, but have otherwise kept a low profile over the decades; and … END_OF_DOCUMENT_TOKEN_TO_BE_REPLACED

Volume One The Early Years In 1944 Brooklyn, newborn Michael J. Hardy is rejected by his mother so she can run with gangster Bugsy Siegel, Hardy’s godfather. Shirley Rook rose to the top of the criminal ranks. As the Queen of New York City … END_OF_DOCUMENT_TOKEN_TO_BE_REPLACED

This is the true story of Carmine Imbriale – a gambler, a brawler, a bandit, a bookie, an enforcer. For two decades, Imbriale was a street-level operative in one of the most violent crews in the Colombo Family, and he endeared himself to some of the … END_OF_DOCUMENT_TOKEN_TO_BE_REPLACED

Ten must track down and stop rogue scientists behind the development of criminal technology in THE HUMANZEEE EXPERIMENTS, the next installment of The 'Ten' Mystery Series! The International Security for Technological Innovations, a federal … END_OF_DOCUMENT_TOKEN_TO_BE_REPLACED

A 1986 family tragedy propels this gripping true crime debut as a mother searches for answers in the shocking murder of her husband—and conviction of her son. For years, Cherie struggles to overcome the consuming grief she suffers from the loss of … END_OF_DOCUMENT_TOKEN_TO_BE_REPLACED

It was a dreary winter afternoon in Ayer, Massachusetts, a quintessential New England town, the type which is romanticized in Robert Frost's poems. But on January 30, 1979, a woman’s scream was heard piercing the northeast tempest wind. In an … END_OF_DOCUMENT_TOKEN_TO_BE_REPLACED