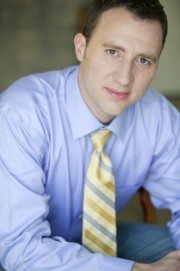 Monte Francis is a journalist and writer based in San Francisco, California. A native of Mentor, Ohio, he has received four Emmy Awards for his television news reports and several awards, including Reporter of the Year, from the Associated Press Television and Radio Association. He has covered several high-profile murder cases and his first book, By Their Father’s Hand: The True Story of the Wesson Family Massacre, was published by HarperCollins in 2007. 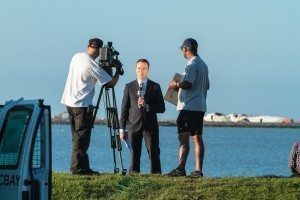 By Their Father’s Hand is a chilling true story of incest, abuse, madness, and murder, and one family’s terrible and ultimately fatal ordeal at the hands of a powerful, manipulative man—a cultist who envisioned vengeful gods and vampires, and totally controlled those closest to him before their world came to a brutal and bloody halt.

ICE and Bone will be available April 19. Pre-order yours now before the price goes up! 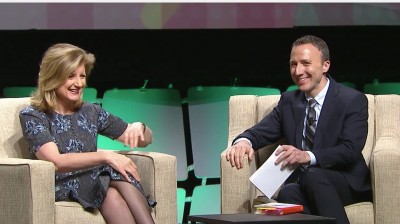 Monte interviewing Arianna Huffington, before a live audience in New Orleans in 2015. 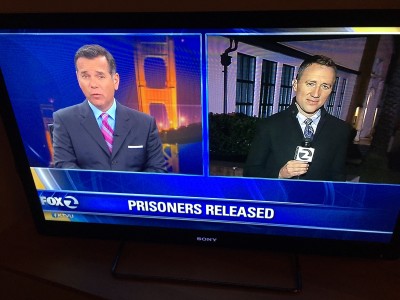 Monte currently works for KTVU, the Fox station in Oakland, California, where he reports on a wide variety of topics, from politics to crime. 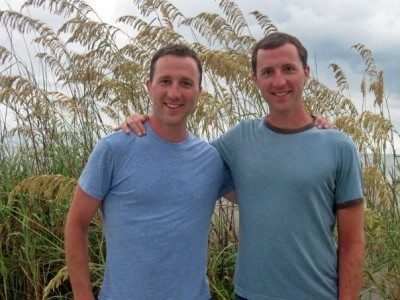 People are usually surprised to learn that Monte has an identical twin, Matthew, who is a Harvard-trained actor.

It's the holidays again! You're probably searching for and picking out the perfect present for everyone on your list. Consider this your reminder to treat yourself to something nice this holiday

Monte Francis's ICE AND BONE: Tracking an Alaskan Serial Killer was featured in a book review by the Anchorage Press, titled "In the Wake of A Killer." This review recaps and praises Monte's work on the killer that was set loose to kill again when … END_OF_DOCUMENT_TOKEN_TO_BE_REPLACED

Award-winning journalist Monte Francis will be on Darkness Radio on July 19th, at 8pm PST, to discuss his new true crime book, ICE AND BONE: Tracking an Alaskan Serial Killer. ICE AND BONE is the chilling true account of how a demented murderer … END_OF_DOCUMENT_TOKEN_TO_BE_REPLACED

Award-winning journalist Monte Francis was on Crime Beat Radio with host Ron Chepesiuk, on Thursday, July 14th, at 8pm ET. Monte discussed his new true crime book, ICE AND BONE: Tracking an Alaskan Serial Killer, which is the story of a killer that … END_OF_DOCUMENT_TOKEN_TO_BE_REPLACED

Monte Francis has recently had multiple media appearances to discuss his new true crime book, which was released by WildBlue Press on April 19th and has been receiving excellent reviews since. ICE AND BONE is the chilling true account of how a … END_OF_DOCUMENT_TOKEN_TO_BE_REPLACED

Some Cases You Solve. Some Cases You Survive. Naval Criminal Investigative Service Special Agent, Tyrone Benhoff is in purgatory. That’s what agents call it when they find themselves on the wrong side of command and are transferred to a place … END_OF_DOCUMENT_TOKEN_TO_BE_REPLACED

New from award-winning author Terry Persun! After the murder of his wife and unborn child, the only time freelance tech investigator Ten feels alive is when he cuts himself. For the last few years, he has taken freelance investigative jobs. Some of … END_OF_DOCUMENT_TOKEN_TO_BE_REPLACED

Coming January 29th to REELZChannel™! The DEADLY ASSOCIATES documentary! Step into Chicago during the 1960s and ‘70s, where mobsters influence everyone from strip-club owners to Teamsters, aldermen, judges, and local police. It is a world where … END_OF_DOCUMENT_TOKEN_TO_BE_REPLACED

"Lizzette Martinez’s story embodies the fire energy that gives light and life to survivors all around her! Survivors need to see strength and perseverance despite opposition, and Lizzette models just that." - Melissa Schuman, actress and singer In … END_OF_DOCUMENT_TOKEN_TO_BE_REPLACED

Soon To Be A Documentary Series! My name is Suzanne Buchanan. There is an active arrest warrant for me in Thailand for articles I published on "The Backpacker Murders" as the former owner and editor of the Samui Times. I am a British citizen … END_OF_DOCUMENT_TOKEN_TO_BE_REPLACED

In this true crime-flavored novel, Detective William Boyett is called out on Mardi Gras evening in Mobile, Alabama to investigate the discovery of a young woman’s body wrapped in a carpet in a vacant lot a few blocks from the parade route. Over … END_OF_DOCUMENT_TOKEN_TO_BE_REPLACED