Get ICE AND BONE
eBook 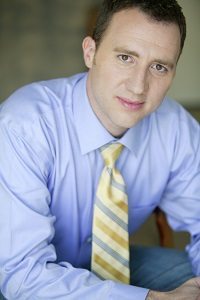 On a clear, brisk night in September of 2000, 33-year-old Della Brown was found sexually assaulted and beaten to death inside a filthy, abandoned shed in seedy part of Anchorage, Alaska. She was one of six women, mostly Native Alaskan, slain that year, stoking fears a serial killer was on the loose. A tanned and thuggish 20-year-old would eventually implicate himself in three of the women’s deaths and confess, in detail, to Della’s murder.

Yet, after a three-month trial, Joshua Wade would walk free. In 2007, when Wade kidnapped a well-loved nurse psychologist from her home and then executed her in the remote wilderness of Wasilla, two astute female detectives joined forces to finally bring him to justice. ICE AND BONE is the chilling true account of how a demented murderer initially evaded police and avoided conviction only to slip back into the shadows and kill again. Journalist and writer Monte Francis tells the harrowing story of what eventually led to Wade’s capture, and reveals why the true scope of his murderous rampage is only now, more than a decade later, coming into view. 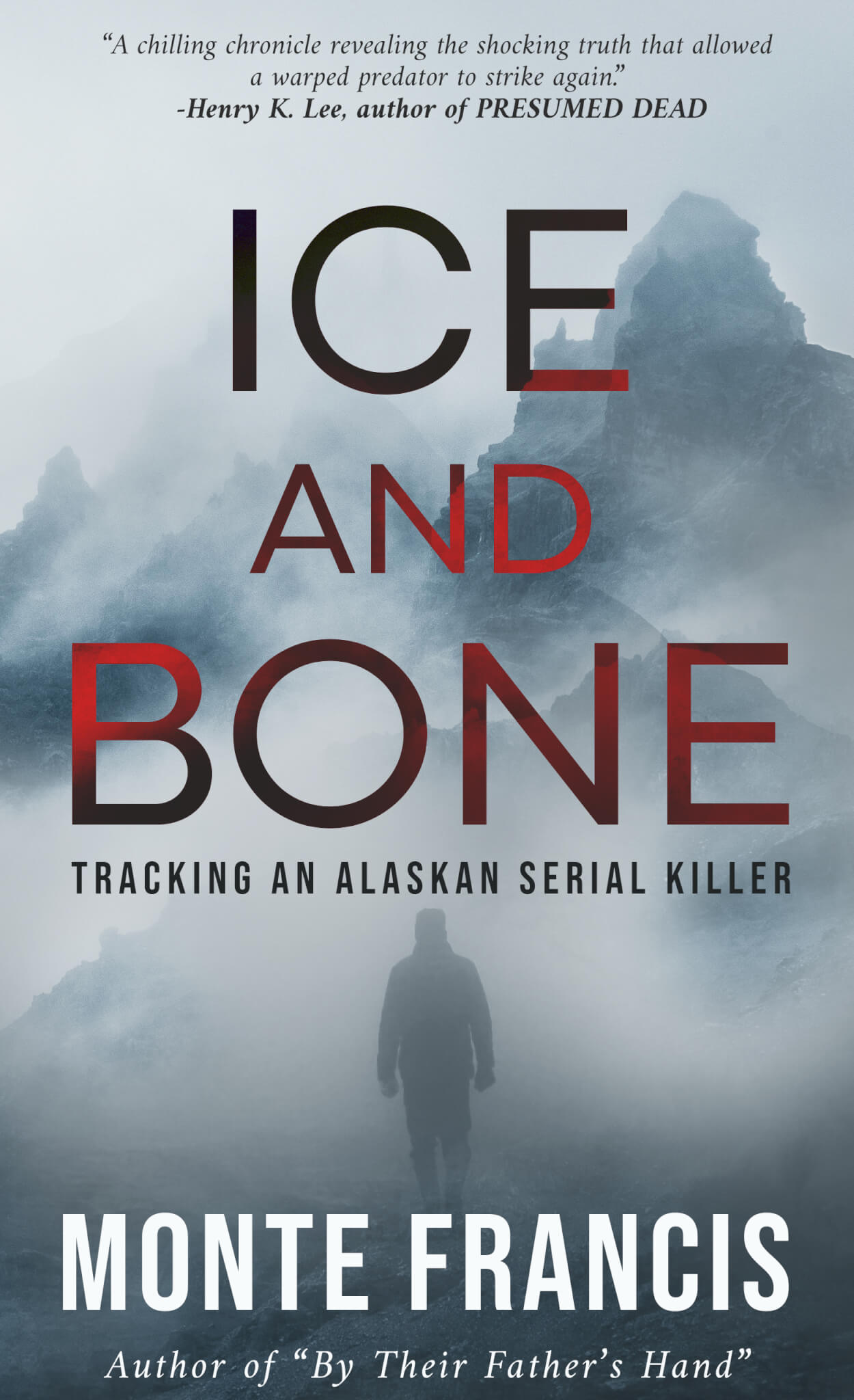 “A chilling chronicle of victims brutally murdered by a cold, merciless killer, against a backdrop equally as unforgiving – the Last Frontier. Through meticulous reporting, Francis uncovers the shocking truth about how the Alaskan justice system failed and allowed a warped predator to strike again.”—Henry K. Lee, author of Presumed Dead: A True-Life Murder Mystery

“It was the first time Detective Perrenoud and Agent Thoreson had come face-to-face with Wade, who was sitting behind a metal table, kicked back in his chair. They pulled up chairs to the table and sat down.

“And I’m Pam Perrenoud with APD.”

Wade didn’t acknowledge their presence. Although he hadn’t uttered a word, his body language conveyed a cocky attitude; he seemed to be saying, Do what you’ve got to do and just take me to jail. Agent Thoreson knew right away that sweet talking Wade wasn’t going to work.

“About what?” Wade finally asked, facing to one side. 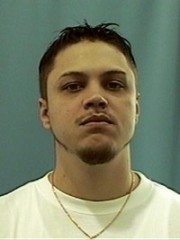 “About what you’ve been arrested for,” Thoreson responded.

“I have no idea what I’ve been arrested for, man,” Wade said.

“What the fuck is that?” Wade said.

“It just means that you used an ATM card of somebody that’s not yourself … and that person did not give you permission to do so,” Thoreson explained.

“You’re assuming that,” Wade quipped. As Wade spoke these words, Agent Thoreson had an idea. He thought, the only way to get something out of Wade, was to surprise him by saying something outlandish.

“No, we don’t assume. We do a little bit more than assume,” Agent Thoreson said. “We actually talked to Mindy, you know.”

“Hmmm? What did you just say?” Wade asked, sitting up.

“I said we talked to Mindy,” Agent Thoreson repeated.

A devious smirk came over Wade’s face. If there was any doubt before that moment that Wade had killed Mindy Schloss, for either Agent Thoreson or Detective Perrenoud, it evaporated with one facial expression. Detective Perrenoud could see in Wade’s eyes what he must have been thinking: You couldn’t have talked to her, because I killed her.

“Are you guys trying to play games with me, man?” Wade asked.

“Why would we be playing games?” Thoreson returned.

“Can I have a cigarette, please?” Wade said dismissively, sitting back in his chair.

“No, you can’t,” Thoreson replied.

The interview was over.”

–From Chapter 40 of Monte Francis’ ICE AND BONE

It's the holidays again! You're probably searching for and picking out the perfect present for everyone on your list. Consider this your reminder to treat yourself to something nice this holiday

Monte Francis's ICE AND BONE: Tracking an Alaskan Serial Killer was featured in a book review by the Anchorage Press, titled "In the Wake of A Killer." This review recaps and praises Monte's work on the killer that was set loose to kill again when … END_OF_DOCUMENT_TOKEN_TO_BE_REPLACED

Award-winning journalist Monte Francis will be on Darkness Radio on July 19th, at 8pm PST, to discuss his new true crime book, ICE AND BONE: Tracking an Alaskan Serial Killer. ICE AND BONE is the chilling true account of how a demented murderer … END_OF_DOCUMENT_TOKEN_TO_BE_REPLACED

Award-winning journalist Monte Francis was on Crime Beat Radio with host Ron Chepesiuk, on Thursday, July 14th, at 8pm ET. Monte discussed his new true crime book, ICE AND BONE: Tracking an Alaskan Serial Killer, which is the story of a killer that … END_OF_DOCUMENT_TOKEN_TO_BE_REPLACED

Monte Francis has recently had multiple media appearances to discuss his new true crime book, which was released by WildBlue Press on April 19th and has been receiving excellent reviews since. ICE AND BONE is the chilling true account of how a … END_OF_DOCUMENT_TOKEN_TO_BE_REPLACED

Some Cases You Solve. Some Cases You Survive. Naval Criminal Investigative Service Special Agent, Tyrone Benhoff is in purgatory. That’s what agents call it when they find themselves on the wrong side of command and are transferred to a place … END_OF_DOCUMENT_TOKEN_TO_BE_REPLACED

New from award-winning author Terry Persun! After the murder of his wife and unborn child, the only time freelance tech investigator Ten feels alive is when he cuts himself. For the last few years, he has taken freelance investigative jobs. Some of … END_OF_DOCUMENT_TOKEN_TO_BE_REPLACED

Coming January 29th to REELZChannel™! The DEADLY ASSOCIATES documentary! Step into Chicago during the 1960s and ‘70s, where mobsters influence everyone from strip-club owners to Teamsters, aldermen, judges, and local police. It is a world where … END_OF_DOCUMENT_TOKEN_TO_BE_REPLACED

"Lizzette Martinez’s story embodies the fire energy that gives light and life to survivors all around her! Survivors need to see strength and perseverance despite opposition, and Lizzette models just that." - Melissa Schuman, actress and singer In … END_OF_DOCUMENT_TOKEN_TO_BE_REPLACED

Soon To Be A Documentary Series! My name is Suzanne Buchanan. There is an active arrest warrant for me in Thailand for articles I published on "The Backpacker Murders" as the former owner and editor of the Samui Times. I am a British citizen and had … END_OF_DOCUMENT_TOKEN_TO_BE_REPLACED

In this true crime-flavored novel, Detective William Boyett is called out on Mardi Gras evening in Mobile, Alabama to investigate the discovery of a young woman’s body wrapped in a carpet in a vacant lot a few blocks from the parade route. Over … END_OF_DOCUMENT_TOKEN_TO_BE_REPLACED