The updated and revised eBook edition of NO STONE UNTURNED is available for pre-order and will be released April 28.

More than a dozen years have passed since my true crime book NO STONE UNTURNED was released in print. At the time, NecroSearch International, the inspirational and eclectic group of scientists and law enforcement investigators described in the book, were little known outside of the few agencies who had come into contact with them. As often as not most of these agencies had initially viewed NSI warily as a group of well-meaning volunteers, but not necessarily anyone who could help them find clandestine graves, recover remains, and assist them with solving homicides and missing persons cases.

However, that began to change when the successful resolution of a few exemplary cases put NSI on the map with law enforcement agencies throughout the United States and around the globe. Whether it was finding the remains of a murder victim thrown by her killer down a steep mountainside in Colorado, or buried beneath a concrete slab in Arizona, or placed in the trunk of a car and then submerged in the Missouri River, their reputation began to grow in law enforcement circles though the general public still knew little about them. After a brief history of forensic science, NO STONE UNTURNED covered the genesis and early days of NecroSearch International, as well as detailed the “true crime” stories behind their most dramatic cases up to 2001. 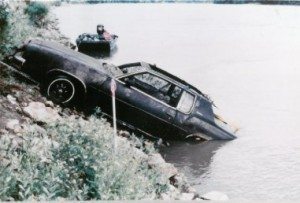 A lot has changed over the past dozen-plus years both in the publishing world, as well as with NecroSearch International. So I decided to publish an eBook and audio book version of NO STONE UNTURNED through WildBlue Press. While I was at it, I thought I’d update the stories by talking to the NSI members, as well as law enforcement, to write about what has come of the people and events described in the book (print fans can still find the book, but I don’t own the rights and so will not be updating that version).

In the meantime, NSI has grown–both in its membership and its reputation among law enforcement agencies to where they are regularly consulted, as well as brought in on cases, by a wide variety of investigators from the FBI to small town police departments. (NecroSearch only works at the request of law enforcement.) They also work closely with the National Center for Missing and Exploited Children, which helps fund NSI investigations for victims under the age of 18, and several NCMEC members also belong to NecroSearch. 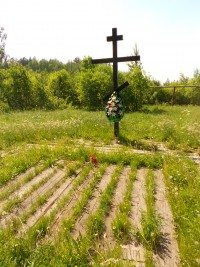 NecroSearch International, including author Steve Jackson, have even been involved in the search for members of the Russian royal family murdered in 1918.

It was a great honor for me when in November 2014 I was made an honorary member of the group, and even more so several weeks ago when the members voted to make me a full member. I hope to assist NSI with their media dealings, act as their historian (with a good start on that already), and explore an interest of my own that for want of a better term I call “forensic historian.”

I plan to write a second book on NecroSearch International that will describe the evolution of the group from the end of NO STONE UNTURNED to the present, as well as detail some of their incredible work and successes since the first book was published. The plan is to have that book ready to go by late 2015. So make sure you’re caught up on this amazing group of people by ordering your copy of NO STONE UNTURNED.

A little before midnight on May 30, 1997, fourteen-year-old Brandy DuVall waited at a bus stop in the Denver area for a ride back to her grandparents' home after spending the evening at a friend’s home. She was wearing a bright-red Chicago Bulls … END_OF_DOCUMENT_TOKEN_TO_BE_REPLACED

FOR THE FIRST TIME IN AUDIOBOOK FORMAT! On a snowy winter evening in 1982, twenty-one-year-old Mary Brown accepted a ride from a handsome stranger in the resort town of Breckenridge, Colorado. The trip ended with her brutally beaten and raped. … END_OF_DOCUMENT_TOKEN_TO_BE_REPLACED

The Night A Twisted Fantasy Became Demented Reality They thought about their evil fantasy for months. Then, wound up like clockwork toys ... they acted. In April 1997, pretty, 22-year-old Jacine Gielinski stopped her car at a red light in … END_OF_DOCUMENT_TOKEN_TO_BE_REPLACED

From Jackson's Classic True Crime Library ROUGH TRADE NOW AVAILABLE IN eBOOK, PRINT, AND AUDIO BOOK! Early one morning in May 1997, a young couple on their way to work in the mountains of Colorado spotted what looked like a man dragging a body up … END_OF_DOCUMENT_TOKEN_TO_BE_REPLACED

The body of Anita Andrews, the owner and bartender at Fagiani’s Cocktail Lounge in Napa, California was found in her bar ... ... raped, beaten, and stabbed to death in a bloody frenzy. She’d last been seen alive the night before talking to a … END_OF_DOCUMENT_TOKEN_TO_BE_REPLACED

The Captivating "True Story Of The World's Premier Forensic Investigators" at NecroSearch International Updated and Revised! Now Available for the First Time As Kindle eBook, Audible and iTunes Editions! A body stuffed in a car trunk swallowed by … END_OF_DOCUMENT_TOKEN_TO_BE_REPLACED

Due to Sullivan’s extensive writing about Ted Bundy (which has produced six books), he’s become a sort of magnet over the years, drawing out many people who were part of the Bundy story, but have otherwise kept a low profile over the decades; and … END_OF_DOCUMENT_TOKEN_TO_BE_REPLACED

Volume One The Early Years In 1944 Brooklyn, newborn Michael J. Hardy is rejected by his mother so she can run with gangster Bugsy Siegel, Hardy’s godfather. Shirley Rook rose to the top of the criminal ranks. As the Queen of New York City … END_OF_DOCUMENT_TOKEN_TO_BE_REPLACED

This is the true story of Carmine Imbriale – a gambler, a brawler, a bandit, a bookie, an enforcer. For two decades, Imbriale was a street-level operative in one of the most violent crews in the Colombo Family, and he endeared himself to some of the … END_OF_DOCUMENT_TOKEN_TO_BE_REPLACED

Ten must track down and stop rogue scientists behind the development of criminal technology in THE HUMANZEEE EXPERIMENTS, the next installment of The 'Ten' Mystery Series! The International Security for Technological Innovations, a federal … END_OF_DOCUMENT_TOKEN_TO_BE_REPLACED

A 1986 family tragedy propels this gripping true crime debut as a mother searches for answers in the shocking murder of her husband—and conviction of her son. For years, Cherie struggles to overcome the consuming grief she suffers from the loss of … END_OF_DOCUMENT_TOKEN_TO_BE_REPLACED

It was a dreary winter afternoon in Ayer, Massachusetts, a quintessential New England town, the type which is romanticized in Robert Frost's poems. But on January 30, 1979, a woman’s scream was heard piercing the northeast tempest wind. In an … END_OF_DOCUMENT_TOKEN_TO_BE_REPLACED