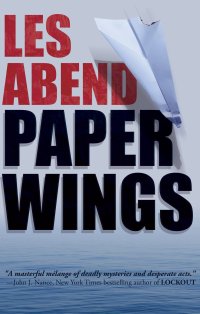 … the investigation leads to more than “just” murder. In fact, the evidence points to a connection of an in-flight emergency that resulted in passenger fatalities and forced a diversion of Patriot Airlines Flight 63 to Bermunda.

As the accidents investigation chairman of the pilots’ union, Captain Hart Lindy will find himself reluctantly drawn into the National Transportation Safety Board’s inquiry only to discover that someone is going to great lengths that include murder and kidnapping to prevent the facts from being exposed. But who? And why?

These are the questions Lindy will need to answer in order to get at the truth about what really happened to Flight 63. His task is complicated by his own personal demons, including the horrors of past airline crash investigations, as well as having to walk a diplomatic tightrope with an eccentric FBI special agent who is barely tolerating NTSB protocol, and an ambitious female NTSB investigator with eyes for Hart.

Written by a veteran airline pilot and aviation analyst, Paper Wings will keep you up in the air and on the edge of your seat in first class. You’ll want to keep your belts fastened while in flight! 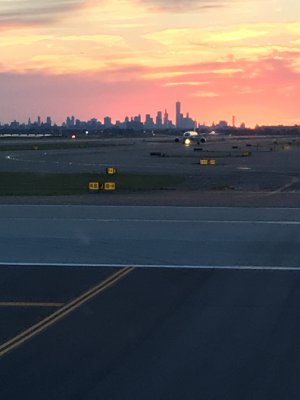 Rod glanced at the desk phone. The flashing green light and warbling tone indicated that the call was the office intercom. Rod picked up the handset and put it to his ear.

Calls from the crew schedule manager on duty usually concerned a pilot who had missed a trip, or had some issue that could potentially turn into a discipline problem, or…

Donna said, “No, it’s not good. That’s why they’re calling you. More shit has just hit the fan.”

“Great. Do I get paid extra for this?”

“Not as far as I know, but you do get Princess parking.”

Rod aimed a finger at Line 1. “I’ve got it, Donna.” He pressed the button.

“Rod Moretti. What can I do for you, crew schedule?”

“Captain Moretti, this is Misty Adams. I’m the M.O.D. We just got a call from a Robin Townsend. I believe that is First Officer Townsend’s wife. Apparently crew schedule was her only point of contact in an attempt to reach her husband. She didn’t know any other way. Considering the circumstances, I thought it best to call you.”

“Thanks, Ms. Adams. You did the right thing.”

“I’m sure she is. I’ll handle this. I’ll call First Officer Townsend in Bermuda right away.”

Misty Adams cleared her throat and said, “The emergency landing is not really the concern.”

“I’m getting this information second hand through the crew scheduler that got the original call…but it appears that the First Officer’s daughters were abducted this afternoon at their high school.”

“Yes, sir. I know. It gets worse. The security officer that escorted the two girls was shot and killed during the abduction.”

Rod listened to the M.O.D. as she conveyed the remainder of the story. Unbelievable! How was he going to break the news? It didn’t matter. He had to get the man home, NTSB investigation or not. He’d make the call to Bermuda, but…

Harty Lindy should be informed regarding the development with the copilot’s family. He didn’t like it much, but it was the right thing to do. Hart’s group would be better prepared to deal with this crisis. Plus, the pilot’s union would have more influence…at least for the moment. 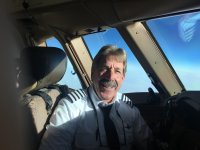 It wasn’t important now. His priority was to a pilot at his base that was about to enter crisis mode.

Les Abend offers his opinion and explanation of the United flight 328 incident on Saturday, February 20, 2021. Abend is a retired American Airlines pilot, writer for Flying Magazine, and CNN aviation analyst. He is also the author of PAPER WINGS, an … END_OF_DOCUMENT_TOKEN_TO_BE_REPLACED

It's always a good day for free audiobooks! That's right! Free audiobooks! Just a gift from us to you, our readers.   Browse by genre and select the cover to get more information and your free copy! Non-Fiction True Crime Business … END_OF_DOCUMENT_TOKEN_TO_BE_REPLACED

We know how hard 2020 has been. To help you end the year on a better note, we wanted to give you the gift of free audiobooks! Hence, the Holiday 2020 Audiobook Giveaway! You're probably thinking of gifts for others right now, like we always do during … END_OF_DOCUMENT_TOKEN_TO_BE_REPLACED

Even though Mom would like me to sing my own praises, it’s not my style. But I’m often asked about the opportunities I’ve been fortunate enough to be afforded. Here’s one of my scripted responses for “How did you get that gig?” Answer: “I am grateful … END_OF_DOCUMENT_TOKEN_TO_BE_REPLACED

The old adage of, “Write about what you know,” is certainly applicable to “Paper Wings.” But beyond the story itself, the adage is also applicable to the characters. As is true for most, life experience dictates our perception of people and their … END_OF_DOCUMENT_TOKEN_TO_BE_REPLACED

Due to Sullivan’s extensive writing about Ted Bundy (which has produced six books), he’s become a sort of magnet over the years, drawing out many people who were part of the Bundy story, but have otherwise kept a low profile over the decades; and … END_OF_DOCUMENT_TOKEN_TO_BE_REPLACED

Volume One The Early Years In 1944 Brooklyn, newborn Michael J. Hardy is rejected by his mother so she can run with gangster Bugsy Siegel, Hardy’s godfather. Shirley Rook rose to the top of the criminal ranks. As the Queen of New York City … END_OF_DOCUMENT_TOKEN_TO_BE_REPLACED

This is the true story of Carmine Imbriale – a gambler, a brawler, a bandit, a bookie, an enforcer. For two decades, Imbriale was a street-level operative in one of the most violent crews in the Colombo Family, and he endeared himself to some of the … END_OF_DOCUMENT_TOKEN_TO_BE_REPLACED

Ten must track down and stop rogue scientists behind the development of criminal technology in THE HUMANZEEE EXPERIMENTS, the next installment of The 'Ten' Mystery Series! The International Security for Technological Innovations, a federal … END_OF_DOCUMENT_TOKEN_TO_BE_REPLACED

It was a dreary winter afternoon in Ayer, Massachusetts, a quintessential New England town, the type which is romanticized in Robert Frost's poems. But on January 30, 1979, a woman’s scream was heard piercing the northeast tempest wind. In an … END_OF_DOCUMENT_TOKEN_TO_BE_REPLACED