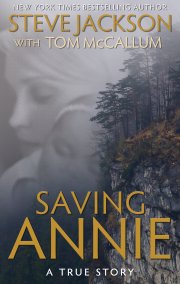 SAVING ANNIE by New York Times bestselling author Steve Jackson with Tom McCallum will be available in September. Pre-order now and save!

As with most true crime television documentaries, especially involving a case with as many moving pieces and storylines as are involved in my new book, SAVING ANNIE, the creators of “Fall of Innocence” made some mistakes, got some things wrong, and barely touched on many of the facts. Prior to airing, the producer acknowledged that even at an hour, the show could only reveal the proverbial tip of the iceberg.

Having said that they did a decent job, and certainly much better than a 48 Hours take that aired last year. In particular, the questioning of the accused in the case, Stephen 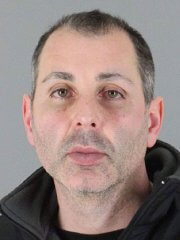 Nichols, revealed his character for all the world to see. Especially telling was when Ms. Salinas asked him why when he called 911 he seemed more concerned that he was cold than the fact his girlfriend, Rhonda Casto, had just fallen to her death from a cliff. In addition to calling the question “silly,” Nichols phlegmatically explained that because Rhonda was already dead, it was more important that he be helped.

In March 2009, pretty, vivacious Rhonda Casto plunged to her death from a 300-foot cliff in the Oregon woods. The only witness, Stephen Nichols, the father of her nine-month-old baby, Annie, told police investigators she slipped and fell. 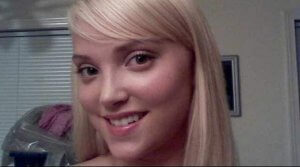 Yet, Nichols’ story didn’t mesh with the facts. And some of his other actions raised suspicions as well, including just days after her death trying to collect on a million-dollar life insurance policy he’d taken out on his unemployed, 23-year-old girlfriend. What had begun with a 911 call to report an accident, quickly turned into a homicide investigation.

However, due to lackluster police work, the case grew cold. Then in 2011, Dardie Robinson, a tenacious investigator with a Portland law firm began digging into the circumstances surrounding Rhonda’s death. The law firm represented Rhonda’s mother, who believed that Nichols, 34, had murdered her daughter. She wanted to prevent him from gaining custody of Annie and the life insurance money.

What Robinson discovered, including an attempt by Nichols to throw his first wife off a high-rise balcony in China, as well as sexual assault charges, convinced her that Rhonda’s death was no accident. So began her six-year battle to ‘save Annie’ from her own father and find justice for Rhonda.

In the meantime, a parallel investigation into the case by co-authors Steve Jackson, an award-winning journalist and New York Times bestselling author, and private investigator Tom McCallum, posed the same questions. What really happened to Rhonda Casto on that cold, rainy afternoon on the Eagle Creek trail? And what would become of her child?

SAVING ANNIE by Steve Jackson with Tom McCallum will be published in September 2018. Pre-Order Now And Save!

A little before midnight on May 30, 1997, fourteen-year-old Brandy DuVall waited at a bus stop in the Denver area for a ride back to her grandparents' home after spending the evening at a friend’s … END_OF_DOCUMENT_TOKEN_TO_BE_REPLACED

FOR THE FIRST TIME IN AUDIOBOOK FORMAT! On a snowy winter evening in 1982, twenty-one-year-old Mary Brown accepted a ride from a handsome stranger in the resort town of Breckenridge, Colorado. The … END_OF_DOCUMENT_TOKEN_TO_BE_REPLACED

The Night A Twisted Fantasy Became Demented Reality They thought about their evil fantasy for months. Then, wound up like clockwork toys ... they acted. In April 1997, pretty, 22-year-old … END_OF_DOCUMENT_TOKEN_TO_BE_REPLACED

From Jackson's Classic True Crime Library ROUGH TRADE NOW AVAILABLE IN eBOOK, PRINT, AND AUDIO BOOK! Early one morning in May 1997, a young couple on their way to work in the mountains of Colorado … END_OF_DOCUMENT_TOKEN_TO_BE_REPLACED

The body of Anita Andrews, the owner and bartender at Fagiani’s Cocktail Lounge in Napa, California was found in her bar ... ... raped, beaten, and stabbed to death in a bloody frenzy. She’d last … END_OF_DOCUMENT_TOKEN_TO_BE_REPLACED

It was a stimulating and inspirational day at our most recent salon in Cardiff-by- the-sea (or so I’m told). I was thrilled that a couple of repeat attendees said they got even more out … END_OF_DOCUMENT_TOKEN_TO_BE_REPLACED

Two Great True Crime Books For The Price Of One! Filling Out The Form Also Enters You To Win One Of Four Signed Print Copies Of SMOOTH … END_OF_DOCUMENT_TOKEN_TO_BE_REPLACED

Date: August 7, 2014 Garland police detective Gary Sweet discusses on Dallas WFAA television how he got involved in the case that was the basis for … END_OF_DOCUMENT_TOKEN_TO_BE_REPLACED

Due to Sullivan’s extensive writing about Ted Bundy (which has produced six books), he’s become a sort of magnet over the years, drawing out many people who were part of the Bundy story, but have otherwise kept a low profile over the decades; and … END_OF_DOCUMENT_TOKEN_TO_BE_REPLACED

Volume One The Early Years In 1944 Brooklyn, newborn Michael J. Hardy is rejected by his mother so she can run with gangster Bugsy Siegel, Hardy’s godfather. Shirley Rook rose to the top of the criminal ranks. As the Queen of New York City … END_OF_DOCUMENT_TOKEN_TO_BE_REPLACED

This is the true story of Carmine Imbriale – a gambler, a brawler, a bandit, a bookie, an enforcer. For two decades, Imbriale was a street-level operative in one of the most violent crews in the Colombo Family, and he endeared himself to some of the … END_OF_DOCUMENT_TOKEN_TO_BE_REPLACED

Ten must track down and stop rogue scientists behind the development of criminal technology in THE HUMANZEEE EXPERIMENTS, the next installment of The 'Ten' Mystery Series! The International Security for Technological Innovations, a federal … END_OF_DOCUMENT_TOKEN_TO_BE_REPLACED

It was a dreary winter afternoon in Ayer, Massachusetts, a quintessential New England town, the type which is romanticized in Robert Frost's poems. But on January 30, 1979, a woman’s scream was heard piercing the northeast tempest wind. In an … END_OF_DOCUMENT_TOKEN_TO_BE_REPLACED