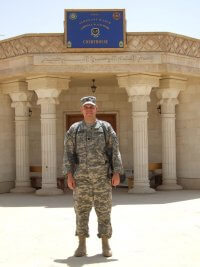 The role of a Judge Advocate, or JAG, is varied depending on the specific assignment. The initial criteria to be a Judge Advocate is to have gone to law school, be licensed to practice law in at least one State, and complete the required military training to be a military officer and military attorney. There are Judge Advocates serving in the military in nearly every type of position. There are prosecutors, defense attorneys, administrative law attorneys, human rights attorneys, professors and legal assistance attorney handling general criminal issues for servicemembers.

My experience started out as representing and advising servicemembers and their families in Legal Assistance. In that role, I prepared wills, basic trusts, powers of attorney, simple legal documents, and wrote letters on behalf of servicemembers attempting to resolve any personal legal issues. Thereafter, I was assigned as a Trial Counsel, or prosecutor, and represented the United States in the criminal investigation and prosecution of servicemembers. The Trial Counsel typically has two enlisted soldier–paralegals and is responsible for prosecuting cases at trial, overseeing criminal investigations, preparing letters of reprimand, and generally supervising the disposition of all misconduct. After serving as a Trial Counsel for over a year for the 108th Air Defense Artillery Brigade (Airborne), and jointly assigned to the U.S. Army Sergeants Major Academy (USASMA), I was transitioned from prosecuting soldiers to defending them and was offered the opportunity to deploy to a combat zone to defend soldiers. I was re-assigned to the command of the U.S. Army Trial Defense Service and deployed to Iraq. Once in Iraq I was immediately assigned as the lead defense counsel for Specialist Jorge G. Sandoval Jr.

Craig W. Drummond’s book, SAVING SANDOVAL, is now available! Order your copy today and find out more about the book here! You can contact Craig Drummond at his Las Vegas-based Drummond Law Firm.

It's always a good day for free audiobooks! That's right! Free audiobooks! Just a gift from us to you, our readers.   Browse by genre and select the cover to get more information and your free copy! Non-Fiction True Crime Business … END_OF_DOCUMENT_TOKEN_TO_BE_REPLACED

We know how hard 2020 has been. To help you end the year on a better note, we wanted to give you the gift of free audiobooks! Hence, the Holiday 2020 Audiobook Giveaway! You're probably thinking of gifts for others right now, like we always do during … END_OF_DOCUMENT_TOKEN_TO_BE_REPLACED

"Great book, unbelievable story. I spent 5 years in the Army and ROE and SOP's are drummed into everyone's head from the 1st day. It was upsetting to see what they put this kid (and his family and friends) through. Drummond deserves a handshake and a … END_OF_DOCUMENT_TOKEN_TO_BE_REPLACED

Saving Sandoval is the true account of the defense of U.S. Army Specialist Jorge G. Sandoval, Jr. Sandoval, a 22-year old infantry paratrooper deployed to the forward operating base of Iskan during the enemy uprisings of 2007 in Iraq. Iskan was … END_OF_DOCUMENT_TOKEN_TO_BE_REPLACED 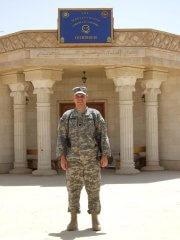 The role of a Judge Advocate, or JAG, is varied depending on the specific assignment. The initial criteria to be a Judge Advocate is to have gone to law school, be licensed to practice law in at least one State, and complete the required military … END_OF_DOCUMENT_TOKEN_TO_BE_REPLACED

After a beaten Japan surrendered to the United States and its World War II allies in 1945, a little-known peninsula, home to 30 million Korean people, was dangling leaderless from the Asian continent into the Yellow Sea. Treated as an afterthought in … END_OF_DOCUMENT_TOKEN_TO_BE_REPLACED

"Dodge takes us behind the headlines and introduces real people and their very real struggles yearning to breathe free. Page-turning, proactive and highly recommended"--Craig McGuire, author of BROOKLYN'S MOST WANTED The United States has a long … END_OF_DOCUMENT_TOKEN_TO_BE_REPLACED

Saving Sandoval is the true account of the defense of U.S. Army Specialist Jorge G. Sandoval, Jr. Sandoval, a 22-year old infantry paratrooper deployed to the forward operating base of Iskan during the enemy uprisings of 2007 in Iraq. Iskan was … END_OF_DOCUMENT_TOKEN_TO_BE_REPLACED

At last a book about the so-called “Mad Monk” of Imperial Russia that lays to rest the myths and reveals the truth about one of the most controversial characters in human history while exploring the impact his murder had on a dynasty, a people, and a … END_OF_DOCUMENT_TOKEN_TO_BE_REPLACED

Due to Sullivan’s extensive writing about Ted Bundy (which has produced six books), he’s become a sort of magnet over the years, drawing out many people who were part of the Bundy story, but have otherwise kept a low profile over the decades; and … END_OF_DOCUMENT_TOKEN_TO_BE_REPLACED

Volume One The Early Years In 1944 Brooklyn, newborn Michael J. Hardy is rejected by his mother so she can run with gangster Bugsy Siegel, Hardy’s godfather. Shirley Rook rose to the top of the criminal ranks. As the Queen of New York City … END_OF_DOCUMENT_TOKEN_TO_BE_REPLACED

This is the true story of Carmine Imbriale – a gambler, a brawler, a bandit, a bookie, an enforcer. For two decades, Imbriale was a street-level operative in one of the most violent crews in the Colombo Family, and he endeared himself to some of the … END_OF_DOCUMENT_TOKEN_TO_BE_REPLACED

Ten must track down and stop rogue scientists behind the development of criminal technology in THE HUMANZEEE EXPERIMENTS, the next installment of The 'Ten' Mystery Series! The International Security for Technological Innovations, a federal … END_OF_DOCUMENT_TOKEN_TO_BE_REPLACED

It was a dreary winter afternoon in Ayer, Massachusetts, a quintessential New England town, the type which is romanticized in Robert Frost's poems. But on January 30, 1979, a woman’s scream was heard piercing the northeast tempest wind. In an … END_OF_DOCUMENT_TOKEN_TO_BE_REPLACED