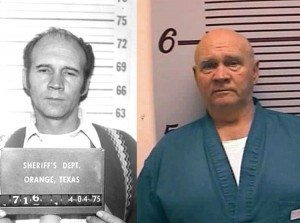 Serial killer Roy Melanson … then and a few years ago

He’s 80 years old, in poor health, confined to a wheelchair, and twice-convicted serial killer Roy Melanson believes he should be paroled to a nursing home to live out his remaining days on Medicaid. Besides, as he told a Colorado parole board on September 6, he didn’t commit the 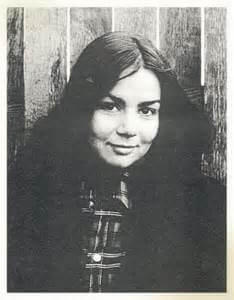 Michelle Wallace disappeared in 1974 after giving a ride to serial killer Roy Melanson in Gunnison, Colorado

murder that got him sentenced to life with the possibility of parole in a Colorado penitentiary. Nor, he said, are there any detainers from other jurisdictions that would prohibit them from setting him free.

These were just a few of the lies Melanson told the two board members present. Not unexpected for a man who lied and weaseled his way out of trouble for decades while he murdered women from California to Colorado to Louisiana and God knows where else.

Melanson claimed he did not murder Michele Wallace, a young woman who disappeared in August 1974 while returning from a backpacking trip near Crested Butte, Colorado. Melanson, who she’d picked up hitchhiking, was the last person seen with her. He was later in possession of her car and other items, including her camera on which he appeared in the last photo lying on a couch next to an unidentified teenager. But it wasn’t until a Gunnison County sheriff’s deputy began looking into the cold case in the early 1990s that Michele’s remains were located off a remote mountain road and Melanson was brought to trial and convicted.

As he did at his trial and since, Melanson argued to the parole board members that his conviction was illegal because a cause of death could not be determined due to the condition of Wallace’s remains. But he’s made the same arguments to appellate courts and been denied every time. He noted to the parole board members that he has a new appeal before the Colorado Supreme Court. 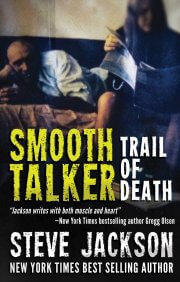 The photograph of serial killer Roy Melanson and a young girl on the cover of the book, SMOOTH TALKER, was taken from the last photo on the roll from Michele Wallace’s camera.

Melanson, who appeared via teleconference from a prison in Canon City, Colorado, also told the board members that there are no other detainers preventing his release. Apparently, he “forgot” he was also convicted and sentenced to life in 2011 for the 1974 murder of bar owner Anita Andrews in Napa, California. And that he’s been indicted for murder in Louisiana for the 1988 murder of Charlotte Sauerwin, which means he’d been held for Louisiana authorities if Colorado and California ever decide to release him. He’s also suspected of at least one, and possibly more, other murders.

He’ll be up for parole again in five years. … If he lives that long. The Roy Melanson death is awaited by many.michelle

For the story of Melanson’s depredations, and the incredible investigations that brought him to justice, read SMOOTH TALKER by Steve Jackson.

A little before midnight on May 30, 1997, fourteen-year-old Brandy DuVall waited at a bus stop in the Denver area for a ride back to her grandparents' home after spending the evening at a friend’s … END_OF_DOCUMENT_TOKEN_TO_BE_REPLACED

FOR THE FIRST TIME IN AUDIOBOOK FORMAT! On a snowy winter evening in 1982, twenty-one-year-old Mary Brown accepted a ride from a handsome stranger in the resort town of Breckenridge, Colorado. The … END_OF_DOCUMENT_TOKEN_TO_BE_REPLACED

The Night A Twisted Fantasy Became Demented Reality They thought about their evil fantasy for months. Then, wound up like clockwork toys ... they acted. In April 1997, pretty, 22-year-old … END_OF_DOCUMENT_TOKEN_TO_BE_REPLACED

From Jackson's Classic True Crime Library ROUGH TRADE NOW AVAILABLE IN eBOOK, PRINT, AND AUDIO BOOK! Early one morning in May 1997, a young couple on their way to work in the mountains of Colorado … END_OF_DOCUMENT_TOKEN_TO_BE_REPLACED

The body of Anita Andrews, the owner and bartender at Fagiani’s Cocktail Lounge in Napa, California was found in her bar ... ... raped, beaten, and stabbed to death in a bloody frenzy. She’d last … END_OF_DOCUMENT_TOKEN_TO_BE_REPLACED

It was a stimulating and inspirational day at our most recent salon in Cardiff-by- the-sea (or so I’m told). I was thrilled that a couple of repeat attendees said they got even more out … END_OF_DOCUMENT_TOKEN_TO_BE_REPLACED

Two Great True Crime Books For The Price Of One! Filling Out The Form Also Enters You To Win One Of Four Signed Print Copies Of SMOOTH … END_OF_DOCUMENT_TOKEN_TO_BE_REPLACED

Date: August 7, 2014 Garland police detective Gary Sweet discusses on Dallas WFAA television how he got involved in the case that was the basis for … END_OF_DOCUMENT_TOKEN_TO_BE_REPLACED

A 1986 family tragedy propels this gripping true crime debut as a mother searches for answers in the shocking murder of her husband—and conviction of her son. For years, Cherie struggles to overcome the consuming grief she suffers from the loss of … END_OF_DOCUMENT_TOKEN_TO_BE_REPLACED

It was a dreary winter afternoon in Ayer, Massachusetts, a quintessential New England town, the type which is romanticized in Robert Frost's poems. But on January 30, 1979, a woman’s scream was heard piercing the northeast tempest wind. In an … END_OF_DOCUMENT_TOKEN_TO_BE_REPLACED

Due to Sullivan’s extensive writing about Ted Bundy (which has produced six books), he’s become a sort of magnet over the years, drawing out many people who were part of the Bundy story, but have otherwise kept a low profile over the decades; and … END_OF_DOCUMENT_TOKEN_TO_BE_REPLACED

Volume One The Early Years In 1944 Brooklyn, newborn Michael J. Hardy is rejected by his mother so she can run with gangster Bugsy Siegel, Hardy’s godfather. Shirley Rook rose to the top of the criminal ranks. As the Queen of New York City … END_OF_DOCUMENT_TOKEN_TO_BE_REPLACED

Jerry Marcus fooled them all. He was “a nice guy,” always helped at home, did well in school, an athlete, and always employed. When things went wrong, he was the first to help clean up the mess. He was the last person anyone suspected of being a … END_OF_DOCUMENT_TOKEN_TO_BE_REPLACED