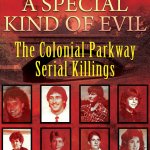 For four years a killer, or killers, stalked Virginia’s Tidewater region, carefully selecting victims, sending waves of terror into the local community. The Colonial Parkway Murders–the name given eight murders that took place in the Tidewater region in the late 1980’s, two of which were on the historic Colonial Parkway, the nation’s narrowest National Park. Young people in the prime of their lives were the targets. But the pattern that … END_OF_DOCUMENT_TOKEN_TO_BE_REPLACED 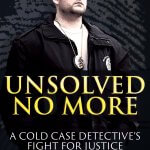 As a law enforcement officer for over fifteen years, Detective Kenneth L. Mains has investigated thousands of cases. Although he has been called "a modern day success story", it wasn’t without failure. This book will take you on a journey from a struggling kid who barely graduated High School to a teenager who joined the Marine Corps and finally to a man who put himself through college in order to accomplish his lifelong goal of being a … END_OF_DOCUMENT_TOKEN_TO_BE_REPLACED 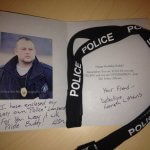 The reason I decided to write this book is because I believe in doing the right thing. All too many times I see victims families not have any rights when it comes to cold cases. Law enforcement will tell them that they are still working the case and will not provide them with the opportunity to have a fresh set of eyes look at the case. As a veteran of law enforcement, I understand that the reason we do this is to not jeopardize the case in … END_OF_DOCUMENT_TOKEN_TO_BE_REPLACED 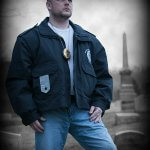 Kenneth L. Mains is a United States Marine Corps Veteran and a Detective. He uses a unique and particular combination of forensic science, criminal investigation, forensic psychology, victimology, crime reconstruction, crime scene assessment and criminal profiling to solve cases. He is the President and Founder of The American Investigative Society of Cold Cases (AISOCC) which was created to assist law enforcement members and victims families in … END_OF_DOCUMENT_TOKEN_TO_BE_REPLACED 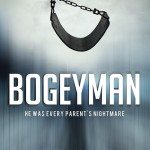 New York Times Bestselling Author Pens A True Horror Story About A Real-life Monster include "https://wildbluepress.com/wp-content/themes/magazine-pro/wbp-maincontentsalesbuttons.php?title=bogeyman"; BOGEYMAN: He Was Every Parent's Nightmare. The inspirational true crime story describing in dramatic detail the efforts of tenacious Texas lawmen to solve the cold case murders of three little girls and hold their killer accountable for his … END_OF_DOCUMENT_TOKEN_TO_BE_REPLACED

It's always a good day for free audiobooks! That's right! Free audiobooks! Just a gift from us to you, our readers.   Browse by genre and select the cover to get more information and your free copy! Non-Fiction True Crime Business … END_OF_DOCUMENT_TOKEN_TO_BE_REPLACED

Terrifying things are happening to Kay Weden, a forty-something single mom and high school teacher in Salisbury, North Carolina. Despite having no known enemies, Kay’s home, car, and peace of mind are under attack throughout 1993. Most chilling … END_OF_DOCUMENT_TOKEN_TO_BE_REPLACED

In “The Garden State Parkway Murders,” true crime writer and attorney Christian Barth dives into the harrowing story of the unsolved murders of Elizabeth Perry and Susan Davis. College friends, the two women were brutally knifed to death and their … END_OF_DOCUMENT_TOKEN_TO_BE_REPLACED

Losing a young daughter to murder is the worst nightmare that a mother could possibly imagine, but what if the killer was her son? Charity Lee was thrust into this unimaginable situation when her 13-year-old son Paris murdered her beloved 4-year-old … END_OF_DOCUMENT_TOKEN_TO_BE_REPLACED

On a cold Southern night in 2013 under a full moon, 20-year-old Heather Elvis parked her car at a boat ramp along the Intracoastal Waterway and was never seen again.  The disappearance of the beautiful, vivacious hostess at a … END_OF_DOCUMENT_TOKEN_TO_BE_REPLACED

“Ferak chronicles the long and sordid history of the Manitowoc County Sheriff’s department and the reason Sweaty’s license was suspended. Framing Avery was just par for the course." -- Kathleen Zellner In 2016-17, while working for the USA TODAY … END_OF_DOCUMENT_TOKEN_TO_BE_REPLACED

Joe Mac was a legendary homicide detective until his vision was lost in the line of duty and he was forced into retirement. Now he lives a life of darkness, his only friend being a huge Raven that Joe Mac names “Poe.” But when Joe Mac’s grandson … END_OF_DOCUMENT_TOKEN_TO_BE_REPLACED

Winner of the 2020 INDEPENDENT PRESS AWARD and 2018 LITERARY EXCELLENCE PENCRAFT AWARD A practicing attorney, author Anne K. Howard first contacted Howell while he was serving a fifteen-year sentence for the murder of one of his seven victims. He … END_OF_DOCUMENT_TOKEN_TO_BE_REPLACED

Winner of 7 Literary Awards!  “THE CRATE is an important and impressive piece of work. I’m glad it was written, and I’m glad I read it.” -- Lee Child, #1 New York Times bestselling author of the Jack Reacher Series After surviving the horrors … END_OF_DOCUMENT_TOKEN_TO_BE_REPLACED

The True Story Behind The Hit Film 'Casino' From An ‘Enforcer’ Who Lived It The Chicago organized crime family known as the “Outfit” dates back to the reign of the infamous Al Capone and prohibition. As the years passed and prohibition was repealed, … END_OF_DOCUMENT_TOKEN_TO_BE_REPLACED

The Captivating "True Story Of The World's Premier Forensic Investigators" at NecroSearch International Updated and Revised! Now Available for the First Time As Kindle eBook, Audible and iTunes Editions! "A fascinating journey into the trenches of … END_OF_DOCUMENT_TOKEN_TO_BE_REPLACED

Born in 1960, Jesus Ruiz Henao grew up poor, but wanted to be rich like the drug dealers he saw growing up in the cocaine-producing region of Colombia’s Valle of the Cauca. To realize his ambition, Ruiz Henao moved to London, United Kingdom, in … END_OF_DOCUMENT_TOKEN_TO_BE_REPLACED

As the adopted son of two cult leaders, Benjamin Risha was raised to someday assume a place of leadership in the Tony and Susan Alamo Christian Foundation with the Bible, and his parents’ interpretation of it, as his guide. He believed the prophecies … END_OF_DOCUMENT_TOKEN_TO_BE_REPLACED

Includes Never Revealed Correspondence Between Denaro and Berkowitz! In 1976, a killer who called himself 'The Son of Sam' shot and killed a half dozen people and wounded as many more in New York City. During his crime spree, the madman left bizarre … END_OF_DOCUMENT_TOKEN_TO_BE_REPLACED

Investigators and Central Florida residents were horrified when 16-year-old vampire cult leader Rod Ferrell was arrested and charged with bludgeoning a cult member's parents. When they realized the slain couple's 15-year-old daughter was missing, … END_OF_DOCUMENT_TOKEN_TO_BE_REPLACED