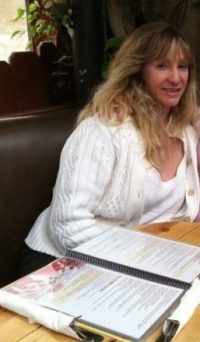 Have you ever seen the speeded up blur of Road Runner and Wile E. Coyote’s feet when they’re running? Well, that’s what the first draft of my book looks like. You don’t get any transitions or segways while you’re reading, because, frankly, I like to write all the fun parts first. That’s just me. I live my life like that, too. You don’t really get any notice about what time I’m going to show up or what kind of park in L.A. I’m going to drag you to where they filmed Jack Nicholson rowing on the lake, but you know you’re going to have fun. Any questions?

Of course you have questions. That’s because I left a lot out. Okay, I’ll tell you some more about my tornado on the page that left my first editor mumbling, “But you can’t just…there are no transitions here…” I’m actually fully aware that my final draft will be like a patchwork quilt and I’ve only just shown you the patches. That’s what makes the ups and downs of the roller coaster ride in the story. But there’s also a method to my madness. Once I can see the patches, I can design the ins and outs of the scenes. For example, if my main character starts out in the morning thinking she’s going to have one hell of a kick-ass day, I make sure she’s got a nice dent in her own by the end of it. Got it? 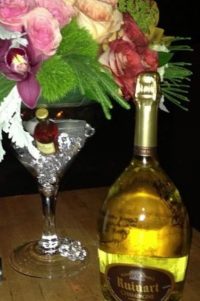 I’m also a big fan of the outline. You see, in film school we learned that you start out with a skeleton and then you add the meat and the fur, and I figure, if it’s good enough for God, then it’s good enough for me. So I find a book with the same terrain as mine and outline IT FIRST and then model mine after it. After all, theirs made it past the editor, while mine will soon be crying.

And of course, my outline is made up of characters, which I have fully developed to the point where I can quickly answer the following question for each of them: What drives him? I also know the mask they put on for the world, their biggest fear, their best trait, and the trait that gets them into trouble. After all, what fun would a story be if the characters didn’t get into trouble? I will also have decided on a point of view for the story by now, which I’m not going to get into, but don’t assume that you know what point of view means just because you have one. It’s important, so go look it up.

Another important element in story that’s often over looked is the larger world. Believe me, I love reading about a main character who’s spiraling downward into drug addiction, but I also want to hear about the local region that’s joining him in his descent and the history behind it. So do a little research. This is what we call “pulling out” and “zooming in” in film. It gives depth to the story. And please don’t describe every house and building as a “stucco structure.” Every structure has its own history of architecture so go jump on Google Earth and check out that baby for yourself. Go on, get started. I’m not going to write it for you because, after all, it’s your story.

You can do this.

Some Cases You Solve. Some Cases You Survive. Naval Criminal Investigative Service Special Agent, Tyrone Benhoff is in purgatory. That’s what agents call it when they find themselves on the wrong side of command and are transferred to a place … END_OF_DOCUMENT_TOKEN_TO_BE_REPLACED

New from award-winning author Terry Persun! After the murder of his wife and unborn child, the only time freelance tech investigator Ten feels alive is when he cuts himself. For the last few years, he has taken freelance investigative jobs. Some of … END_OF_DOCUMENT_TOKEN_TO_BE_REPLACED

Coming January 29th to REELZChannel™! The DEADLY ASSOCIATES documentary! Step into Chicago during the 1960s and ‘70s, where mobsters influence everyone from strip-club owners to Teamsters, aldermen, judges, and local police. It is a world where … END_OF_DOCUMENT_TOKEN_TO_BE_REPLACED

"Lizzette Martinez’s story embodies the fire energy that gives light and life to survivors all around her! Survivors need to see strength and perseverance despite opposition, and Lizzette models just that." - Melissa Schuman, actress and singer In … END_OF_DOCUMENT_TOKEN_TO_BE_REPLACED

Soon To Be A Documentary Series! My name is Suzanne Buchanan. There is an active arrest warrant for me in Thailand for articles I published on "The Backpacker Murders" as the former owner and editor of the Samui Times. I am a British citizen and had … END_OF_DOCUMENT_TOKEN_TO_BE_REPLACED

In this true crime-flavored novel, Detective William Boyett is called out on Mardi Gras evening in Mobile, Alabama to investigate the discovery of a young woman’s body wrapped in a carpet in a vacant lot a few blocks from the parade route. Over … END_OF_DOCUMENT_TOKEN_TO_BE_REPLACED