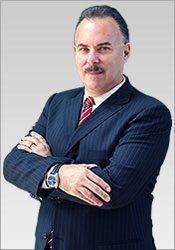 Near the end of the trial in Daddy’s Little Secret, I pulled the prosecutor, Marc Shiner, aside and confessed something about my father that I had never divulged to anyone. We were of opposing views from that point on. “Every little girl thinks her father’s scary,” he had told me, but I had not told him a story from when I had been a little girl–I had told him one from when I had been nineteen.

Shiner had listened to me and assessed the situation under the law. His hands were tied and there was nothing he could do, but he did say he would talk to my mother. He explained to me after the trial was over that she had denied being abused by my father. “Why do you think she doesn’t remember?” he asked me, not believing that that was really the case.

I continued to receive calls from Shiner long after I returned to California. He was extremely compassionate and supportive. I really had no one to talk to about losing my father and don’t know what I would’ve done without him then. Fifteen years later, we would speak once again. This time I would explain to him that I had written a book about my father’s murder and that it was going to be published the following year. “I just want you to know that you’re in it,” I explained.

“Well, I guess you got to do what you got to do,” Shiner responded. We then spoke about the Nathaniel Brazill case that he had argued right after my father’s. It had involved a thirteen year old boy who had shot and killed his favorite teacher. “Have you read anything about it?” Shiner asked. 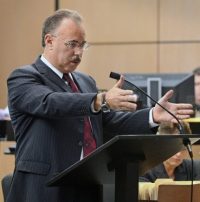 I told him that I had actually just looked it up again. “I read that he’s having a pretty hard time in prison. But I guess that goes for all prisoners,” I said.

“Well, if they deserve to be there, you know?” Shiner commented, his words hovering for us both in the air.

“I just look for the truth,” he explained.

“So do I,” I said. We have that in common I believe, which is probably another reason we kept talking for so long after the trial. We are both of the same mold.

Due to Sullivan’s extensive writing about Ted Bundy (which has produced six books), he’s become a sort of magnet over the years, drawing out many people who were part of the Bundy story, but have otherwise kept a low profile over the decades; and … END_OF_DOCUMENT_TOKEN_TO_BE_REPLACED

Volume One The Early Years In 1944 Brooklyn, newborn Michael J. Hardy is rejected by his mother so she can run with gangster Bugsy Siegel, Hardy’s godfather. Shirley Rook rose to the top of the criminal ranks. As the Queen of New York City … END_OF_DOCUMENT_TOKEN_TO_BE_REPLACED

This is the true story of Carmine Imbriale – a gambler, a brawler, a bandit, a bookie, an enforcer. For two decades, Imbriale was a street-level operative in one of the most violent crews in the Colombo Family, and he endeared himself to some of the … END_OF_DOCUMENT_TOKEN_TO_BE_REPLACED

Ten must track down and stop rogue scientists behind the development of criminal technology in THE HUMANZEEE EXPERIMENTS, the next installment of The 'Ten' Mystery Series! The International Security for Technological Innovations, a federal … END_OF_DOCUMENT_TOKEN_TO_BE_REPLACED

It was a dreary winter afternoon in Ayer, Massachusetts, a quintessential New England town, the type which is romanticized in Robert Frost's poems. But on January 30, 1979, a woman’s scream was heard piercing the northeast tempest wind. In an … END_OF_DOCUMENT_TOKEN_TO_BE_REPLACED