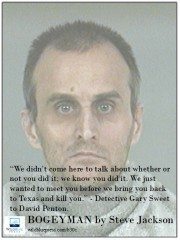 Detective Sweet had this to say when Penton tried to proclaim his innocence.

The episode of “Most Evil” about serial killer David Penton will air at 9 p.m. EST on Thursday, February 25. @discoveryID #mostevil. The show is called “Predators.” 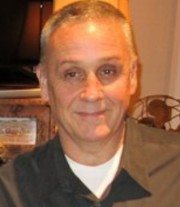 As many of you know, Penton, was the subject of a nearly twenty-five year cold case investigation into the murders of three young girls pursued by tenacious Texas lawmen. Their stories became the basis for my bestselling true crime book, BOGEYMAN: He Was Every Parent’s Nightmare.

Gary Sweet, one of the main investigators and the detective who picked up the case after it had gone cold and was gathering dust in the “murder closet” of the Garland Police Department, and myself were interviewed for the show. 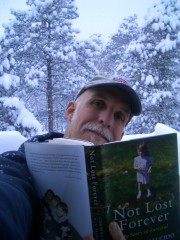 Both interviews were conducted by Dumeetha Luthra, whose LinkedIn biography describes her as “an award-winning independent journalist, and a former war correspondent with the BBC,” now living in New York City. Gary was interviewed in Texas and I met the crew out near the airport in Denver, Colorado, both of us for about two hours.

Talking to Gary, we don’t remember much about the questions other than a lot of them seemed aimed at trying to understand the psychology of Penton’s character as opposed to either how the cases were solved, or the writing of the book. Neither of us is really qualified to answer those sorts of questions, but we agree that we tried to provide what insight we could.

One question both of us remember was: If you could, is there anything you’d like to say to Penton now?

Gary laughed recalling how he answered that he’d already said everything he ever wanted to say to Penton. As some of you may recall, when he went to interview Penton in prison, the killer tried to protest his innocence before Sweet and Bruce Bradshaw, a detective with the Mesquite Police Department who’d been investigating the murder of a little girl there since 1989, had a chance to say much of anything. But Sweet told him:

“We didn’t come here to talk about whether or not you did it; we know you did it. We just wanted to meet you before we take you back to Texas and kill you.”

Me? Well, I can’t really remember exactly how I responded to Dumeetha’s question, but I know it wasn’t very nice and my mom probably won’t be very pleased with my language. Then again Penton is a serial killer of young girls so I won’t be apologizing anytime soon. I guess we’ll just have to see if the show’s editors used my comments, or they ended up on the cutting room floor.

Two Great True Crime Books For The Price Of One! Filling Out The Form Also Enters You To Win One Of Four Signed Print Copies Of SMOOTH … END_OF_DOCUMENT_TOKEN_TO_BE_REPLACED

Date: August 7, 2014 Garland police detective Gary Sweet discusses on Dallas WFAA television how he got involved in the case that was the basis for … END_OF_DOCUMENT_TOKEN_TO_BE_REPLACED

It was a stimulating and inspirational day at our most recent salon in Cardiff-by- the-sea (or so I’m told). I was thrilled that a couple of repeat attendees said they … END_OF_DOCUMENT_TOKEN_TO_BE_REPLACED

Due to Sullivan’s extensive writing about Ted Bundy (which has produced six books), he’s become a sort of magnet over the years, drawing out many people who were part of the Bundy story, but have otherwise kept a low profile over the decades; and … END_OF_DOCUMENT_TOKEN_TO_BE_REPLACED

Volume One The Early Years In 1944 Brooklyn, newborn Michael J. Hardy is rejected by his mother so she can run with gangster Bugsy Siegel, Hardy’s godfather. Shirley Rook rose to the top of the criminal ranks. As the Queen of New York City … END_OF_DOCUMENT_TOKEN_TO_BE_REPLACED

This is the true story of Carmine Imbriale – a gambler, a brawler, a bandit, a bookie, an enforcer. For two decades, Imbriale was a street-level operative in one of the most violent crews in the Colombo Family, and he endeared himself to some of the … END_OF_DOCUMENT_TOKEN_TO_BE_REPLACED

Ten must track down and stop rogue scientists behind the development of criminal technology in THE HUMANZEEE EXPERIMENTS, the next installment of The 'Ten' Mystery Series! The International Security for Technological Innovations, a federal … END_OF_DOCUMENT_TOKEN_TO_BE_REPLACED

It was a dreary winter afternoon in Ayer, Massachusetts, a quintessential New England town, the type which is romanticized in Robert Frost's poems. But on January 30, 1979, a woman’s scream was heard piercing the northeast tempest wind. In an … END_OF_DOCUMENT_TOKEN_TO_BE_REPLACED