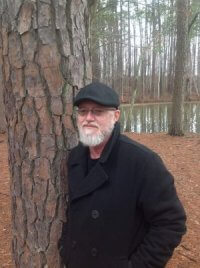 “In a world ruled by the purest survivors, the fiercest warriors, Gage was the strongest – an American executing his country’s darkest missions with legendary cunning and skill…”

As James Byron Huggins was writing THE RECKONING, he reached out to Arcenio James Advincula and Jim Hammond about a fighting knife that Gage would thrive with. The Flesheater ‘Dragon’ Fighting Knife was the perfect choice for Gage! Listen as James Advincula describes his past, the different fighting grips, how the knife fits into THE RECKONING, and more.

Arcenio James Advincula is a trained martial artist and a first-generation student of the founder of Isshin-ryū Karate, Tatsuo Shimabuku. He also has an extensive background in Largo Mano Eskrima, Hindiandi Gung Fu, Ryukyu Kobudo and Combat Judo. Arcenio is a veteran of the United States Marine Corps, and he served for 22 years, 6 months, 18 days which includes two tours in Vietnam during the Vietnam War. He retired in 1981 proudly as a Master Sergeant. Some of his other notable accomplishments include; designing the Isshinryu patch, receiving a Black Belt Emeritus from the US Marine Corps, working with the San Diego Chargers on body mechanics, selected by the Okinawan Government to represent the U.S. at the 2005 Okinawa Karate and Kobudo Exchange Symposium.

You can connect with Arcenio James Advincula here https://www.facebook.com/arcenio.advincula

You can read THE RECKONING here https://wildbluepress.com/reckoning-james-byron-huggins-thriller/

For more thrilling books like THE RECKONING, visit https://wildbluepress.com/thrillers/ 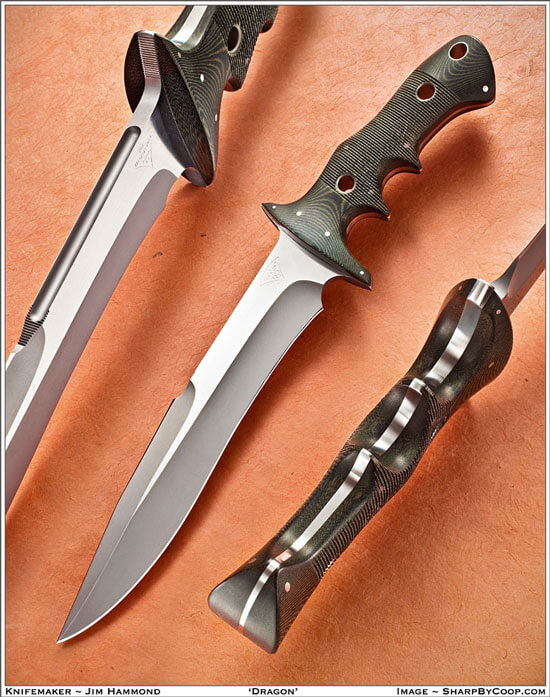 Video 2: Arcenio James Advincula discusses his participation in THE RECKONING and the relevance of his martial arts perspective. - https://www.youtube.com/watch?reload=9&v=lFtQX8leS4w

Video 3: James Byron Huggins discusses THE RECKONING and the participation of Advincula and Hammond. – Released this weekend

Sylvester Stallone owns the movie rights to Hunter by James Byron Huggins, and is shown here reading it . … END_OF_DOCUMENT_TOKEN_TO_BE_REPLACED

It's always a good day for free audiobooks! That's right! Free audiobooks! Just a gift from us to you, our readers.   Browse by genre and select the cover to get more information and your free copy! Non-Fiction True Crime Business … END_OF_DOCUMENT_TOKEN_TO_BE_REPLACED

It was a dreary winter afternoon in Ayer, Massachusetts, a quintessential New England town, the type which is romanticized in Robert Frost's poems. … END_OF_DOCUMENT_TOKEN_TO_BE_REPLACED

Teens savagely murder a couple in the name of their vampire cult. A sex-starved teacher cannot get enough of her young male student. The case of a missing child keeps cops awake at night for years after his confounding … END_OF_DOCUMENT_TOKEN_TO_BE_REPLACED

Koh Tao--a small island in the Gulf of Thailand, surrounded by pristine beaches, swathed in sunshine, and a mecca for tourists, divers and backpackers. But "Turtle Island" has its dark side. In 2014, Koh Tao was the site of the brutal double murders … END_OF_DOCUMENT_TOKEN_TO_BE_REPLACED

Terrifying things are happening to Kay Weden, a forty-something single mom and high school teacher in Salisbury, North Carolina. Despite having no known enemies, Kay’s home, car, and peace of mind are under attack throughout 1993. Most chilling … END_OF_DOCUMENT_TOKEN_TO_BE_REPLACED

In “The Garden State Parkway Murders,” true crime writer and attorney Christian Barth dives into the harrowing story of the unsolved murders of Elizabeth Perry and Susan Davis. College friends, the two women were brutally knifed to death and their … END_OF_DOCUMENT_TOKEN_TO_BE_REPLACED

Losing a young daughter to murder is the worst nightmare that a mother could possibly imagine, but what if the killer was her son? Charity Lee was thrust into this unimaginable situation when her 13-year-old son Paris murdered her beloved 4-year-old … END_OF_DOCUMENT_TOKEN_TO_BE_REPLACED

On a cold Southern night in 2013 under a full moon, 20-year-old Heather Elvis parked her car at a boat ramp along the Intracoastal Waterway and was never seen again.  The disappearance of the beautiful, vivacious hostess at a … END_OF_DOCUMENT_TOKEN_TO_BE_REPLACED

“Ferak chronicles the long and sordid history of the Manitowoc County Sheriff’s department and the reason Sweaty’s license was suspended. Framing Avery was just par for the course." -- Kathleen Zellner In 2016-17, while working for the USA TODAY … END_OF_DOCUMENT_TOKEN_TO_BE_REPLACED

Joe Mac was a legendary homicide detective until his vision was lost in the line of duty and he was forced into retirement. Now he lives a life of darkness, his only friend being a huge Raven that Joe Mac names “Poe.” But when Joe Mac’s grandson … END_OF_DOCUMENT_TOKEN_TO_BE_REPLACED

Winner of the 2020 INDEPENDENT PRESS AWARD and 2018 LITERARY EXCELLENCE PENCRAFT AWARD A practicing attorney, author Anne K. Howard first contacted Howell while he was serving a fifteen-year sentence for the murder of one of his seven victims. He … END_OF_DOCUMENT_TOKEN_TO_BE_REPLACED

Winner of 7 Literary Awards! "THE CRATE is an important and impressive piece of work. I'm glad it was written, and I'm glad I read it." -- Lee Child, #1 New York Times bestselling author of the Jack Reacher Series After surviving the horrors of the … END_OF_DOCUMENT_TOKEN_TO_BE_REPLACED

Due to Sullivan’s extensive writing about Ted Bundy (which has produced six books), he’s become a sort of magnet over the years, drawing out many people who were part of the Bundy story, but have otherwise kept a low profile over the decades; and … END_OF_DOCUMENT_TOKEN_TO_BE_REPLACED

Volume One The Early Years In 1944 Brooklyn, newborn Michael J. Hardy is rejected by his mother so she can run with gangster Bugsy Siegel, Hardy’s godfather. Shirley Rook rose to the top of the criminal ranks. As the Queen of New York City … END_OF_DOCUMENT_TOKEN_TO_BE_REPLACED

This is the true story of Carmine Imbriale – a gambler, a brawler, a bandit, a bookie, an enforcer. For two decades, Imbriale was a street-level operative in one of the most violent crews in the Colombo Family, and he endeared himself to some of the … END_OF_DOCUMENT_TOKEN_TO_BE_REPLACED

Ten must track down and stop rogue scientists behind the development of criminal technology in THE HUMANZEEE EXPERIMENTS, the next installment of The 'Ten' Mystery Series! The International Security for Technological Innovations, a federal … END_OF_DOCUMENT_TOKEN_TO_BE_REPLACED

A 1986 family tragedy propels this gripping true crime debut as a mother searches for answers in the shocking murder of her husband—and conviction of her son. For years, Cherie struggles to overcome the consuming grief she suffers from the loss of … END_OF_DOCUMENT_TOKEN_TO_BE_REPLACED

It was a dreary winter afternoon in Ayer, Massachusetts, a quintessential New England town, the type which is romanticized in Robert Frost's poems. But on January 30, 1979, a woman’s scream was heard piercing the northeast tempest wind. In an … END_OF_DOCUMENT_TOKEN_TO_BE_REPLACED