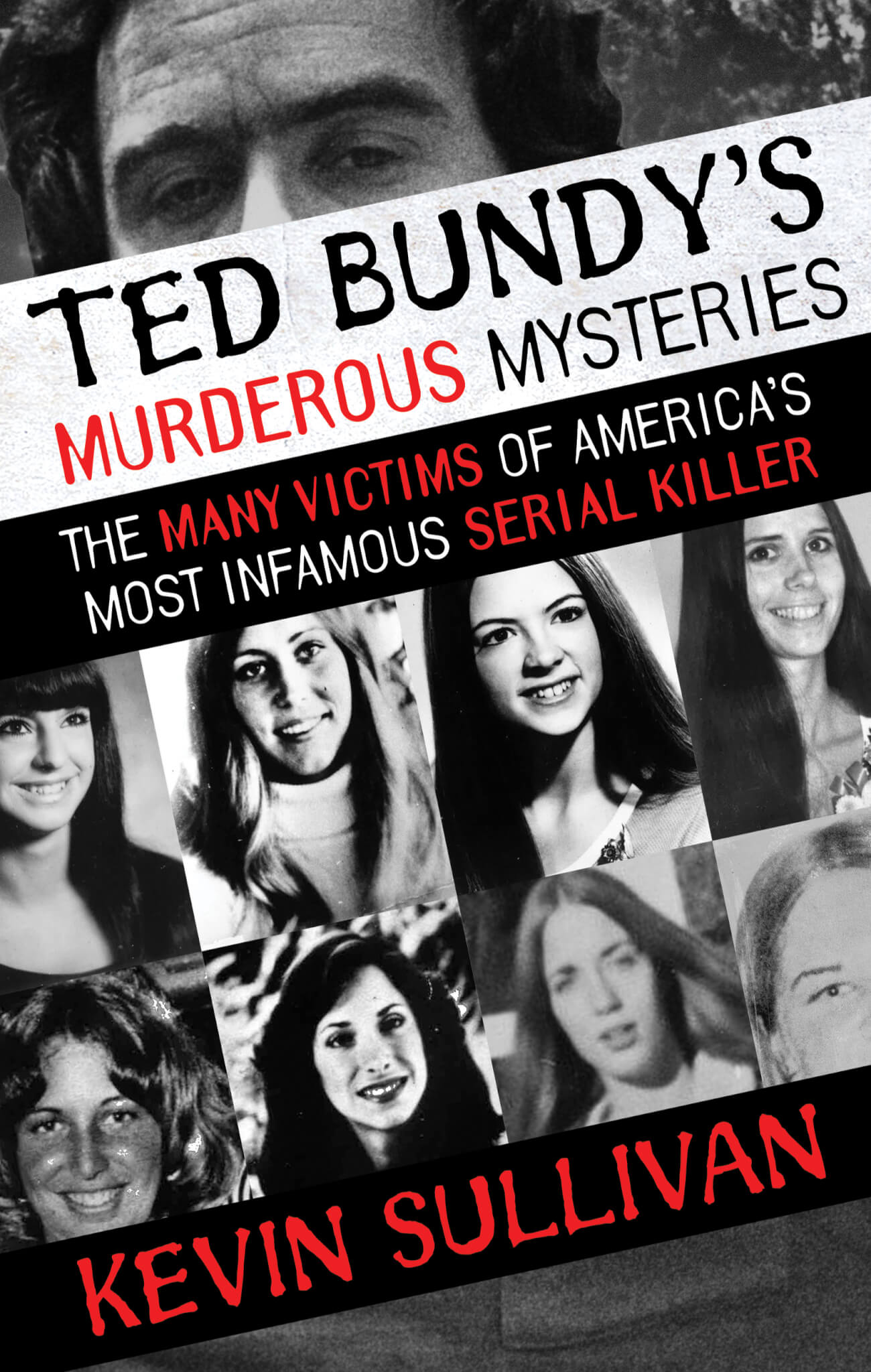 “What a journey this has been!” is a thought that crossed my mind the other day.  I was finishing up my fourth Ted Bundy book when it popped into my mind.  Looking back on this journey, the most interesting aspect is that I didn’t even see it coming. For those of you who’ve been with me, you already know what I’m talking about.  But for those who don’t, here’s a brief explanation:

HOW IT ALL STARTED

In 2005, I met Jerry Thompson.  He’s the retired detective from Utah who worked the Bundy case in that state.  From this meeting, I ended up writing, The Bundy Murders: A Comprehensive History, published in 2009. The book brought forth new and never-before published revelations about a number of the murders.  Of course, having written a biography of Ted Bundy, I figured (naturally) I was finished with him.  Life, however, has a way of changing things.  Folks started contacting me after the book’s release, and soon I was gathering new interview material on the case.

BIRTH OF THE SECOND BOOK 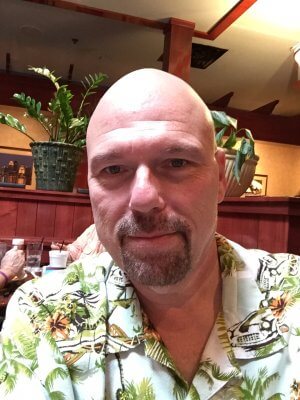 In 2015, because of this new information,  as well as some other factors, I decided to write a companion volume to The Bundy Murders.   That book, The Trail of Ted Bundy: Digging Up the Untold Stories, was released in 2016.  This book, like my first book, unearthed a lot of new information on this most infamous case.  After this, I believed I could move on.  Wrong!

Because of my two Bundy books being on the market, more individuals came my way. And before too long, I found myself conducting new interviews.  Because of this new activity, I knew a third book would eventually be in the offing.  That book, The Bundy Secrets: Hidden Files on America’s Worst Serial Killer, was published in 2017.  For this work I took a large portion of the Bundy case file material and published them verbatim, along with commentary from me.  I knew that adding these full reports would be of great interest to people, and I was correct.

THE 4TH BOOK IS BORN

My current book: Ted Bundy’s Murderous Mysteries: The Many Victims of America’s Most Infamous Serial Killer, was recently released, and here too, I have new and very revealing interviews from important players in the case.  I have also added case file material that doesn’t appear in any of my previous Bundy books.  And as you might suspect, throughout the book, there is commentary from me.

Now, having written four books on this serial killer, totaling  over 1000 pages, I’m going to assume this 4-volume set will complete my work on Ted Bundy.  That said, I do recall myself saying similar things in the past, wink, wink.

The Encyclopedia of the Ted Bundy Murders lists the names of hundreds of people involved in the case as well as dozens of locations where significant events occurred. Being the final installment in a five-volume series, this veritable “Who’s Who” of … END_OF_DOCUMENT_TOKEN_TO_BE_REPLACED

Ted Bundy's Murderous Mysteries is a deep-dive into the archival record of the America’s most notorious serial killer. It’s a veritable goldmine of information on Bundy, his victims, and this very voluminous case. Written by the foremost authority … END_OF_DOCUMENT_TOKEN_TO_BE_REPLACED

THE TRAIL OF TED BUNDY: Digging Up the Untold Stories A look into the life of serial killer Ted Bundy, from those who knew him, to those who chased him, and from those who mourned his many victims... The Trail of Ted Bundy: Digging … END_OF_DOCUMENT_TOKEN_TO_BE_REPLACED

Soon To Be A Documentary Series! My name is Suzanne Buchanan. There is an active arrest warrant for me in Thailand for articles I published on "The Backpacker Murders" as the former owner and editor of the Samui Times. I am a British citizen … END_OF_DOCUMENT_TOKEN_TO_BE_REPLACED

Coming January 29th to REELZChannel™! The DEADLY ASSOCIATES documentary! Step into Chicago during the 1960s and ‘70s, where mobsters influence everyone from strip-club owners to Teamsters, aldermen, judges, and local police. It is a world where … END_OF_DOCUMENT_TOKEN_TO_BE_REPLACED

"Lizzette Martinez’s story embodies the fire energy that gives light and life to survivors all around her! Survivors need to see strength and perseverance despite opposition, and Lizzette models just that." - Melissa Schuman, actress and singer In … END_OF_DOCUMENT_TOKEN_TO_BE_REPLACED

Step inside the death chamber and behind the walls of Ohio’s death row. Bill Kimberlin, Psy.D, invites the reader on an extensive and unbiased journey inside Ohio’s death row in WATCH ME DIE: Last Words From Death Row. You will see how these … END_OF_DOCUMENT_TOKEN_TO_BE_REPLACED

"The wheels of justice turn slowly, but grind exceedingly fine." Renee Fehr knew that Gregory Houser killed her sister Sheryl. There was not a single doubt in her mind. Yet for 27 years Houser walked free. But Renee wouldn’t rest … END_OF_DOCUMENT_TOKEN_TO_BE_REPLACED

On the early morning of March 6, 1993, an intense fire broke out in a tiny nursery. Sixteen minutes later, firefighters had extinguished the blaze, only to reveal a room burned so severely, everything was virtually unrecognizable. Then, they were … END_OF_DOCUMENT_TOKEN_TO_BE_REPLACED

During the early morning hours of July 17, 1983, fatigue became a factor for the young couple from central Illinois who spent their day under the hot sun at Marriott’s Great America amusement park north of Chicago. On their drive home, the tired … END_OF_DOCUMENT_TOKEN_TO_BE_REPLACED

Some Cases You Solve. Some Cases You Survive. Naval Criminal Investigative Service Special Agent, Tyrone Benhoff is in purgatory. That’s what agents call it when they find themselves on the wrong side of command and are transferred to a place … END_OF_DOCUMENT_TOKEN_TO_BE_REPLACED

New from award-winning author Terry Persun! After the murder of his wife and unborn child, the only time freelance tech investigator Ten feels alive is when he cuts himself. For the last few years, he has taken freelance investigative jobs. Some of … END_OF_DOCUMENT_TOKEN_TO_BE_REPLACED

Coming January 29th to REELZChannel™! The DEADLY ASSOCIATES documentary! Step into Chicago during the 1960s and ‘70s, where mobsters influence everyone from strip-club owners to Teamsters, aldermen, judges, and local police. It is a world where … END_OF_DOCUMENT_TOKEN_TO_BE_REPLACED

"Lizzette Martinez’s story embodies the fire energy that gives light and life to survivors all around her! Survivors need to see strength and perseverance despite opposition, and Lizzette models just that." - Melissa Schuman, actress and singer In … END_OF_DOCUMENT_TOKEN_TO_BE_REPLACED

Soon To Be A Documentary Series! My name is Suzanne Buchanan. There is an active arrest warrant for me in Thailand for articles I published on "The Backpacker Murders" as the former owner and editor of the Samui Times. I am a British citizen … END_OF_DOCUMENT_TOKEN_TO_BE_REPLACED

In this true crime-flavored novel, Detective William Boyett is called out on Mardi Gras evening in Mobile, Alabama to investigate the discovery of a young woman’s body wrapped in a carpet in a vacant lot a few blocks from the parade route. Over … END_OF_DOCUMENT_TOKEN_TO_BE_REPLACED