THE TRAIL OF TED BUNDY: Digging Up the Untold Stories

THE TRAIL OF TED BUNDY is available now ! 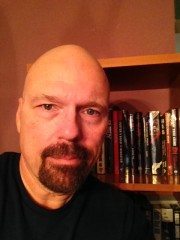 Kevin Sullivan follows up on his widely acclaimed The Bundy Murders with the “untold” back stories in THE TRAIL OF TED BUNDY.

The Trail of Ted Bundy: Digging Up the Untold Stories, is a journey back in time, to when Ted Bundy was killing young women and girls in the Pacific Northwest and beyond. It’s told by those who knew him, and you’ll hear their revealing stories, many being voiced and put to print for the very first time. The friends of the victims are here as well, and they too share their insights about the victims, and some of what they tell here had been held back from the investigators, such was their commitment to their deceased friends.

It’s also the story of those who hunted Bundy; those who guarded him, and those who otherwise were a part of this strange case one way or another.

The book also offers fresh information from the official record in areas not covered in the first book. To have added these “extras” in The Bundy Murders, wouldn’t have made any sense at the time, yet they do make perfect sense here. And finally, for this book, I travelled to every state where Bundy operated except Florida to tell this tale, and I’ve added many of the insights I’ve gained from my years of study into this very elusive and diabolical killer.

Catch up with Kevin Sullivan’s On the Trail of Ted Bundy video blog series here!

“Anyone today visiting the house where Lynda Ann Healy lived with her friends, as I did in July 2015, will find it in a very nice neighborhood that is well maintained; perhaps better maintained now than in 1974. Standing in front of the structure, there is no obvious reminder that evil once invaded this dwelling in the middle of the night. Just off to the right of the front door, on the side of the house, is the door leading to the basement. It was through this door that Bundy would carry Lynda out into the chilly night air.

As I walked up the steps my mind was riveted on that night. I thought of Bundy, and how he also had walked up these steps before slowly turning the doorknob that cold evening to see if it was unlocked. Having already written The Bundy Murders, I was well aware of what transpired there, and, at such a moment, it all becomes so very real. Indeed, in my view, the Lynda Healy abduction is the strangest of his career, and I don’t ever expect to hear of one more bizarre, either from the past or in the future.” 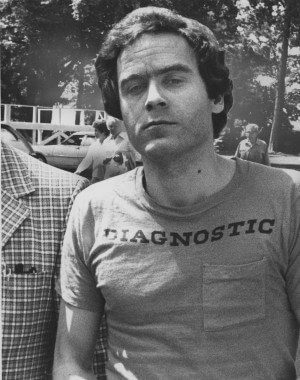 Sullivan’s book will feature several rarely seen photos of Bundy and people associated with his murderous spree, including the photograph while in custody in Utah between 1975 and 1976. Photo courtesy of the Salt Lake Tribune

As I have mentioned in a previous blog and in conversations with friends, I never expected to write another book about Ted Bundy. After The Bundy Murders was published in 2009, writing anything about Bundy, beyond the occasional article, was out. I had no interest in delving again into his madness and his many victims; victims I have come to “know” so well, that it sometimes feels like I knew them long ago in real life. So writing another book was off my radar, and my stance was non-negotiable. And then, in the spring of 2015, I learned that one of the participants in the case was undergoing serious medical issues.

This brought to mind several of the folks who had died in the past couple of years; and this included my friend, Lorraine Fargo, a close friend of Bundy victim, Kathy Parks, who contacted me after The Bundy Murders was published. And in an instant, I knew one last Bundy book was in order. This time, however, I determined to add those voices whose stories had not yet been told. As a historian, I knew this was the right thing to do.

And so my journey began. And before too long I was uncovering important stories that had been hidden within the hearts and minds of so many, but are now presented to you and all those who read these pages in the future. And with this, my last contribution to the Bundy saga, I bid you all a happy reading!

“Despite the multitude of books about Bundy, The Bundy Murders offers fresh material and ideas about Bundy’s predatory movements. Well researched and highly recommended, for Bundy scholars and true crime fans alike.“–Katherine Ramsland, author of The Human Predator and The Devil’s Dozen

‘Insightful, well researched, and well written…highly recommend[ed] for any true crime reader, or any reader wanting to know more about Bundy or about deviant personalities. In fact, this book should be required reading for any student of psychology or criminal law.’–Psychotic State.com

‘Unearths new and horrifying evidence of other murders and graphic new details about the most notorious and fascinating serial killer of all time…provides the most in-depth examination of the killer and his murders ever conducted…a must-read for all true crime fans.’–Dan Zupansky, author of Trophy Kill: The Shall We Dance Murder and host of True Murder: The Most Shocking Killers in True Crime History

‘The Bundy Murders is scholarly and yet, at the same time, compelling and mesmerizing. Couldn’t put it down. This is crime writing at its very best!‘–Gary C. King, author of The Murder of Meredith Kercher and Rage

The Encyclopedia of the Ted Bundy Murders lists the names of hundreds of people involved in the case as well as dozens of locations where significant events occurred.  Being the final installment in a five-volume series, this veritable “Who’s Who” of 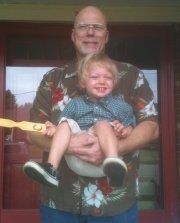 WHY DO SERIAL KILLERS KILL? OUT OF THE MOUTHS OF SERIAL KILLERS​ is as close as you will ever come to discovering the answer ... and in the killer’s own words! In this one-of-a-kind book, author Mary Brett corresponded with some of America’s … END_OF_DOCUMENT_TOKEN_TO_BE_REPLACED

What do Wyatt Earp, Belle Gunness, Big Foot the Renegade, Billy the Kid, and Dr. H.H. Holmes, and The Black Hand have in common? They were all subjects of true crime newspaper reporting in the 1800s, and now these stories and that of many others … END_OF_DOCUMENT_TOKEN_TO_BE_REPLACED

INCLUDES OVER 40 COLOR PHOTOGRAPHS! Frank Cullotta was best known for his exploits as an associate of the Chicago Outfit and his role as Tony Spilotro’s enforcer and street lieutenant in Las Vegas. However, he had another interest besides crime. … END_OF_DOCUMENT_TOKEN_TO_BE_REPLACED

It was the midcentury murder that fascinated a nation and kept it glued for two years to radio, television and newspapers through three trials. Did the handsome, wealthy doctor and his beautiful young paramour plan to kill his glamorous socialite … END_OF_DOCUMENT_TOKEN_TO_BE_REPLACED

As the adopted son of two cult leaders, Benjamin Risha was raised to someday assume a place of leadership in the Tony and Susan Alamo Christian Foundation with the Bible, and his parents’ interpretation of it, as his guide. He believed the prophecies … END_OF_DOCUMENT_TOKEN_TO_BE_REPLACED