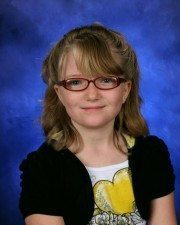 Jessica Ridgeway was just ten years old when she was abducted and murdered by Austin Sigg. Photos courtesy of the Jefferson County District Attorney’s Office

The Author Of BOGEYMAN: He Was Every Parent’s Nightmare Seeks Balance Between The Crime And Remembering The Victim

I recently had the distinct pleasure of sitting down to dinner with the mother, aunt and grandmother of Jessica Ridgeway to get to know each other and talk about the possibility of writing a book about Jessica and the teenager who murdered her.

You may remember the story out of Westminster, Colorado. In October 2012, it was all over the national news after the ten-year-old fifth-grader disappeared as she was walking to school, resulting in one of the largest community- and law enforcement-based searches in Colorado history. Tragically, the search for Jessica became a manhunt for a sadistic killer when Jessica’s remains were found in garbage bags that had been left in a park.

A variety of local and federal law enforcement agencies worked to catch the killer as the community recoiled at the horror of the crime committed against a child described as funny, kind and loving by her incredibly strong family. Due to the nature and brutality of the crime, the investigators were convinced that they were looking for a monstrous adult sexual predator, possibly a serial killer. Then believing (wrongly) that the police were closing in, a seventeen-year-old named Austin Sigg told his mother that he was the killer.

Although drawn to the story in part by the family’s courageous response to the horrific tragedy from the day Jessica disappeared right through the sentencing of Sigg–and my interest in the ripple effect of violent crime on families and communities–as well as the criminal psychology of a young man who had the earmarks of a serial killer in the making, I also had reservations. Although I’ve written nine true crime books beginning with MONSTER in 1998, it was only a year ago that I published my first WildBlue Press true crime, BOGEYMAN: He Was Every Parent’s Nightmare about serial child-killer David Penton. Child murders are particularly difficult to write about, and I wasn’t sure I was ready to head back down that especially dark path in crime writing so soon after if at all. 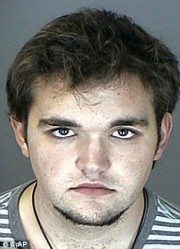 There is no doubt that Sigg, a mortuary sciences student at a Denver-area community college who’d shown an obsession with violent child pornography since an early age, is a fascinating case study. And if I wrote about the case I’d be talking to psychologist and author Anna Salter, who is one of the leading authorities on violent sexual predators in the world and testified for the prosecution at Sigg’s sentencing hearing. But I had several reservations about writing the book: one personal, another as an true crime author, and the last having to do with Jessica’s family. 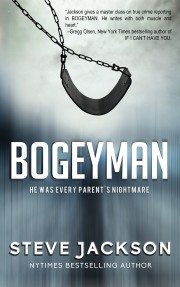 BOGEYMAN: He Was Every Parent’s Nightmare about serial child-killer David Penton was released in August 2014

On a personal level, writing about the murder of children is as tough as it gets. While no one (barring murderers themselves) deserves to die, there is something particularly cruel and heartbreaking about the murder of an innocent child. They’ve barely begun their lives, and usually have so little knowledge about the evils that lurk other than as shadowy, ill-defined “bogeymen” used by their parents to scare them into caution. But they’re not real–real is playing with friends, loving your family, dreaming of the future–until it is made real by monsters like Austin Sigg. As a father myself, I can identify with the grieving parents, siblings, extended families and friends of these lost children. I find myself taking their tears and grief to heart to the extent where from time to time I have to step away from crime writing and write about something, anything, else.

On another level, as a true crime author most of us avoid stories about child killers. Done the wrong way, no one wants to read them. Even true crime book fans who are used to reading about the worst of the worst in our world will avoid stories about the murder of children. It’s just too dark, too close to home, too much. It was something I wrestled with when I first talked to Detective Gary Sweet of the Garland Police Department in Texas about the story behind what eventually became BOGEYMAN. It took me more than two years and a lot of interviews to hit on telling that story through the experiences of the detectives who worked the cases, and their families. Doing so I avoided graphic descriptions of what happened to the children; neither did I dwell on the killer, except through the eyes and ears of the detectives who sought to bring him to justice. I’ve been gratified that the overwhelmingly positive response to the book means I accomplished what I set out to do.

However, as I followed the story of what happened in October 2012 and thought about the possibility of writing a book, I came to understand that this was a story about Jessica, who she was and that she deserves to be remembered that way. It’s also about her incredibly strong and life-affirming family, and about the law enforcement officers and members of the Jefferson County District Attorney’s Office who were all affected by the crime, and about how a community came together and, though changed forever, refused to be intimidated by the evil that had walked among them. But to do that I first needed to talk to the family and ask them how they felt about telling this story. So we sat together and over a meal at an Indian restaurant got to know each other, laughed and joked–because that’s who they are–and talked about Jessica. And decided that this is a story that needs to be told, so be watching this summer for JESSICA. We’ll all get through it together.

Two Great True Crime Books For The Price Of One! Filling Out The Form Also Enters You To Win One Of Four Signed Print Copies Of SMOOTH … END_OF_DOCUMENT_TOKEN_TO_BE_REPLACED

Date: August 7, 2014 Garland police detective Gary Sweet discusses on Dallas WFAA television how he got involved in the case that was the basis for … END_OF_DOCUMENT_TOKEN_TO_BE_REPLACED

It was a stimulating and inspirational day at our most recent salon in Cardiff-by- the-sea (or so I’m told). I was thrilled that a couple of repeat attendees said they … END_OF_DOCUMENT_TOKEN_TO_BE_REPLACED

INCLUDES OVER 40 COLOR PHOTOGRAPHS! Frank Cullotta was best known for his exploits as an associate of the Chicago Outfit and his role as Tony Spilotro’s enforcer and street lieutenant in Las Vegas. However, he had another interest besides crime. … END_OF_DOCUMENT_TOKEN_TO_BE_REPLACED

What do Wyatt Earp, Belle Gunness, Big Foot the Renegade, Billy the Kid, and Dr. H.H. Holmes, and The Black Hand have in common? They were all subjects of true crime newspaper reporting in the 1800s, and now these stories and that of many others … END_OF_DOCUMENT_TOKEN_TO_BE_REPLACED

Will A Serial Killer Soon Walk The Streets Again? Don Miller was quiet and reserved.  As a former youth pastor, he seemed a devout Christian.  No one would have ever suspected that the recent graduate of the Michigan State University … END_OF_DOCUMENT_TOKEN_TO_BE_REPLACED

As the adopted son of two cult leaders, Benjamin Risha was raised to someday assume a place of leadership in the Tony and Susan Alamo Christian Foundation with the Bible, and his parents’ interpretation of it, as his guide. He believed the prophecies … END_OF_DOCUMENT_TOKEN_TO_BE_REPLACED