It’s been nearly 11 years since Assistant Iowa Attorney General Charles Thoman dropped into the western Iowa city of Harlan. He was the powerful one-man prosecution crew against Dixie Shanahan.

When Thoman finally left town, in May of 2004, he accomplished his mission. He branded Dixie Shanahan as a convicted and cold killer — just as he intended to do.

“I never felt cross examining the defendant Dixie Shanahan would be a slam-dunk,” Thoman told me last year in preparation for my book’s publication. “In fact, I expected it would be difficult. In preparing my cross examination, I was concerned that she might present a very sympathetic figure to the jury.” 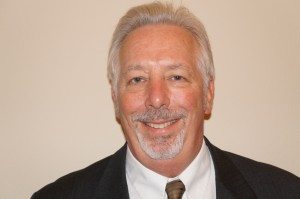 Readers of my #Amazon #bestseller, DIXIE’S LAST STAND: WAS IT MURDER OR SELF-DEFENSE? www.wildbluepress.com/Dixie often view Thoman as a polarizing figure. Some sympathizers of Dixie have characterized Thoman as being more interested in a win-at-all-cost prosecution. Other #truecrime readers of DIXIE reacted differently. They sided with Thoman. They wholeheartedly agreed with his reflective analysis that I included toward the end of my book.

To this day, Thoman has no misgivings about how the murder trial and ensuing sentencing turned out. Thoman said he greatly respects domestic violence advocates, but vehemently disagrees with those individuals who bitterly opposed his decision to prosecute Dixie Shanahan for murdering her abusive husband, Scott. 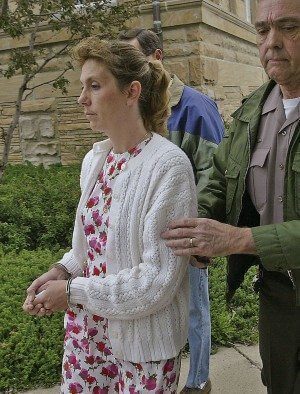 Many of Dixie’s friends and admirers lined up to testify on her behalf as a defense trial witness. That probably did her more harm than good. One particular witness testified how Dixie’s husband broke Dixie’s jaw during an explosive outburst.

“In fact, that was not true,” Thoman pointed out. “On cross examination, she became very hostile toward me. With some prodding she admitted, very reluctantly, that she was wrong when she testified earlier that Scott had broken Dixie’s jaw.”

Thoman sensed that the 12-member jury picked up on this.

“It helped them avoid emotion and sympathy in evaluating all the evidence in the case,” Thoman told me.

Last year, Thoman called it quits after remarkable and highly successful career as a regional criminal prosecutor for the Iowa Attorney General’s Office.

Now in his early sixties, Thoman is enjoying retirement. He often travels.

DIXIE’S LAST STAND also includes Thoman’s candidness about whether Dixie should be let out of prison. Dixie now 47, will get another opportunity to petition the Iowa Board of Parole for release this coming summer.

During the early morning hours of July 17, 1983, fatigue became a factor for the young couple from central Illinois who spent their day under the hot sun at Marriott’s Great America amusement park north of Chicago. On their drive home, the tired … END_OF_DOCUMENT_TOKEN_TO_BE_REPLACED

“Ferak chronicles the long and sordid history of the Manitowoc County Sheriff’s department and the reason Sweaty’s license was suspended. Framing Avery was just par for the course." -- Kathleen Zellner In 2016-17, while working for the USA TODAY … END_OF_DOCUMENT_TOKEN_TO_BE_REPLACED

'MAKING A MURDERER' TIMES SIX! If the dubious efforts of law enforcement that led to the case behind MAKING A MURDERER made you cringe, your skin will crawl at the injustice portrayed in FAILURE OF JUSTICE: A Brutal Murder, An Obsessed Cop, Six … END_OF_DOCUMENT_TOKEN_TO_BE_REPLACED

Tainted Evidence In The Murder of Jessica O'Grady? Jessica O’Grady was a tall, starry-eyed co-ed in search of finding her Mr. Right. Christopher Edwards was a 19-year-old deceitful and darkened soul. David Kofoed was a veteran crime lab … END_OF_DOCUMENT_TOKEN_TO_BE_REPLACED

A WildBlue Press True Crime By Award-Winning Journalist John Ferak Dixie Shanahan had a terribly troubled and abusive marriage in the sleepy little town of Defiance, Iowa. Then one summer day in 2002, Dixie's mean and wicked husband was gone. Some … END_OF_DOCUMENT_TOKEN_TO_BE_REPLACED

In 2018, WildBlue Press released 29 new titles! Among those titles, twenty-one were under the true crime genre, four were thrillers, two mysteries, and one business book as well as one fantasy book. From winning awards to being featured on … END_OF_DOCUMENT_TOKEN_TO_BE_REPLACED

John Ferak, author of WildBlue's hit true crime book FAILURE OF JUSTICE, was recently featured on the True Murder radio show with host Dan Zupansky to discuss his book. FAILURE OF JUSTICE details the case of the Beatrice Six, which is the largest … END_OF_DOCUMENT_TOKEN_TO_BE_REPLACED

Watch John Ferak's interview with Al Warren on The House of Mystery Radio Show. John discusses his new true crime book, FAILURE OF JUSTICE, which details the largest wrongful conviction case in U.S. history! Get your copy of FAILURE OF JUSTICE … END_OF_DOCUMENT_TOKEN_TO_BE_REPLACED

John Ferak is an award-winning investigative journalist and true crime author. His latest true crime book, FAILURE OF JUSTICE, details the largest wrongful conviction case in the United States to date. John was on The House of Mystery Radio Show with … END_OF_DOCUMENT_TOKEN_TO_BE_REPLACED

John Ferak was on Darkness Radio with host Dave Schrader on Tuesday, May 24th, from 10-11pm Central Time. John will be discussed his new true crime book, FAILURE OF JUSTICE: A Brutal Murder, An Obsessed Cop, Six Wrongful Convictions, as well as his … END_OF_DOCUMENT_TOKEN_TO_BE_REPLACED

Some Cases You Solve. Some Cases You Survive. Naval Criminal Investigative Service Special Agent, Tyrone Benhoff is in purgatory. That’s what agents call it when they find themselves on the wrong side of command and are transferred to a place … END_OF_DOCUMENT_TOKEN_TO_BE_REPLACED

New from award-winning author Terry Persun! After the murder of his wife and unborn child, the only time freelance tech investigator Ten feels alive is when he cuts himself. For the last few years, he has taken freelance investigative jobs. Some of … END_OF_DOCUMENT_TOKEN_TO_BE_REPLACED

Coming January 29th to REELZChannel™! The DEADLY ASSOCIATES documentary! Step into Chicago during the 1960s and ‘70s, where mobsters influence everyone from strip-club owners to Teamsters, aldermen, judges, and local police. It is a world where … END_OF_DOCUMENT_TOKEN_TO_BE_REPLACED

"Lizzette Martinez’s story embodies the fire energy that gives light and life to survivors all around her! Survivors need to see strength and perseverance despite opposition, and Lizzette models just that." - Melissa Schuman, actress and singer In … END_OF_DOCUMENT_TOKEN_TO_BE_REPLACED

Soon To Be A Documentary Series! My name is Suzanne Buchanan. There is an active arrest warrant for me in Thailand for articles I published on "The Backpacker Murders" as the former owner and editor of the Samui Times. I am a British citizen and had … END_OF_DOCUMENT_TOKEN_TO_BE_REPLACED

In this true crime-flavored novel, Detective William Boyett is called out on Mardi Gras evening in Mobile, Alabama to investigate the discovery of a young woman’s body wrapped in a carpet in a vacant lot a few blocks from the parade route. Over … END_OF_DOCUMENT_TOKEN_TO_BE_REPLACED