In 1977, I began my law enforcement career in a small town in southeastern Pennsylvania. As a detective, I met many savvy local and federal investigators who became my mentors as I tackled bank frauds, embezzlements, organized crime and murder investigations.

During the era of the “Cocaine Cowboys,” I joined the Drug Enforcement Administration as a Special Agent. My first posting brought me to Gulf Coast city of Mobile, Alabama, the birthplace of Mardi Gras and one of the largest drug destinations at that time. Shipments of tens of thousands of pounds of marijuana and thousands of pounds of cocaine were smuggled by small and large vessels and single and multi-prop airplanes arriving from South America on a regular basis. During this time, I worked closely with many federal agencies and prosecutors and then U.S. Attorney Jeff Sessions (Yes, that Jeff Sessions).

After a twenty-three-year career in the DEA, during which I worked throughout the U.S. and abroad, I accepted an academic position and began a private investigation company.  While teaching, I often told my students stories from the field. They often told me, “You should write a book.”

MURDER AT MARDI GRAS is my first book. It developed in my head over a period of years and as I put it down on paper, I could hear and see the characters. Writing a novel isn’t unlike writing police reports for a complex on-going case – except now I get to decide how the story ends.

I hope y’all enjoy it!

About DEAF ROW Retired from a big-city homicide beat to a small Colorado mountain town, ex-detective Woodrow "Mountain" Bell yearns only to fade away. He's failed in so many ways as a father, a husband, friend, and cop that it might be too late for a … END_OF_DOCUMENT_TOKEN_TO_BE_REPLACED

Ten must track down and stop rogue scientists behind the development of criminal technology in THE HUMANZEEE EXPERIMENTS, the next installment of The 'Ten' Mystery Series! The International Security for Technological Innovations, a federal … END_OF_DOCUMENT_TOKEN_TO_BE_REPLACED 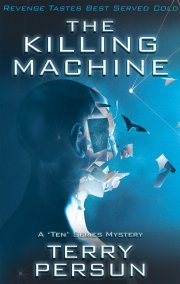 The next installment in award-winning author Terry Persun’s The ‘Ten’ Mystery Series! THE KILLING MACHINE, follows the cyber detective and scientist known as Ten. He is assigned to work on a top-secret project for the government that is abruptly … END_OF_DOCUMENT_TOKEN_TO_BE_REPLACED

I find it interesting how some authors complain about the job of writing. For example, in a recent article, a fairly well-known author lamented about having to work, raise kids, and write. The author complained how difficult it was to get things … END_OF_DOCUMENT_TOKEN_TO_BE_REPLACED

In this true crime-flavored novel, Detective William Boyett is called out on Mardi Gras evening in Mobile, Alabama to investigate the discovery of a young woman’s body wrapped in a carpet in a vacant lot a few blocks from the parade route. Over … END_OF_DOCUMENT_TOKEN_TO_BE_REPLACED

Meet Doug Lamplugh: Former Federal Agent, Private Investigator and College Instructor, who has just finished his first novel, MURDER AT MARDI GRAS. In 1977, I began my law enforcement career in a small town in southeastern Pennsylvania. As a … END_OF_DOCUMENT_TOKEN_TO_BE_REPLACED 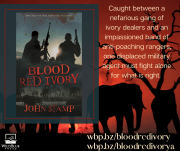 BLOOD RED IVORY is my first in a series of Ty Benhoff thrillers. For a while, I've been tossing around the idea of doing a series. Connecting plots and characters, arcing things over multiple books seemed like a fun challenge. Initially, I came up … END_OF_DOCUMENT_TOKEN_TO_BE_REPLACED 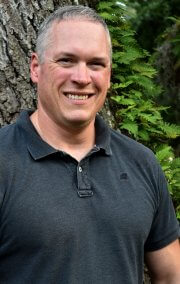 I’m a writer at heart, always have been. I wrote my first story, fifty-six pages handwritten, when I was bored in Mrs. Smith’s sixth-grade math class. I continued through high school, college, and continued when I joined the City of Charleston Police … END_OF_DOCUMENT_TOKEN_TO_BE_REPLACED

• By The Side Of The Road
• Going Under
• I Don't Like Mondays
• The Last Jewish Gangster, The Middle Years
• The Tuskegee Strangler
• The Decision To Kill
• All Along The Watchtower
• Ted Bundy
• The Last Jewish Gangster
• Carmine And The 13Th Avenue Boys
• Vampires, Gators, And Wackos
• The Curse Of The Turtle
• Deadly Associates
• Jane Doe 9
• Watch Me Die
• Mystery At The Blue Sea Cottage
• The Wheels Of Justice
• 16 Minutes
• Terror Town, Usa
• Raging On
• Grilling Dahmer
• The 'Peyton Place' Murder
• Cold Blooded
• Faith Based Fraud
• The Real Mr. Big
• The Son Of Seven Mothers
• 'The Son Of Sam' And Me
• Serial Killers
• Satin Pumps
• Out Of The Mouths Of Serial Killers
• True Crime Chronicles Volume Two
• The World Encyclopedia Of Serial Killers Volume Three
• The Enigma Of Ted Bundy
• True Crime Chronicles Volume One
• Killing Women
• From The Mob To The Movies
• The World Encyclopedia Of Serial Killers Volume Two
• To Kill Or Be Killed
• No Angels
• Monster
• Under A Full Moon
• 'Til Death Do Us ...'
• The World Encyclopedia Of Serial Killers
• First Degree Rage
• The 'Supreme Gentleman' Killer
• Beast Of New Castle
• The Garden State Parkway Murders
• How Now, Butterfly?
• The Encyclopedia Of The Ted Bundy Murders
• Survival
• Missing ... And Presumed Dead
• Wrong Numbers
• Tantamount
• Playing Dead
• Mothers And Murderers
• Dead Reckoning
• Underworld
• Gabacho
• The Gangster's Cousin
• Race To Justice
• Ted Bundy's Murderous Mysteries
• Travesty Of Justice
• Railroaded
• You Have A Very Soft Voice, Susan
• A Family Business
• Pathological
• Wrecking Crew
• The Last Man Standing
• My Son, The Killer
• Inconvenience Gone
• Toxic Rage
• The Killing Game
• Shots In The Dark
• The Case Of The Golden State Killer
• His Garden
• The Crate
• Burned
• The Case Of The Zodiac Killer
• A Murder In My Hometown
• Bullied To Death
• The Beast I Loved
• Summary Execution
• The Shawcross Letters
• Better Off Dead
• Sidetracked
• My Brother's Keeper
• Targeted
• Held Hostage
• Room 1203
• A Special Kind Of Evil
• Brooklyn's Most Wanted
• Outlaw Los Angeles
• Unsolved No More
• She Is Evil
• The Rise And Fall Of A Casino Mobster
• Outlaw Southwest
• A Clockwork Murder
• Raw Deal
• The Bundy Secrets
• Betrayal In Blue
• The Politics Of Murder
• Murderers Row
• Rough Trade
• Daddy's Little Secret
• Murder In The Family
• Failure Of Justice
• Ice And Bone
• Smooth Talker
• The Trail Of Ted Bundy
• A Taste For Murder
• Sketchcop
• Body Of Proof
• Kentucky Bloodbath
• No Stone Unturned
• Repeat Offender
• Dixie's Last Stand
• Vampire
• Man Overboard
• Bogeyman
• Murderers Row Volume Two 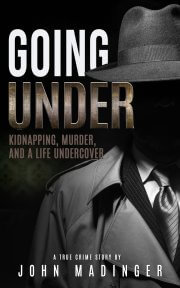 Kidnapping, Murder, and A Life Undercover by John Madinger is available 09/13/2022 "I just want to make sure I've got this right. You hanged all three of them?" That's how it began, a case where the cops are crooks and the crooks are cops, a … END_OF_DOCUMENT_TOKEN_TO_BE_REPLACED

The True Story Behind America's First Modern School Shooting In 1979, Brenda Spencer, a seemingly average teenage girl living in a nice suburban neighborhood, made and executed plans that would place her in infamy and set a violent and terrifying … END_OF_DOCUMENT_TOKEN_TO_BE_REPLACED 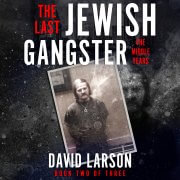 Volume Two | The Middle Years The Last Jewish Gangster, The Middle Years, starts in 1968 with Michael Hardy entering the world’s most dangerous prison in Mexico after taking the rap for his mother’s counterfeiting scheme, trusting she’ll love … END_OF_DOCUMENT_TOKEN_TO_BE_REPLACED

Jerry Marcus fooled them all. He was “a nice guy,” always helped at home, did well in school, an athlete, and always employed. When things went wrong, he was the first to help clean up the mess. He was the last person anyone suspected of being a … END_OF_DOCUMENT_TOKEN_TO_BE_REPLACED

About DEAF ROW Retired from a big-city homicide beat to a small Colorado mountain town, ex-detective Woodrow "Mountain" Bell yearns only to fade away. He's failed in so many ways as a father, a husband, friend, and cop that it might be too late for a … END_OF_DOCUMENT_TOKEN_TO_BE_REPLACED

The True Story Of The Abduction And Murder Of Ann Harrison Is Available September 27, 2022. In the early hours of March 22, 1989, two friends – career criminals with violent felony convictions - drove around the eastern Kansas City area in a … END_OF_DOCUMENT_TOKEN_TO_BE_REPLACED 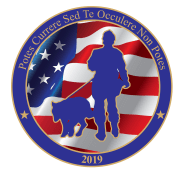 Rule One When Hunting Serial Killers: Don't Become the Next Victim There is a serial killer up there! Lieutenant JW North, of the Long Beach Police Department, stood quietly in front of an elevator to the North Tower of the Ultimo Hotel in Las … END_OF_DOCUMENT_TOKEN_TO_BE_REPLACED