Since embarking on this wrongful conviction book project in January of 2014, A FAILURE OF JUSTICE underwent multiple revisions. One of my early drafts contained a curious older gentleman named Earl. He grew up in Nebraska, graduated from the University of Nebraska but went to prison for an underage sodomy charge.

“I was busted in Lincoln for a man lying to me about his age in 1953 for a homosexual act, and I did thirteen months in the men’s reformatory, which turned my life around to make a better man out of me with dynamic energy and made a whiz bang in the automobile business out of me out West,” Earl stated during a 1985 police interview.

As the Helen Wilson murder remained unsolved for more than ten months, Earl arranged for a private meeting with two detectives assigned to the case, one from the Nebraska State Patrol and the other from the Lincoln Police Department. “I want to get the ransom, and I’ll probably donate that to charity or most of it for some good cause,” Earl declared. 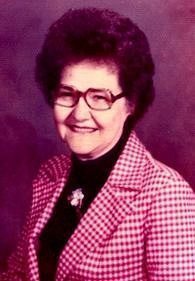 Helen Wilson was near her 69th birthday when she was brutally raped and slain. Her death later became Nebraska’s biggest wrongful conviction case.

During the interview, Earl openly speculated how multiple people were involved in the cold-blooded killing of Mrs. Helen Wilson, which appeared to be the work of a sexual pervert, he pointed out. “But you want to remember one thing, gentlemen. Two out of three people walking around in Beatrice are not playing with a full deck. I think that you’re probably aware of that, and the other third, as the British would say, are dumb as dishwater.” 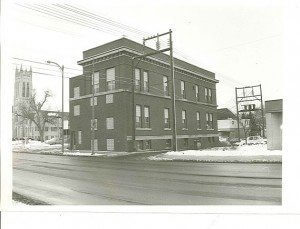 On Feb. 6, 1985 police found the body of Helen Wilson inside her apartment. Decades later, the crime became Nebraska’s most egregious wrongful conviction case.

Earl also threw out another crazy theory that Helen Wilson’s homicide’s probe went cold because the killer was a local homosexual acquainted with some police officers in that same town who were rumored to be gay. “The fact is, the killing of Helen Wilson is a shielded, I feel, and protected source of information that has been, I would say, either covered up or withdrawn or disposed of from long investigation files in the Beatrice law enforcement agency.”

MY TAKE: Virtually every unsolved homicide investigation in a small town involves one or more misguided crack pots. Although Earl was flamboyant, chatty and colorful, I just could not convince myself that his commentary added value to the story line.

Let’s not forget Helen Wilson was truly a tragic murder victim. There was absolutely no shred of evidence pointing to the notion she somehow sold medications on the black market out of her apartment. This rumor or suggestion by the out of town informant was completely absurd.

It's always a good day for free audiobooks! That's right! Free audiobooks! Just a gift from us to you, our readers.   Browse by genre and select the cover to get more information and your … END_OF_DOCUMENT_TOKEN_TO_BE_REPLACED

We know how hard 2020 has been. To help you end the year on a better note, we wanted to give you the gift of free audiobooks! Hence, the Holiday 2020 Audiobook Giveaway! You're probably thinking of … END_OF_DOCUMENT_TOKEN_TO_BE_REPLACED

Investigative journalist and WildBlue Press author John Ferak has done extensive work on the Steven Avery Case, which has been detailed on the Netflix original "Making a Murderer." Check out John's … END_OF_DOCUMENT_TOKEN_TO_BE_REPLACED

Since embarking on this wrongful conviction book project in January of 2014, A FAILURE OF JUSTICE underwent multiple revisions. One of my early drafts contained a curious older gentleman named Earl. … END_OF_DOCUMENT_TOKEN_TO_BE_REPLACED

Due to Sullivan’s extensive writing about Ted Bundy (which has produced six books), he’s become a sort of magnet over the years, drawing out many people who were part of the Bundy story, but have otherwise kept a low profile over the decades; and … END_OF_DOCUMENT_TOKEN_TO_BE_REPLACED

Volume One The Early Years In 1944 Brooklyn, newborn Michael J. Hardy is rejected by his mother so she can run with gangster Bugsy Siegel, Hardy’s godfather. Shirley Rook rose to the top of the criminal ranks. As the Queen of New York City … END_OF_DOCUMENT_TOKEN_TO_BE_REPLACED

This is the true story of Carmine Imbriale – a gambler, a brawler, a bandit, a bookie, an enforcer. For two decades, Imbriale was a street-level operative in one of the most violent crews in the Colombo Family, and he endeared himself to some of the … END_OF_DOCUMENT_TOKEN_TO_BE_REPLACED

Ten must track down and stop rogue scientists behind the development of criminal technology in THE HUMANZEEE EXPERIMENTS, the next installment of The 'Ten' Mystery Series! The International Security for Technological Innovations, a federal … END_OF_DOCUMENT_TOKEN_TO_BE_REPLACED

A 1986 family tragedy propels this gripping true crime debut as a mother searches for answers in the shocking murder of her husband—and conviction of her son. For years, Cherie struggles to overcome the consuming grief she suffers from the loss of … END_OF_DOCUMENT_TOKEN_TO_BE_REPLACED

It was a dreary winter afternoon in Ayer, Massachusetts, a quintessential New England town, the type which is romanticized in Robert Frost's poems. But on January 30, 1979, a woman’s scream was heard piercing the northeast tempest wind. In an … END_OF_DOCUMENT_TOKEN_TO_BE_REPLACED