The terrible plight of the Beatrice 6 was the subject of my recent book for WildBlue Press titled, “FAILURE OF JUSTICE.”

The book continues to sell well and draw rave reviews from readers of true crime.

Here’s the link to the breaking news story written by the Lincoln Journal Star’s Lori Pilger, who covered the month-long trial at the federal courthouse in Lincoln, Nebraska. 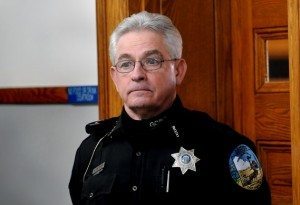 The Beatrice 6 were exonerated in 2008 and given pardons in 2009. Since that time, amazingly, the forces of power at the Gage County Courthouse have rallied around their fallen leaders, including deputy Burt Searcey, the man responsible for the deplorable murder investigation that led to six wrongful convictions. Gage County had spent more than $1 million in outside legal fees PRIOR to the start of the month-long trial that ended in a disastrous outcome for the Gage County Board of Supervisors and their taxpayers – who are now in the hook for a massive payout to the Beatrice 6.

It's always a good day for free audiobooks! That's right! Free audiobooks! Just a gift from us to you, our readers.   Browse by genre and select the cover to get more information and your … END_OF_DOCUMENT_TOKEN_TO_BE_REPLACED

We know how hard 2020 has been. To help you end the year on a better note, we wanted to give you the gift of free audiobooks! Hence, the Holiday 2020 Audiobook Giveaway! You're probably thinking of … END_OF_DOCUMENT_TOKEN_TO_BE_REPLACED

Investigative journalist and WildBlue Press author John Ferak has done extensive work on the Steven Avery Case, which has been detailed on the Netflix original "Making a Murderer." Check out John's … END_OF_DOCUMENT_TOKEN_TO_BE_REPLACED

Since embarking on this wrongful conviction book project in January of 2014, A FAILURE OF JUSTICE underwent multiple revisions. One of my early drafts contained a curious older gentleman named Earl. … END_OF_DOCUMENT_TOKEN_TO_BE_REPLACED

Due to Sullivan’s extensive writing about Ted Bundy (which has produced six books), he’s become a sort of magnet over the years, drawing out many people who were part of the Bundy story, but have otherwise kept a low profile over the decades; and … END_OF_DOCUMENT_TOKEN_TO_BE_REPLACED

Volume One The Early Years In 1944 Brooklyn, newborn Michael J. Hardy is rejected by his mother so she can run with gangster Bugsy Siegel, Hardy’s godfather. Shirley Rook rose to the top of the criminal ranks. As the Queen of New York City … END_OF_DOCUMENT_TOKEN_TO_BE_REPLACED

This is the true story of Carmine Imbriale – a gambler, a brawler, a bandit, a bookie, an enforcer. For two decades, Imbriale was a street-level operative in one of the most violent crews in the Colombo Family, and he endeared himself to some of the … END_OF_DOCUMENT_TOKEN_TO_BE_REPLACED

Ten must track down and stop rogue scientists behind the development of criminal technology in THE HUMANZEEE EXPERIMENTS, the next installment of The 'Ten' Mystery Series! The International Security for Technological Innovations, a federal … END_OF_DOCUMENT_TOKEN_TO_BE_REPLACED

It was a dreary winter afternoon in Ayer, Massachusetts, a quintessential New England town, the type which is romanticized in Robert Frost's poems. But on January 30, 1979, a woman’s scream was heard piercing the northeast tempest wind. In an … END_OF_DOCUMENT_TOKEN_TO_BE_REPLACED