Get THE LAST MAN STANDING
eBook 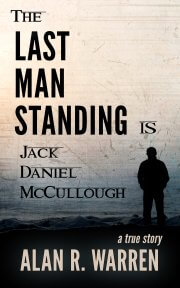 It was a shattering death bed confession by a heartbroken mother. But would it solve the oldest cold case murder case in American jurisprudence?

In January 1994, Eileen Tessier told Jack McCullough’s half-sister Janet Tessier that he, her son, kidnapped 7-year-old Maria Ridulph from their neighborhood in Sycamore, Illinois and killed her in December 1957. It was a case that tore the child’s family apart, as well as dividing and terrifying the town as the days, then the months, and finally the years passed with no arrest.

In 2008 the Illinois State police reopened the case against Jack after receiving an email from Janet Tessier about their mother’s deathbed confession. After the Illinois State police interviewed Janet and learned that Jack had also been accused of raping their other sister, Jeanne Tessier, they reopened the case. But would reopening the case solve the question of who killed Maria Ridulph? And was McCullough the killer?

In THE LAST MAN STANDING, true crime author Alan Warren writes in exacting detail about the kidnapping, murder and subsequent investigations—both in 1957 and 2008—that eventually led to the murder conviction of Jack McCullough. But the story doesn’t stop there as it delves into the years McCullough spent in prison and the efforts to have his conviction overturned.

Was McCullough the brutal killer of a little girl? Or was he the last man standing when the justice system decided he needed to pay for the crime? You decide.

The headline on the front page of Sycamore’s afternoon paper screamed the bad news that everybody in town already suspected: “Missing Girl, 7, Feared Kidnapped.” Foul play was suspected, but there were no real clues. When Maria went missing, she was wearing a brown three-quarter length coat, black corduroy slacks, brown socks, and freshly polished saddle shoes. She weighed about 55 pounds, was 44 inches tall and wore her hair in a wavy brown bob style with bangs.

The man who called himself Johnny, police reported, wore a striped sweater of blue, yellow, and green. He had long blond hair that curled in the front and flopped onto his forehead.

But there were conflicting reports about the exact time of Maria’s disappearance. Was she snatched closer to 6 p.m. or did it happen later, at about 7 p.m.? Police and FBI reports as well as newscasts from the time contained details that supported both scenarios.

Sycamore’s police chief, William Hindenburg, told FBI agents that Kathy and Maria went out to play at 6:02 p.m., but the DeKalb County sheriff said that Maria didn’t call Kathy to ask her to come out and play until 6:30 p.m. Maria’s mother later altered her original estimate, saying the girls could have been outside as early as 10 minutes to 6. The time differences would become a very important matter when the case was reopened 50 years later.

After a week had passed, Maria’s mother decided to go to the media and make a plea for her daughter. “God forgives mistakes. We would, too,” Frances Ridulph said to the local newspaper reporter. “Maria was a nervous girl, a nail biter who could quickly become hysterical if things didn’t go her way.” She continued, “Maria would make a noise if something seemed wrong, and no kidnapper would put up with that for long.” She exclaimed, “Whoever took her away hit her weak spot. He played with her.” The frantic mother finished.

Frances then went to the local TV station to deliver a message to Maria. “Don’t cry, Maria. Above all, don’t cry. Don’t make a fuss. We’ll be with you soon.” 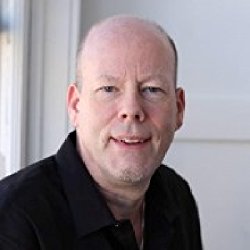 Alan R Warren is one of the current hosts of the House of Mystery Radio Show that is heard on KKNW 1150 A.M. in Seattle and is syndicated in many markets throughout the U.S. including 106.5 F.M. KCAA Los Angeles, Riverside & Palm Springs and in Utah on KYAH 540 A.M. in Salt Lake City and KFNX 1100 A.M. Phoenix. He has written six best-selling True Crime Books and Articles for True Crime Case Files Magazine and Serial Killer Magazine.

Alan achieved his Masters in Music and his minor in Criminology at the University of Washington in 1998. He has gone on to receive his Doctorate in Religious Studies in 2016.

He also has his recording and sound engineering certificate from the Award-Winning Bullfrog Studios in Vancouver B.C., Canada

Soon To Be A Documentary Series! My name is Suzanne Buchanan. There is an active arrest warrant for me in Thailand for articles I published on "The Backpacker Murders" as the former owner and editor of the Samui Times. I am a British citizen and had … END_OF_DOCUMENT_TOKEN_TO_BE_REPLACED

Coming January 29th to REELZChannel™! The DEADLY ASSOCIATES documentary! Step into Chicago during the 1960s and ‘70s, where mobsters influence everyone from strip-club owners to Teamsters, aldermen, judges, and local police. It is a world where … END_OF_DOCUMENT_TOKEN_TO_BE_REPLACED

"Lizzette Martinez’s story embodies the fire energy that gives light and life to survivors all around her! Survivors need to see strength and perseverance despite opposition, and Lizzette models just that." - Melissa Schuman, actress and singer In … END_OF_DOCUMENT_TOKEN_TO_BE_REPLACED

Step inside the death chamber and behind the walls of Ohio’s death row. Bill Kimberlin, Psy.D, invites the reader on an extensive and unbiased journey inside Ohio’s death row in WATCH ME DIE: Last Words From Death Row. You will see how these … END_OF_DOCUMENT_TOKEN_TO_BE_REPLACED

"The wheels of justice turn slowly, but grind exceedingly fine." Renee Fehr knew that Gregory Houser killed her sister Sheryl. There was not a single doubt in her mind. Yet for 27 years Houser walked free. But Renee wouldn’t rest … END_OF_DOCUMENT_TOKEN_TO_BE_REPLACED

On the early morning of March 6, 1993, an intense fire broke out in a tiny nursery. Sixteen minutes later, firefighters had extinguished the blaze, only to reveal a room burned so severely, everything was virtually unrecognizable. Then, they were … END_OF_DOCUMENT_TOKEN_TO_BE_REPLACED

During the early morning hours of July 17, 1983, fatigue became a factor for the young couple from central Illinois who spent their day under the hot sun at Marriott’s Great America amusement park north of Chicago. On their drive home, the tired … END_OF_DOCUMENT_TOKEN_TO_BE_REPLACED

Some Cases You Solve. Some Cases You Survive. Naval Criminal Investigative Service Special Agent, Tyrone Benhoff is in purgatory. That’s what agents call it when they find themselves on the wrong side of command and are transferred to a place … END_OF_DOCUMENT_TOKEN_TO_BE_REPLACED

New from award-winning author Terry Persun! After the murder of his wife and unborn child, the only time freelance tech investigator Ten feels alive is when he cuts himself. For the last few years, he has taken freelance investigative jobs. Some of … END_OF_DOCUMENT_TOKEN_TO_BE_REPLACED

Coming January 29th to REELZChannel™! The DEADLY ASSOCIATES documentary! Step into Chicago during the 1960s and ‘70s, where mobsters influence everyone from strip-club owners to Teamsters, aldermen, judges, and local police. It is a world where … END_OF_DOCUMENT_TOKEN_TO_BE_REPLACED

"Lizzette Martinez’s story embodies the fire energy that gives light and life to survivors all around her! Survivors need to see strength and perseverance despite opposition, and Lizzette models just that." - Melissa Schuman, actress and singer In … END_OF_DOCUMENT_TOKEN_TO_BE_REPLACED

Soon To Be A Documentary Series! My name is Suzanne Buchanan. There is an active arrest warrant for me in Thailand for articles I published on "The Backpacker Murders" as the former owner and editor of the Samui Times. I am a British citizen and had … END_OF_DOCUMENT_TOKEN_TO_BE_REPLACED

In this true crime-flavored novel, Detective William Boyett is called out on Mardi Gras evening in Mobile, Alabama to investigate the discovery of a young woman’s body wrapped in a carpet in a vacant lot a few blocks from the parade route. Over … END_OF_DOCUMENT_TOKEN_TO_BE_REPLACED