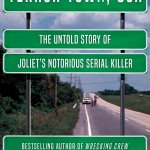 During the early morning hours of July 17, 1983, fatigue became a factor for the young couple from central Illinois who spent their day under the hot sun at Marriott’s Great America amusement park north of Chicago. On their drive home, the tired teenagers pulled to the shoulder of Interstate 55 to get a restful sleep. As the teens slept inside their car under the moon and the stars, a dangerous force of evil lurked in the shadows, parking … END_OF_DOCUMENT_TOKEN_TO_BE_REPLACED 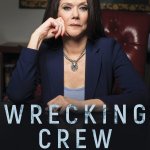 “Ferak chronicles the long and sordid history of the Manitowoc County Sheriff’s department and the reason Sweaty’s license was suspended. Framing Avery was just par for the course." -- Kathleen Zellner In 2016-17, while working for the USA TODAY NETWORK’s Wisconsin Investigative Team, author John Ferak wrote dozens of articles examining the murder case against Steven Avery, who had already beat one wrongful conviction only to be charged with the … END_OF_DOCUMENT_TOKEN_TO_BE_REPLACED 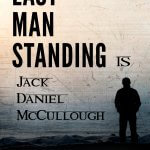 It was a shattering death bed confession by a heartbroken mother. But would it solve the oldest cold case murder case in American jurisprudence? In January 1994, Eileen Tessier told Jack McCullough's half-sister Janet Tessier that he, her son, kidnapped 7-year-old Maria Ridulph from their neighborhood in Sycamore, Illinois and killed her in December 1957. It was a case that tore the child’s family apart, as well as dividing and terrifying the … END_OF_DOCUMENT_TOKEN_TO_BE_REPLACED

It's the holidays again! You're probably searching for and picking out the perfect present for everyone on your list. Consider this your reminder to treat yourself to something nice this holiday season, like free audiobooks with our Holiday Audiobook … END_OF_DOCUMENT_TOKEN_TO_BE_REPLACED

It's always a good day for free audiobooks! That's right! Free audiobooks! Just a gift from us to you, our readers.   Browse by genre and select the cover to get more information and your free copy! Non-Fiction True Crime Business … END_OF_DOCUMENT_TOKEN_TO_BE_REPLACED

Soon To Be A Documentary Series! My name is Suzanne Buchanan. There is an active arrest warrant for me in Thailand for articles I published on "The … END_OF_DOCUMENT_TOKEN_TO_BE_REPLACED

In this true crime-flavored novel, Detective William Boyett is called out on Mardi Gras evening in Mobile, Alabama to investigate the discovery of a … END_OF_DOCUMENT_TOKEN_TO_BE_REPLACED

Terrifying things are happening to Kay Weden, a forty-something single mom and high school teacher in Salisbury, North Carolina. Despite having no known enemies, Kay’s home, car, and peace of mind are under attack throughout 1993. Most chilling … END_OF_DOCUMENT_TOKEN_TO_BE_REPLACED

In “The Garden State Parkway Murders,” true crime writer and attorney Christian Barth dives into the harrowing story of the unsolved murders of Elizabeth Perry and Susan Davis. College friends, the two women were brutally knifed to death and their … END_OF_DOCUMENT_TOKEN_TO_BE_REPLACED

Losing a young daughter to murder is the worst nightmare that a mother could possibly imagine, but what if the killer was her son? Charity Lee was thrust into this unimaginable situation when her 13-year-old son Paris murdered her beloved 4-year-old … END_OF_DOCUMENT_TOKEN_TO_BE_REPLACED

On a cold Southern night in 2013 under a full moon, 20-year-old Heather Elvis parked her car at a boat ramp along the Intracoastal Waterway and was never seen again.  The disappearance of the beautiful, vivacious hostess at a … END_OF_DOCUMENT_TOKEN_TO_BE_REPLACED

“Ferak chronicles the long and sordid history of the Manitowoc County Sheriff’s department and the reason Sweaty’s license was suspended. Framing Avery was just par for the course." -- Kathleen Zellner In 2016-17, while working for the USA TODAY … END_OF_DOCUMENT_TOKEN_TO_BE_REPLACED

Joe Mac was a legendary homicide detective until his vision was lost in the line of duty and he was forced into retirement. Now he lives a life of darkness, his only friend being a huge Raven that Joe Mac names “Poe.” But when Joe Mac’s grandson … END_OF_DOCUMENT_TOKEN_TO_BE_REPLACED

Winner of the 2020 INDEPENDENT PRESS AWARD and 2018 LITERARY EXCELLENCE PENCRAFT AWARD A practicing attorney, author Anne K. Howard first contacted Howell while he was serving a fifteen-year sentence for the murder of one of his seven victims. He … END_OF_DOCUMENT_TOKEN_TO_BE_REPLACED

Winner of 7 Literary Awards!  “THE CRATE is an important and impressive piece of work. I’m glad it was written, and I’m glad I read it.” -- Lee Child, #1 New York Times bestselling author of the Jack Reacher Series After surviving the horrors … END_OF_DOCUMENT_TOKEN_TO_BE_REPLACED

The True Story Behind The Hit Film 'Casino' From An ‘Enforcer’ Who Lived It The Chicago organized crime family known as the “Outfit” dates back to the reign of the infamous Al Capone and prohibition. As the years passed and prohibition was repealed, … END_OF_DOCUMENT_TOKEN_TO_BE_REPLACED

The Captivating "True Story Of The World's Premier Forensic Investigators" at NecroSearch International Updated and Revised! Now Available for the First Time As Kindle eBook, Audible and iTunes Editions! A body stuffed in a car trunk swallowed by … END_OF_DOCUMENT_TOKEN_TO_BE_REPLACED

• The Curse Of The Turtle
• Deadly Associates
• Jane Doe 9
• Watch Me Die
• Mystery At The Blue Sea Cottage
• The Wheels Of Justice
• 16 Minutes
• Terror Town, Usa
• Raging On
• Grilling Dahmer
• The 'Peyton Place' Murder
• Cold Blooded
• Faith Based Fraud
• The Real Mr. Big
• The Son Of Seven Mothers
• 'The Son Of Sam' And Me
• Serial Killers
• Satin Pumps
• Out Of The Mouths Of Serial Killers
• True Crime Chronicles Volume Two
• The World Encyclopedia Of Serial Killers Volume Three
• The Enigma Of Ted Bundy
• True Crime Chronicles Volume One
• Killing Women
• From The Mob To The Movies
• The World Encyclopedia Of Serial Killers Volume Two
• To Kill Or Be Killed
• No Angels
• Monster
• Under A Full Moon
• 'Til Death Do Us ...'
• The World Encyclopedia Of Serial Killers
• First Degree Rage
• The 'Supreme Gentleman' Killer
• Beast Of New Castle
• The Garden State Parkway Murders
• How Now, Butterfly?
• The Encyclopedia Of The Ted Bundy Murders
• Survival
• Missing ... And Presumed Dead
• Wrong Numbers
• Tantamount
• Playing Dead
• Mothers And Murderers
• Dead Reckoning
• Underworld
• Gabacho
• The Gangster's Cousin
• Race To Justice
• Ted Bundy's Murderous Mysteries
• Travesty Of Justice
• Railroaded
• You Have A Very Soft Voice, Susan
• A Family Business
• Pathological
• Wrecking Crew
• The Last Man Standing
• My Son, The Killer
• Inconvenience Gone
• Toxic Rage
• The Killing Game
• Shots In The Dark
• The Case Of The Golden State Killer
• His Garden
• The Crate
• Burned
• The Case Of The Zodiac Killer
• A Murder In My Hometown
• Bullied To Death
• The Beast I Loved
• Summary Execution
• The Shawcross Letters
• Better Off Dead
• Sidetracked
• My Brother's Keeper
• Targeted
• Held Hostage
• Room 1203
• A Special Kind Of Evil
• Brooklyn's Most Wanted
• Outlaw Los Angeles
• Unsolved No More
• She Is Evil
• The Rise And Fall Of A Casino Mobster
• Outlaw Southwest
• A Clockwork Murder
• Raw Deal
• The Bundy Secrets
• Betrayal In Blue
• The Politics Of Murder
• Murderers Row
• Rough Trade
• Daddy's Little Secret
• Murder In The Family
• Failure Of Justice
• Ice And Bone
• Smooth Talker
• The Trail Of Ted Bundy
• A Taste For Murder
• Sketchcop
• Body Of Proof
• Kentucky Bloodbath
• No Stone Unturned
• Repeat Offender
• Dixie's Last Stand
• Vampire
• Man Overboard
• Bogeyman
• Murderers Row Volume Two

Some Cases You Solve. Some Cases You Survive. Naval Criminal Investigative Service Special Agent, Tyrone Benhoff is in purgatory. That’s what agents call it when they find themselves on the wrong side of command and are transferred to a place … END_OF_DOCUMENT_TOKEN_TO_BE_REPLACED

New from award-winning author Terry Persun! After the murder of his wife and unborn child, the only time freelance tech investigator Ten feels alive is when he cuts himself. For the last few years, he has taken freelance investigative jobs. Some of … END_OF_DOCUMENT_TOKEN_TO_BE_REPLACED

Coming January 29th to REELZChannel™! The DEADLY ASSOCIATES documentary! Step into Chicago during the 1960s and ‘70s, where mobsters influence everyone from strip-club owners to Teamsters, aldermen, judges, and local police. It is a world where … END_OF_DOCUMENT_TOKEN_TO_BE_REPLACED

"Lizzette Martinez’s story embodies the fire energy that gives light and life to survivors all around her! Survivors need to see strength and perseverance despite opposition, and Lizzette models just that." - Melissa Schuman, actress and singer In … END_OF_DOCUMENT_TOKEN_TO_BE_REPLACED

Soon To Be A Documentary Series! My name is Suzanne Buchanan. There is an active arrest warrant for me in Thailand for articles I published on "The Backpacker Murders" as the former owner and editor of the Samui Times. I am a British citizen and had … END_OF_DOCUMENT_TOKEN_TO_BE_REPLACED

In this true crime-flavored novel, Detective William Boyett is called out on Mardi Gras evening in Mobile, Alabama to investigate the discovery of a young woman’s body wrapped in a carpet in a vacant lot a few blocks from the parade route. Over … END_OF_DOCUMENT_TOKEN_TO_BE_REPLACED