“There is recognition and alienation wrapped up inside horror. Extreme crime evokes a horror that is more real than something a reader knows does not exist.” –Richard Godwin in A thin line between Crime and Horror Fiction for The Thrill Begins 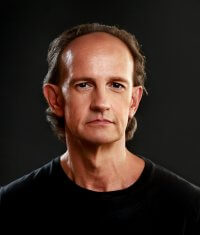 Richard Godwin, the master of noir

Richard Godwin is the critically acclaimed author of Apostle Rising, Mr. Glamour, One Lost Summer, Noir City, Meaningful Conversations, Confessions Of A Hit Man, Paranoia And The Destiny Programme and Wrong Crowd. His stories have been published in numerous paying magazines and over 34 anthologies, among them an anthology of his stories, Piquant: Tales Of The Mustard Man, and The Mammoth Book Of Best British Crime and The Mammoth Book Of Best British Mystery, alongside Lee Child. He was born in London and lectured in English and American literature at the University of London. You can find out more about him at his website www.richardgodwin.net , where you can read a full list of his works, and where you can also read his Chin Wags At The Slaughterhouse, his highly popular and unusual interviews with other authors. 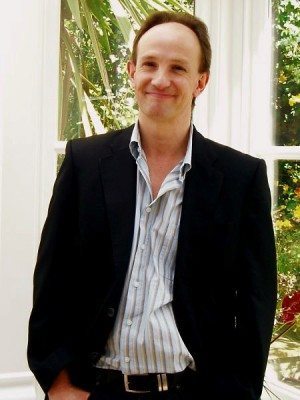 “Richard Godwin is a fearless and imaginative writer, unafraid of stretching the boundaries into realms where the best tales come from. Godwin’s name deserves to be on the lips of all readers, and his books in their hands.”
—Matt Hilton, author of the best selling Joe Hunter thrillers.
“If you love Ken Bruen and John Connolly, Godwin’s the man you will be following next.”
—Scott Phillips, bestselling author of The Ice Harvest and Cottonwood.
“Richard Godwin knows how his characters dress, what they drink and what they drive. He knows how they live – and how they die. Here’s hoping no one recognized themselves in Godwin’s cold canvas. Combines the fun of a good story with the joy of witty, vivid writing.”
—Heywood Gould, author of The Serial Killer’s Daughter.

Some Cases You Solve. Some Cases You Survive. Naval Criminal Investigative Service Special Agent, Tyrone Benhoff is in purgatory. That’s what agents call it when they find themselves on the wrong side of command and are transferred to a place … END_OF_DOCUMENT_TOKEN_TO_BE_REPLACED

New from award-winning author Terry Persun! After the murder of his wife and unborn child, the only time freelance tech investigator Ten feels alive is when he cuts himself. For the last few years, he has taken freelance investigative jobs. Some of … END_OF_DOCUMENT_TOKEN_TO_BE_REPLACED

Coming January 29th to REELZChannel™! The DEADLY ASSOCIATES documentary! Step into Chicago during the 1960s and ‘70s, where mobsters influence everyone from strip-club owners to Teamsters, aldermen, judges, and local police. It is a world where … END_OF_DOCUMENT_TOKEN_TO_BE_REPLACED

"Lizzette Martinez’s story embodies the fire energy that gives light and life to survivors all around her! Survivors need to see strength and perseverance despite opposition, and Lizzette models just that." - Melissa Schuman, actress and singer In … END_OF_DOCUMENT_TOKEN_TO_BE_REPLACED

Soon To Be A Documentary Series! My name is Suzanne Buchanan. There is an active arrest warrant for me in Thailand for articles I published on "The Backpacker Murders" as the former owner and editor of the Samui Times. I am a British citizen and had … END_OF_DOCUMENT_TOKEN_TO_BE_REPLACED

In this true crime-flavored novel, Detective William Boyett is called out on Mardi Gras evening in Mobile, Alabama to investigate the discovery of a young woman’s body wrapped in a carpet in a vacant lot a few blocks from the parade route. Over … END_OF_DOCUMENT_TOKEN_TO_BE_REPLACED